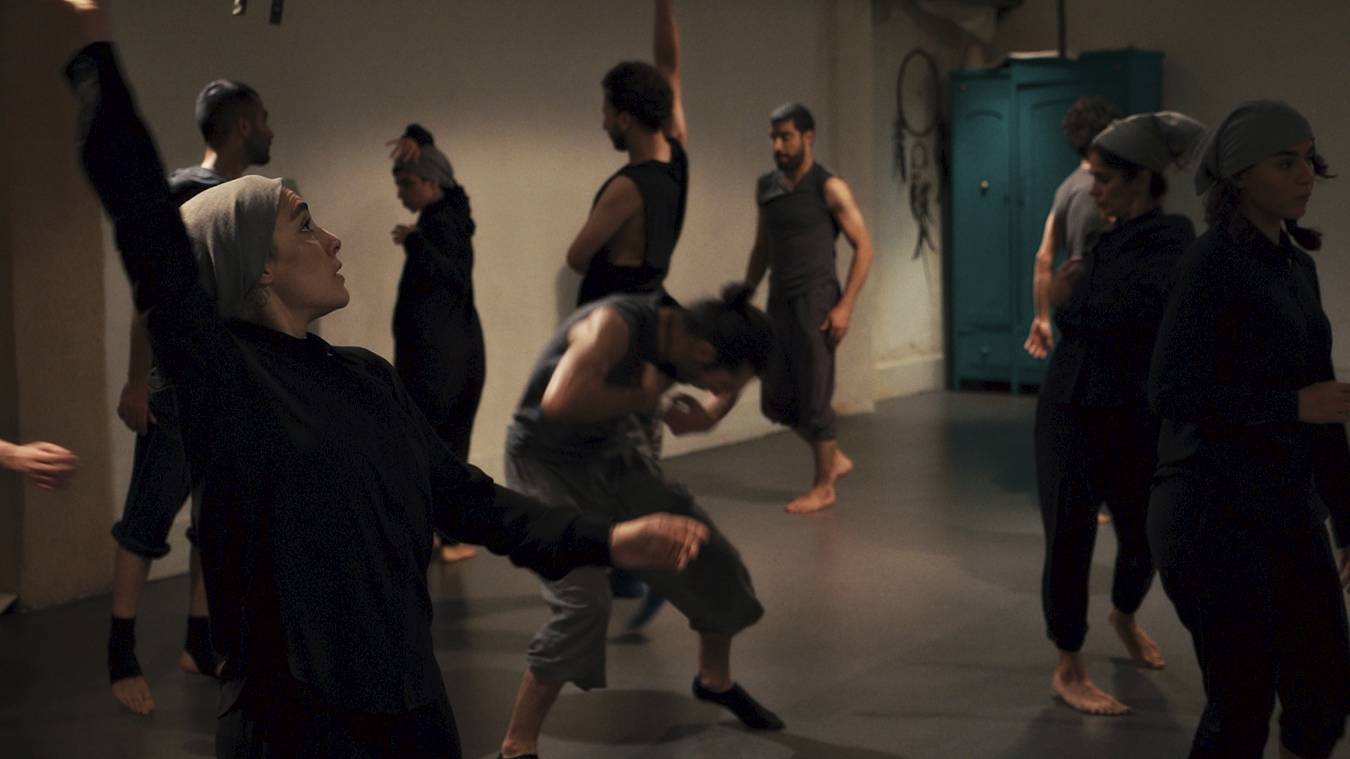 In Iran, dancing is forbidden – but some young people in Tehran are trying to teach themselves how to do it behind closed doors. They know hardly anything about the history of Iranian dance before the Revolution. Sarvnaz Alambeigi has discovered some rare film footage of the National Ballet from back then. How can someone bring together the old and the new generations of dance?

"1001 NIGHTS APART", an international documentary co-production under German auspices, shows us an area of the multi-layered Iranian culture that can only exist in secret under the rule of the Ayatollahs: In a basement room, a young theatre group rehearses an expressive dance choreography. Whether they will have the chance to present their skills to an audience at some point is uncertain.

In realising this extraordinary film project, the production team has shown great commitment, creativity and willingness to take risks. In particular, the Iranian director and producer Sarvnaz Alambeigi of the production company Rabison Art Production made a massive advance commitment: she not only had to guarantee the safety of the protagonists and the team, but also had to pre-finance a considerable part of the production costs.

Through the cooperation with the German production company Filmpunkt München, it was finally possible to secure solid international financing for the project, thus enabling the completion of a film that would have had very little chance of realisation in its country of origin alone. With their production achievements, the two "Filmpunkt" shareholders Stefan Tolz and Thomas Riedelsheimer have contributed significantly to the fact that this remarkable film and its concern can now be seen internationally.

It is to be hoped that the result of this remarkable cross-border cooperation will find a broad and interested audience despite all adversities."

An award for passion and courage in production

The process of making a documentary film is particularly difficult to plan and often involves great uncertainty. Yet time and again producers demonstrate great courage and show special creativity and commitment in project development and film financing. With the presentation of the VFF Documentary Film Production Award at DOK.fest München, we honour the passionate commitment and the role of producers in the development of current cinema documentary projects.

The award is donated by the VFF Verwertungsgesellschaft der Film und Fernsehproduzenten mbH and is endowed with 7,500 euros. The award is the first in Germany to focus on the work of documentary film producers. In 2022 it will be awarded for the fifth time at DOK.fest München.

Conditions of participation for submission

Here you can read the required criteria that had to be fulfilled for submission to the VFF Documentary Film Production Award 2022.

The VFF Documentary Film Production Award will be presented at the DOK.fest München award ceremony on Thursday, 5 May, at 8.30pm at the Deutsches Theater.

We would like to thank our award donor and partner: