"I am very happy that in a culturally yet very rich city such as Munich, we have succeeded with DOK.education in making the artistically narrative documentary film as an art and cultural treasure so well known in schools that every year a good 3,000 students from the city and around come to our cinemas to see the film and analyse it together."
Maya Reichert, head of DOK.education

Beside the work in film reception, film practice, training for teachers, presence workshops for school classes and an annual youth film competition, the heart of this programme is the "School for the Art of Seeing" which helds a good 50 school class workshops for three age groups in the cinema. Through the initiatives of DOK.education with numerous cultural providers, TV institutions and schools, project manager Maya Reichert has built up a large qualitative network in which the artistically narrative documentary film is always at the centre.

Since March 2020 DOK.education reaches out with an online version of the programme. The team developed – based on their longtime experience in film mediation – three one-hour online seminars within a flipped classroom model to replace the regular attendance seminars during the coronabased homeschooling situation. Pupils watch the curated films and learn in the moderated part how documentary films are made and how they work through film language and the reception of the spectators. Accompanying school material for the film seminar gives teachers the opportunity to follow up in the classroom or via homework. The online version in May 2020 was a huge success: over 300 teachers requested the seminar for their classes, and by the end of the festival in May almost 3,000 pupils had seen it.

Take a look at the DOK.education 2020 programme booklet.

Offer for school classes and teachers – online and at the cinema

The moderated school class workshops use a short film to provide an initial understanding of the readability of artistic film narratives. Here is an overview of the 2021 programme in German. Teacher trainig "Learning to Read Film - On Cinematic Design and Dramaturgy in Documentary Film" using the example of I AM GRETA. Read more in German

Understanding the history of Europe with documentaries: DOK.education launches a new form of learning for young people. Read more Cultural Conference Day For Schools With Film Of Your Choice

Film screening of a requested long documentary film by teachers (from the festival programme or the regular cinema programme), which is followed by a film talk. A collaboration together with City Kinos Munich, the University of Television and Film Munich and the Munich City Library Am Gasteig. Read more in German. 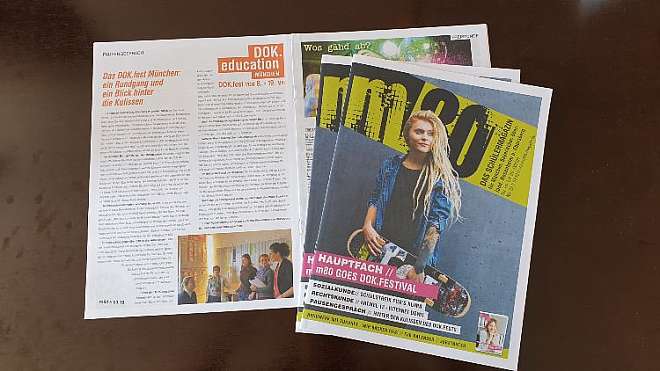 Reporting from the world of a film festival? Interviewing a professional filmmaker? In the m80 workshop, young people can experience the everyday life of a cultural editorial office during the winter holidays. This project is unique in Germany – participation is free of charge! Read more in German. You can handle the camera and you have experienced something interesting? In the Bavaria-wide film competition for young people we are looking for short film stories that show us life. Submit now until April 2nd, 2021! Read more in German. 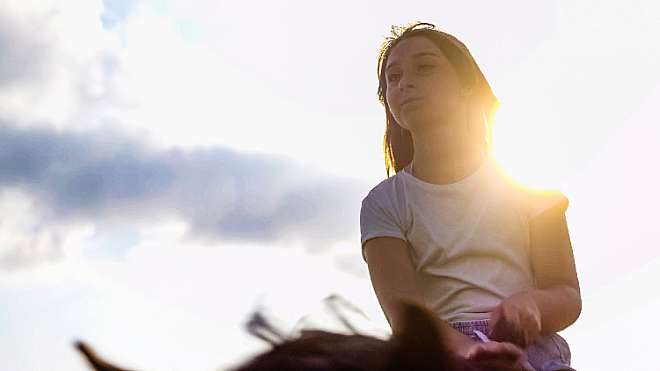 Where to put all the digital content that we produce? In a week-long series of workshops, we develop an online platform with young people where they can showcase their photos, videos and texts away from social platforms. The results will be presented in an exhibition at DOK.fest München 2021. Read more in German As part of the 36th DOK.fest Munich, freelance cameraman Martin Noweck from the Munich Media Centre offers an introduction to working with the camera. Read more in German A look behind the scenes: What does it mean to be a YouTuber? What are the biggest challenges, what tips & tricks are there? Find out at the YouTube workshop at DOK.education! More information will follow soon.

A warm invitation to all those interested in film to the online award ceremony as part of the 36th DOK.fest Munich. DOK.education and BLLV e.V. present the winners of this year's Bavaria-wide youth film competition. Read more in German Learn more about DOK.education's goals and expertise. Read our Preamble for the Documentary Film School in English and more about our expertise, our partners and sponsors or our team in German. Here is an overview of the events of recent years. Read more in German. Here is an overview of all upcoming as well as past events of DOK.education. Read more in German. You would like to learn more about filmmaking or try it yourself? Here is a list of other helpful websites. Read more in German.

Anton Biebl, Cultural Advisor of the City of Munich, on the DOK.education 2020 programme for children and young people. Read more in German. We cooperate with the ZWICKL in Schwandorf - Anne Schleicher and her team - thanks to the sponsors there - bring the documentary film school of DOK.education into the country. Read more in German.