Recap and Award winners of DOK.forum 2022

It was exciting, wonderful and challenging as always: We introduce you to the award winners of the DOK.forum industry platform 2022 and look back on the first hybrid DOK.forum with some some snapshots in our recap clip. 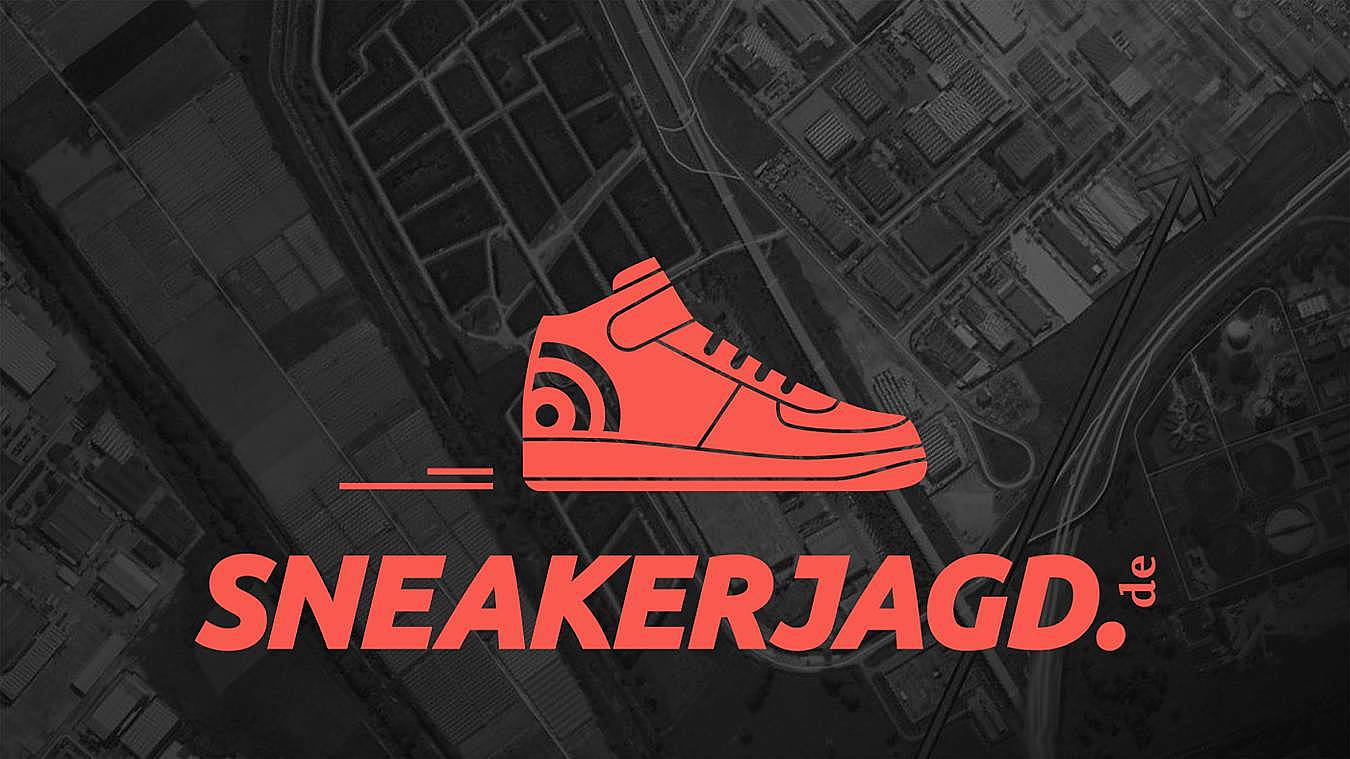 DOK.digital - the prize for new narrative formats honours projects that sustainably change the structures of documentary narration with innovative methods. It is sponsored by the Bavarian Regulatory Authority for Commercial Broadcasting (BLM), is endowed with 2,500 euros and was awarded for the third time this year. BLM President Dr Thorsten Schmiege presented the prize to a team of authors from the research start-up "Flip", Benedikt Dietsch and Lorenz Jeric, for their cross-media reportage SNEAKERJAGD. The research team equipped disposed sneakers of eleven celebrities with GPS trackers and followed their path around the globe. The data-driven, investigative research thus contributes to answering an important question: What is it about companies' sustainability promises?

From the jury statement: „SNEAKERJAGD impressively shows how journalism can interpret a topic in an imaginative way and reach a wide community. By including prominent people from a large variety of professional fields, the project appeals to a broad target group and brings them closer to the very relevant topic of "fast fashion" in an entertaining way.“

Five nominated projects competed against each other in a live pitch that the audience could watch on site and online. Afterwards, the jury chose the SNEAKERJAGD project as the winner. The jury members were Sönke Kirchhof (CEO and Executive Producer, INVR.SPACE), Suli Kurban (director, screenwriter), Matthias Leitner (author, digital storyteller, designer), Sylvia Rothe (Professor for Artificial Intelligence, HFF Munich) and Katharina Schulz (consultant, BLM). The jury awarded an honourable mention for the project MEINE WUNDERKAMMERN VR by Susanne Kim and Alexander Herrmann.

President of the BLM Dr. Thorsten Schmiege: „Investigative, cross-media and sustainable - the SNEAKERJAGD project illustrates: Good journalistic craft can only gain from data-driven research. The new way of storytelling is digital!“ 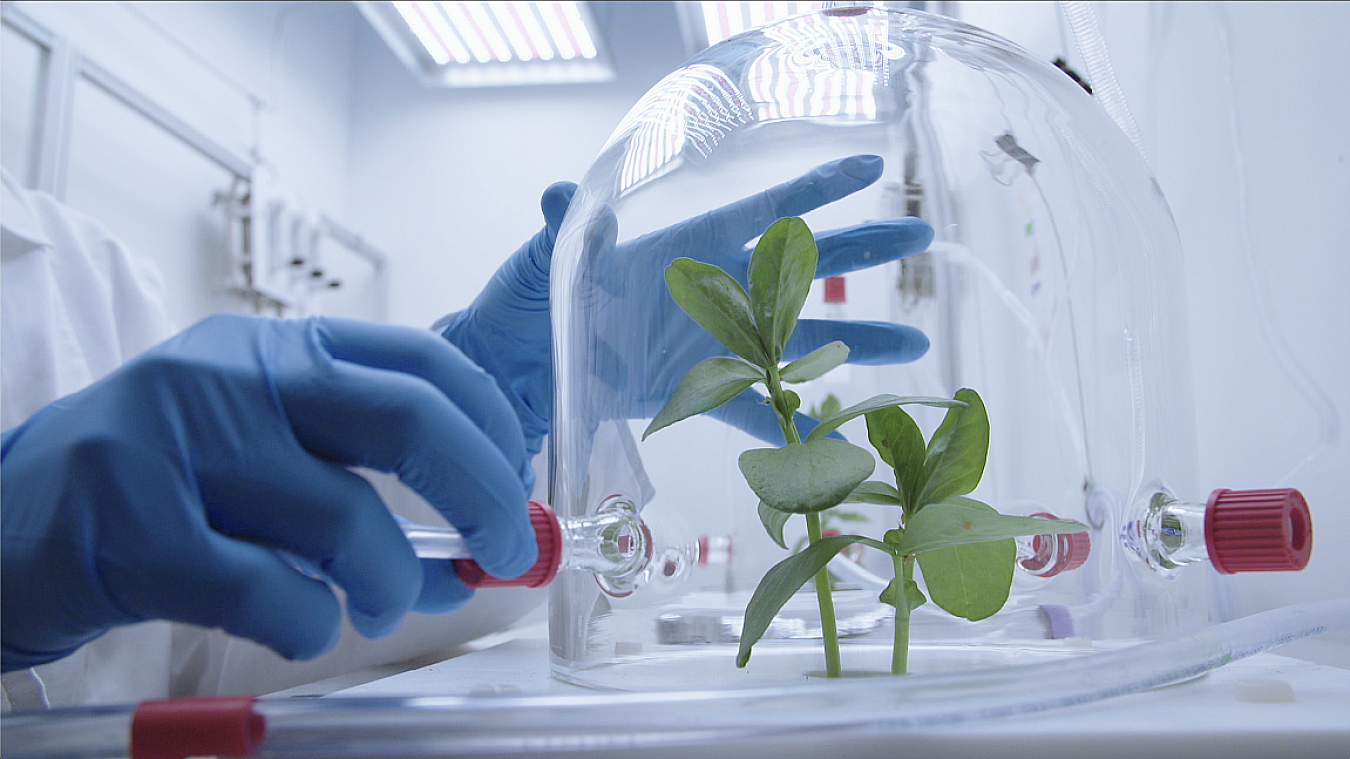 The DOK.talent Award pitch competition offers students from the partner universities of DOK.fest Munich the opportunity to present their current projects to industry experts and receive valuable feedback. The most convincing project receives the prize, which is donated by the Haus des Dokumentarfilms Stuttgart and endowed with 2,500 euros in research funding. This year, the twelve-member jury awarded the prize to the project VON PFLANZEN UND MENSCHEN by director Antshi von Moos. The project makes it possible to experience communication between plants in today's human-dominated environment.

From the jury statement: „Antshi von Moos’ film shows scientifically and artistically the myriad ways plants communicate and thus encourages a change in our perspective which is long overdue. To look at the world through the eyes of plants, so to speak, without anthropomorphizing them, requires courage, creativity and also 'esprit.'“ 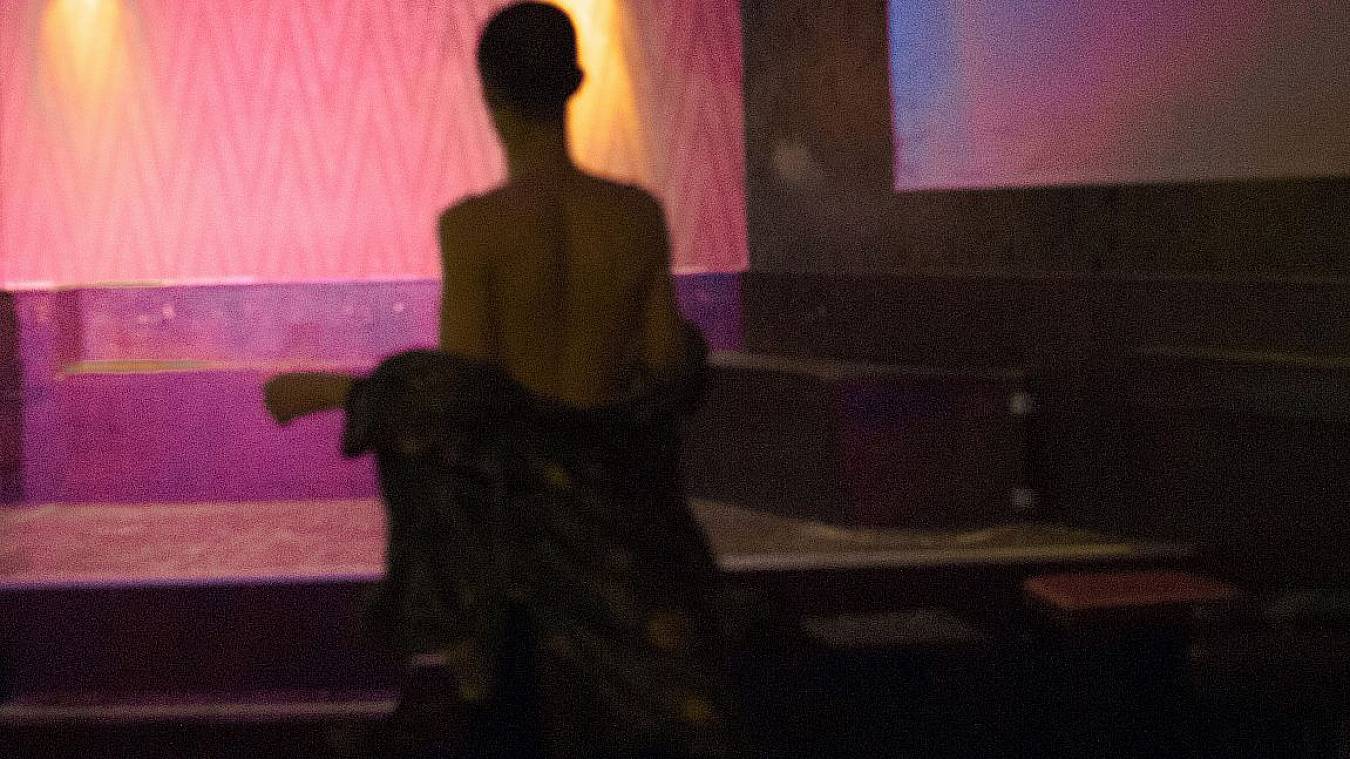 DOK.composition, the award for documentary film and composition, is dedicated to the unique artistic alliance between filmmakers and composers. The prize of 2,500 euros, donated by Sonoton Music, is awarded annually for the best musical concept. This year the DOK.composition Award goes to Bráulio Bandeira and Kei Watanabe for their musical concept for the film project I DON'T WANT TO BE JUST A MEMORY by Sarnt Utamachote. In it, members of Berlin's queer club culture mourn the sudden loss of their friends together.

From the jury statement: "With the DOK.composition Award, we honor the willingness to take risks, the reflexive approach to the limits of the experimental, and the innovative forces that such creative processes can generate. (...) The bold performances at the pitches were sensual and poetic and left us wanting more." 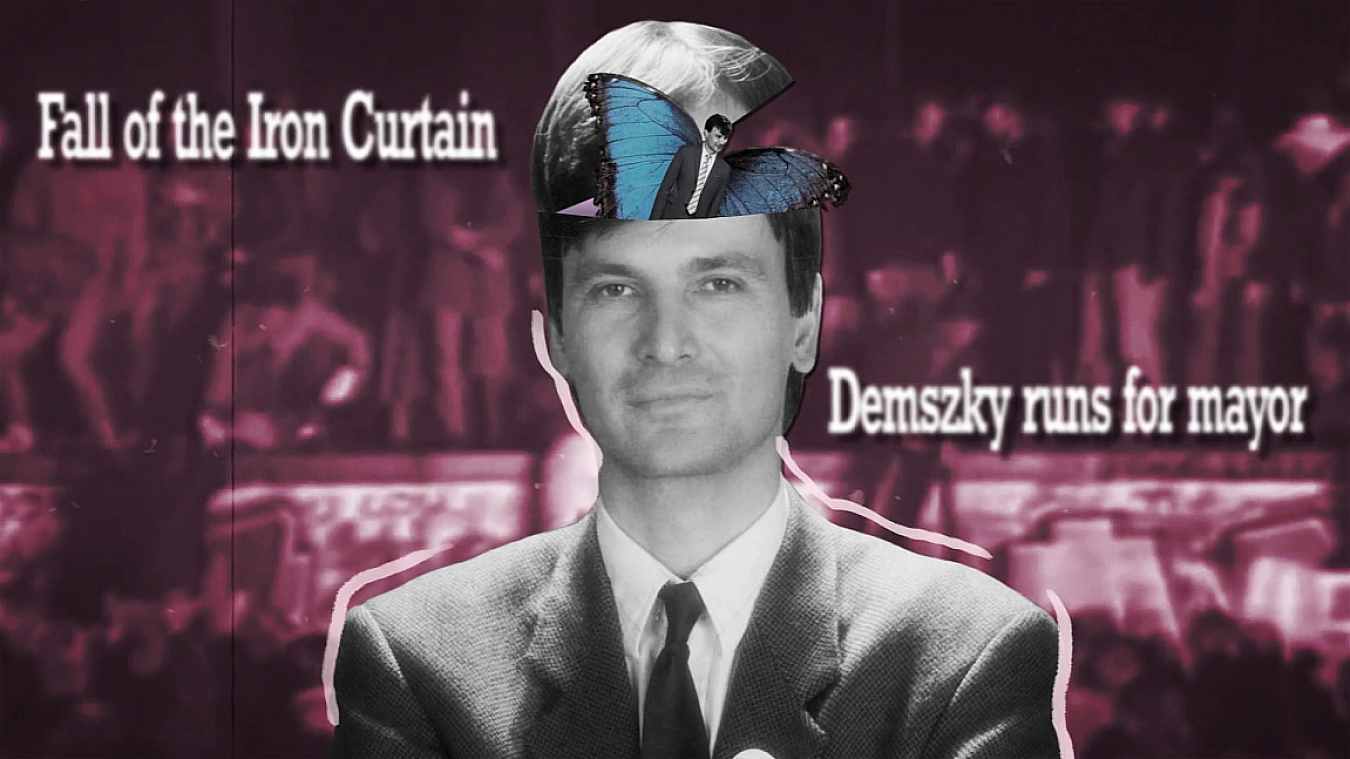 I USED TO BE THE MAYOR
Alexander Sussmann, Karoline Henkel

The DOK.archive Award is a promotional prize for compilation films in development. High-quality archive footage is often almost invaluable for documentary films - and expensive. With the award, British Pathé and DOK.forum want to promote projects that work with licensed material. The winning project receives archive material worth 15,000 euros or alternatively 2,500 euros in cash. This year the prize goes to I USED TO BE THE MAYOR by Alexander Sussmann (director) and Karoline Henkel (co-producer). The project portrays the former mayor of Budapest Gabor Demszky. Using valuable archive material, it creates a comprehensive narrative about the tense anti-democratic developments in Hungary.

From the jury statement: „The jury were impressed by this rich story and the way in which the team planned to combine archive and animation to bring history to life for a younger audience.“ 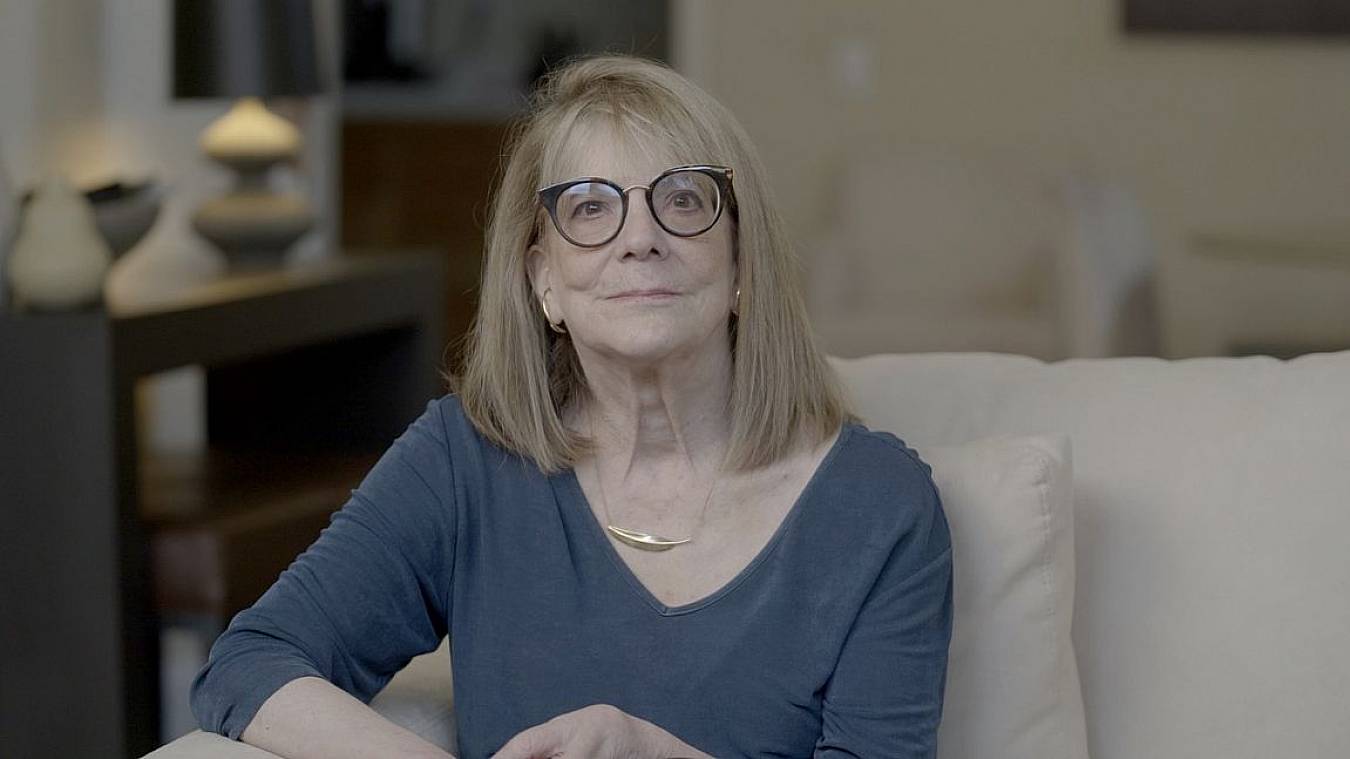 Serial narrative formats are booming. The DOK.series Award has been responding to this trend since 2021. It is awarded for exciting serial concepts and is unique in Germany. This year's winners are Hendrik Löbbert (director), Erik Winker and Daniela Dieterich (producer) with their project MEMORY WARS about the phenomenon of false memories after a traumatic experience. The prize is sponsored by TELLUX-Film and megaherz and is endowed with 2,500 euros.

The four-part mini-series follows psychologist Elizabeth Loftus, who has worked for decades as an advocate for personalities such as Ted Bundy, Michael Jackson and Harvey Weinstein and who questions the veracity of the accusers' memories. In four episodes, different perspectives of the truth are examined.

From the jury statement: „In the planned 4-part miniseries, the intense examination of the main protagonist’s personality, work and world makes clear the immense field of tension in which truth is negotiated. (...) From our point of view, the documentary series has the potential to initiate discourse and to take the audience out of their comfort zone. In this sense, we wish the team great success with the project." 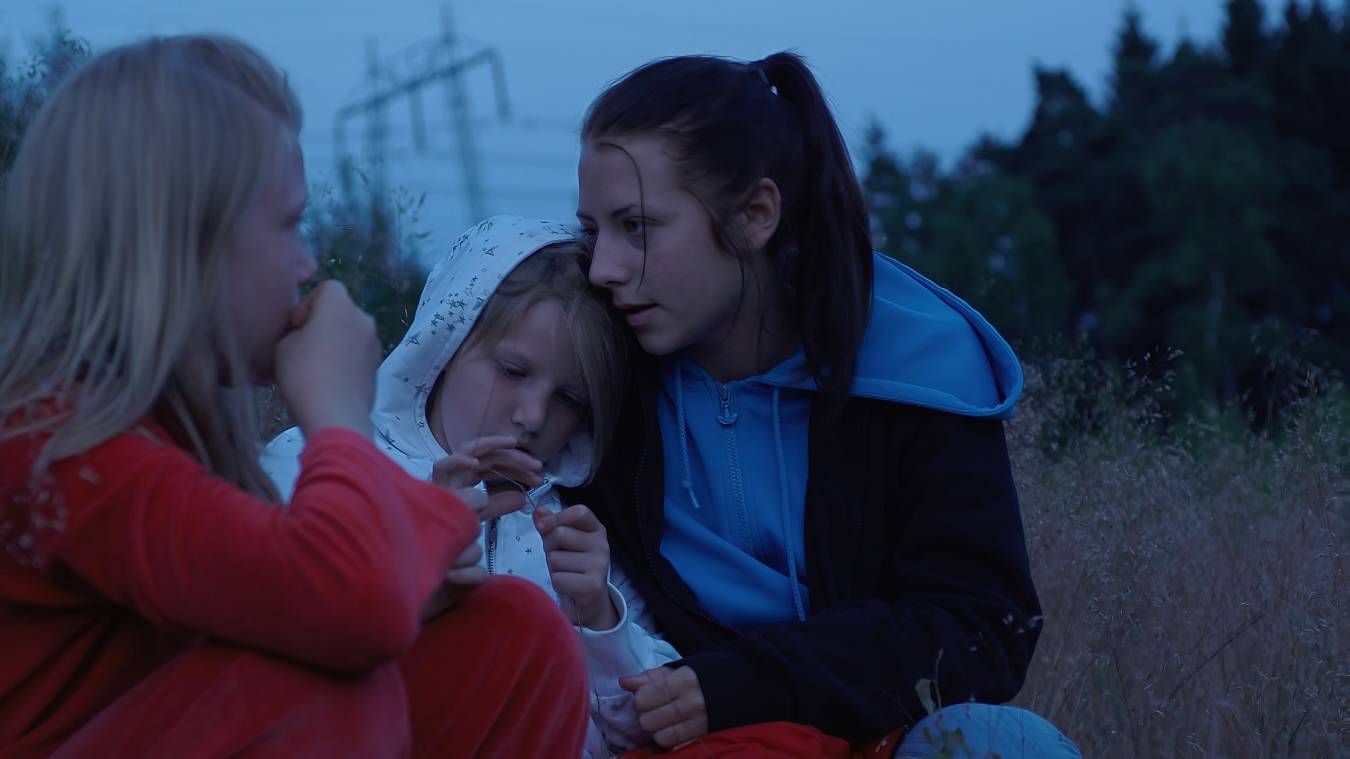 Sofia, Hedvig and Maja were still children when their mother decided to leave their lives. For over ten years, director Malmqvist watches and listens to her protagonists as they grieve, remember, reflect on their trauma and talk about the unspeakable: the suicide of a parent. A unique long-term observation about the taboo subject. To the film

The prize is sponsored by Adobe and is endowed with 5,000 euros. As part of the new programme focus "Re:arranging Reality", it revolves around the post-production of documentary films and was developed in cooperation with Adobe. Nominated are films with outstanding editing achievements across all series.

DAE Talent Award: I LOOK LIKE MY MOTHER by Amina Maher (director), Lorena Junghans, Fabian Altenried and Sophie Ahrens (production)
and a special mentioning of IT WAS RAINING AND THEN I REMEMBERED IT WAS THE DAY OF FIERY MARY by Branislav Jankic (director) and Jelena Angelovski (production)

Sunny Side of the Doc Award: POWER AS PATHOLOGY by Sarita West (director), Rob Waugh (composition) and Gregg Mitman (production)