At the presentation of the main prizes, the winners of our VIKTORs were also solemnly announced. We are pleased to present all the winners of the DOK.fest München @home to you. 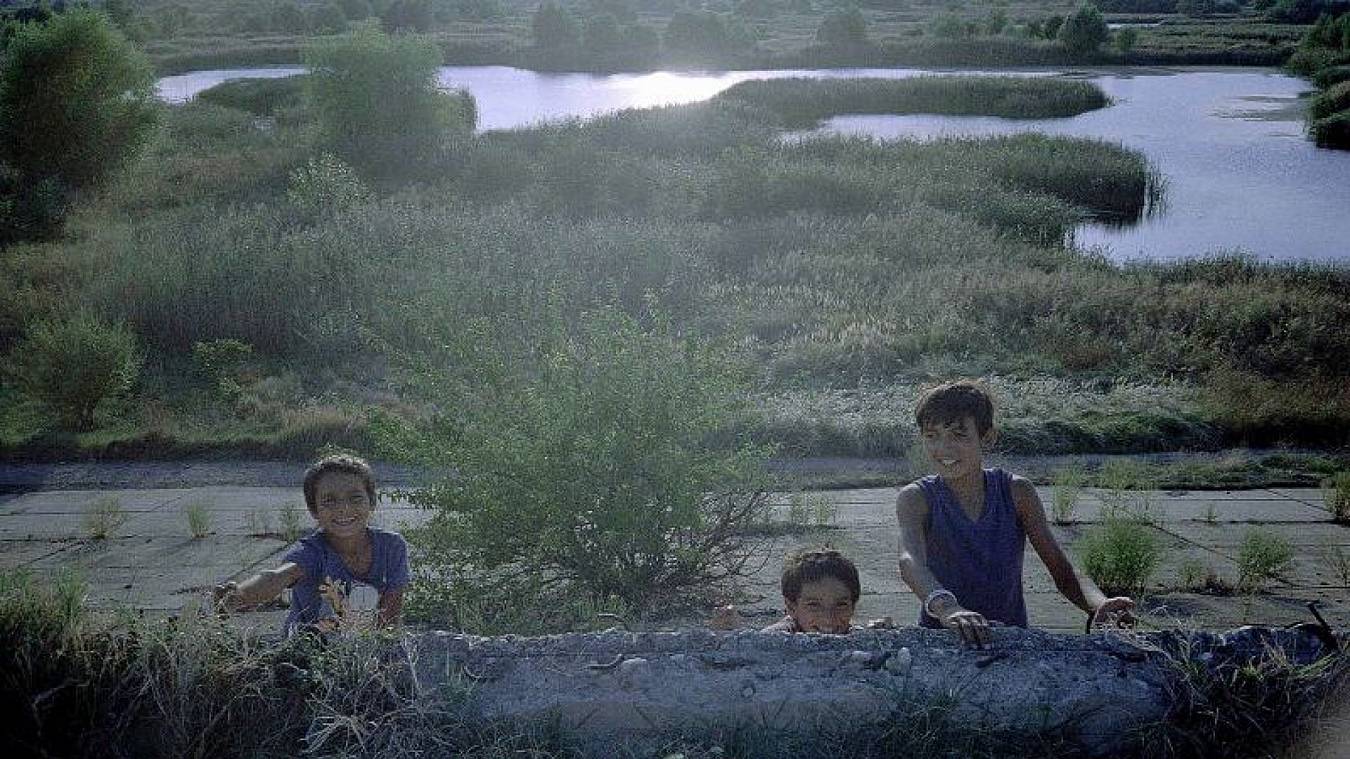 Jury statement: "We decided to give the award to a film that spent time with its protagonists in order to gain an intimacy rarely seen in cinema. It’s the story of a family living on the outskirts of society. The film touches on issues of gentrification, environmental preservation and urban development that are so relevant to our current time. Radu Ciorniciuc creates a filmic and journalistic narrative that shows how life can fall apart when we lose our connection to nature and ourselves. The microcosm of the Roma family stands paradigmatically for all the crises we live through and thus foreshadows the global catastrophe."

Donated by Bayerischer Rundfunk, endowed with 10,000 euros. The nominees were films that show a broad spectrum of content and form and are distinguished by their high artistic quality. 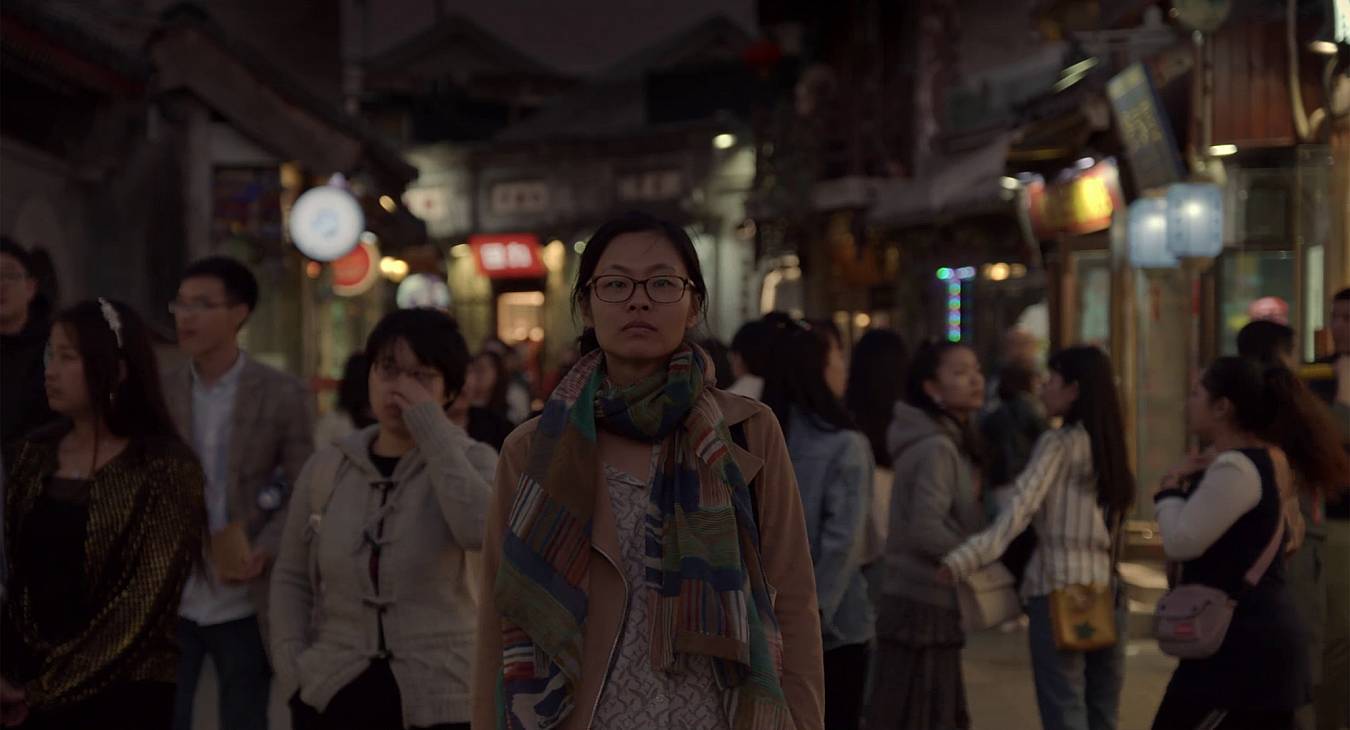 Jury statement: "Weina Zhao grew up in Vienna. In her promising first film she initially sets out on a journey of (self)discovery among her family members in China to understand her own life between two cultures. But what begins on the domestic level of family history soon takes on a wider perspective as her parents and grandparents share untold stories of the past during and after the Cultural Revolution. Moving, heartbreaking, terrifying but ultimately life-affirming: WEIYENA – EIN HEIMATFILM is a deeply personal, promising debut by a filmmaker setting out not only to explore her own story, but also a personal way of telling it."

Endowed with 5,000 euros. The nominees were films that deal with people and topics in the German-speaking world. 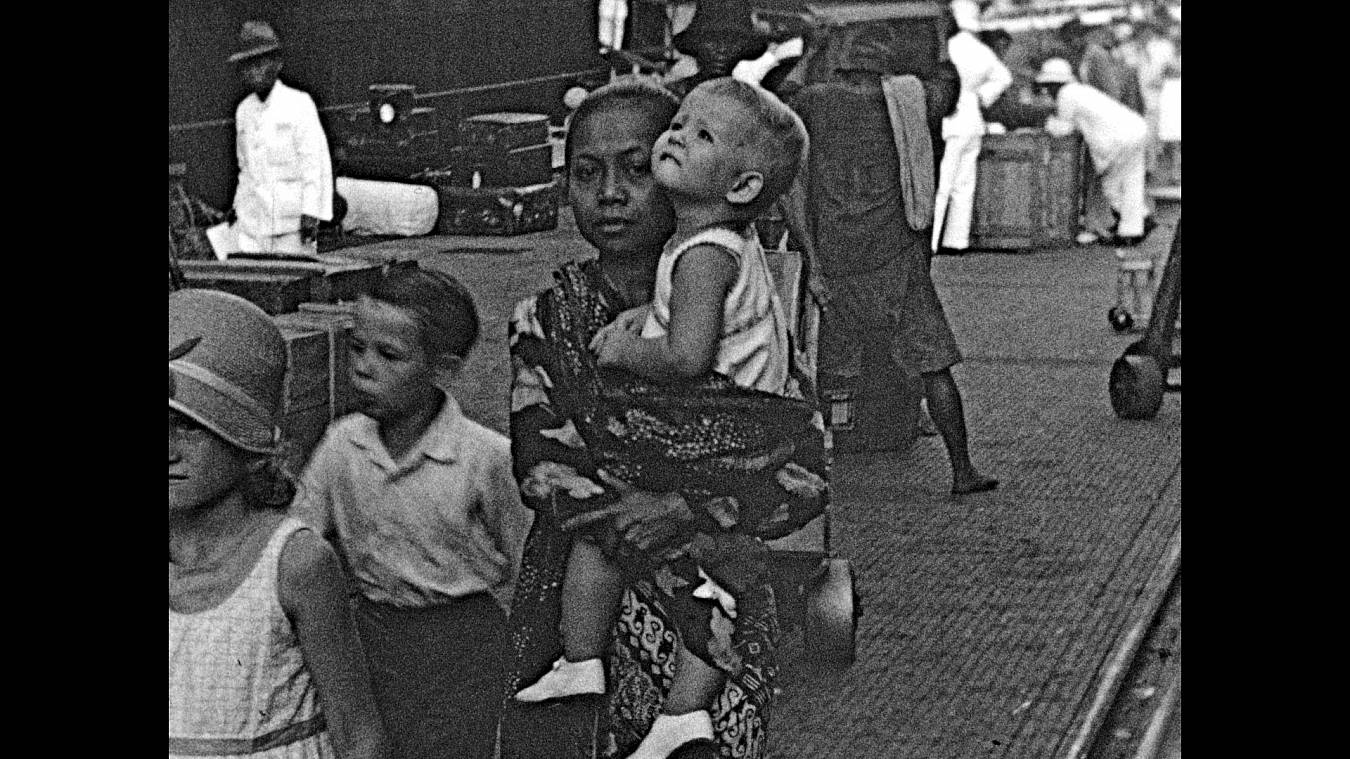 Jury statement: "An emotional journey back in time uncovers unseen footage of colonial Indonesia and boat travel to Holland. We meet a nanny, Babu, whose love for the Dutch family and its children enchanted all three members of the jury. A film that connects a personal story with dramatic events where history becomes alive and talks to us on a profoundly human level. The director’s sensibility in storytelling is stunning. The VIKTOR DOK.horizonte goes to THEY CALL ME BABU by Sandra Beerends."

The nominees were films that direct their attention to countries with unstable structures. 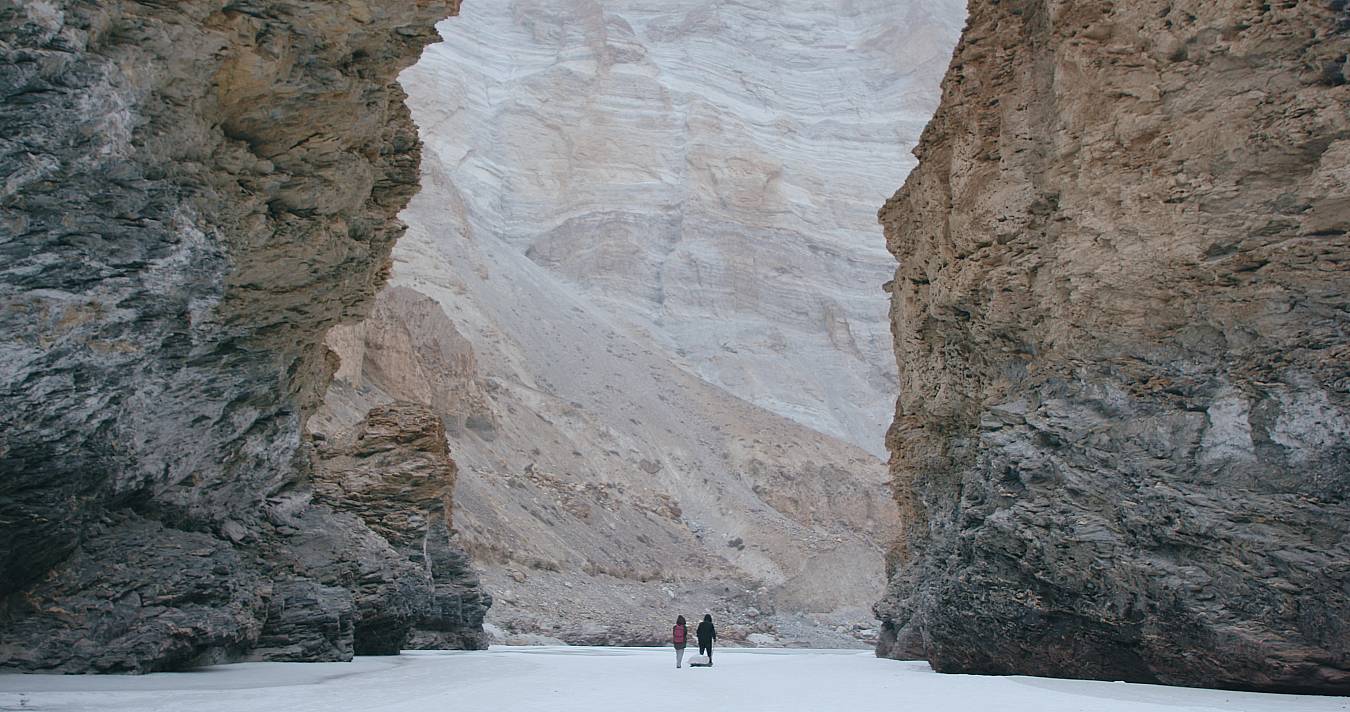 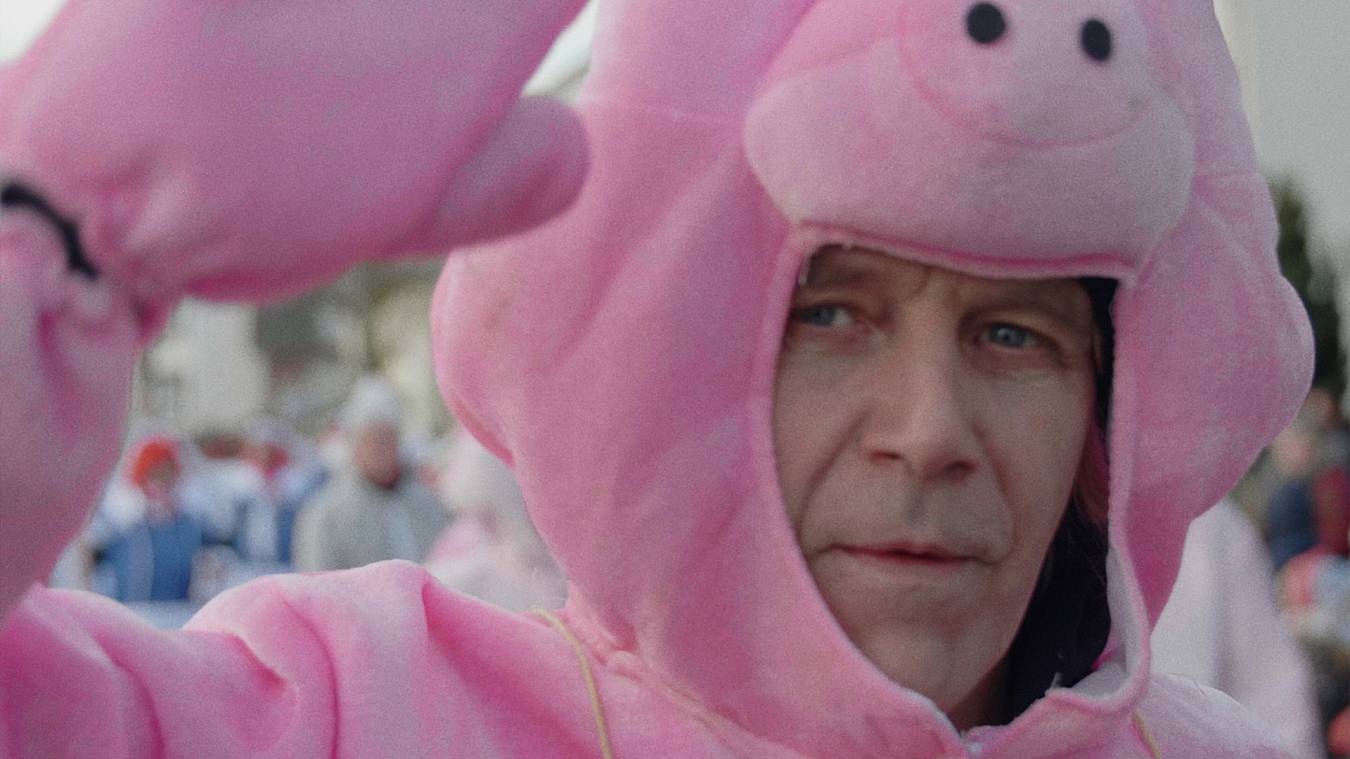 Jury statement: "This documentary unfolds boldly and without regard for classical narrative arcs, with many facets and a variety of different perspectives. Astonishingly, we are immersed in a universe, which, through its original combination of different elements, tells about so much more than particular precarious working conditions, the social engagement against them and the encouragement to think about them in theatre class.

The film does just what cinema can achieve at its best: it creates images in the mind instead of just on the screen. At the same time, the montage, the camera’s gaze and the score create an open, playful and surprising impression. Using all available narrative resources the curious process of discovery is closely followed. The film breathes – it lives and resonates long after. It is engaged and formally unique: RULES OF THE ASSEMBLY LINE, AT HIGH SPEED (REGELN AM BAND, BEI HOHER GESCHWINDIGKEIT) by Yulia Lokshina wins the 2020 megaherz Student Award."

A jury of students will award the prize to a film in the Student Award section. Endowed with 3,000 euros, donated by the film production company megaherz. 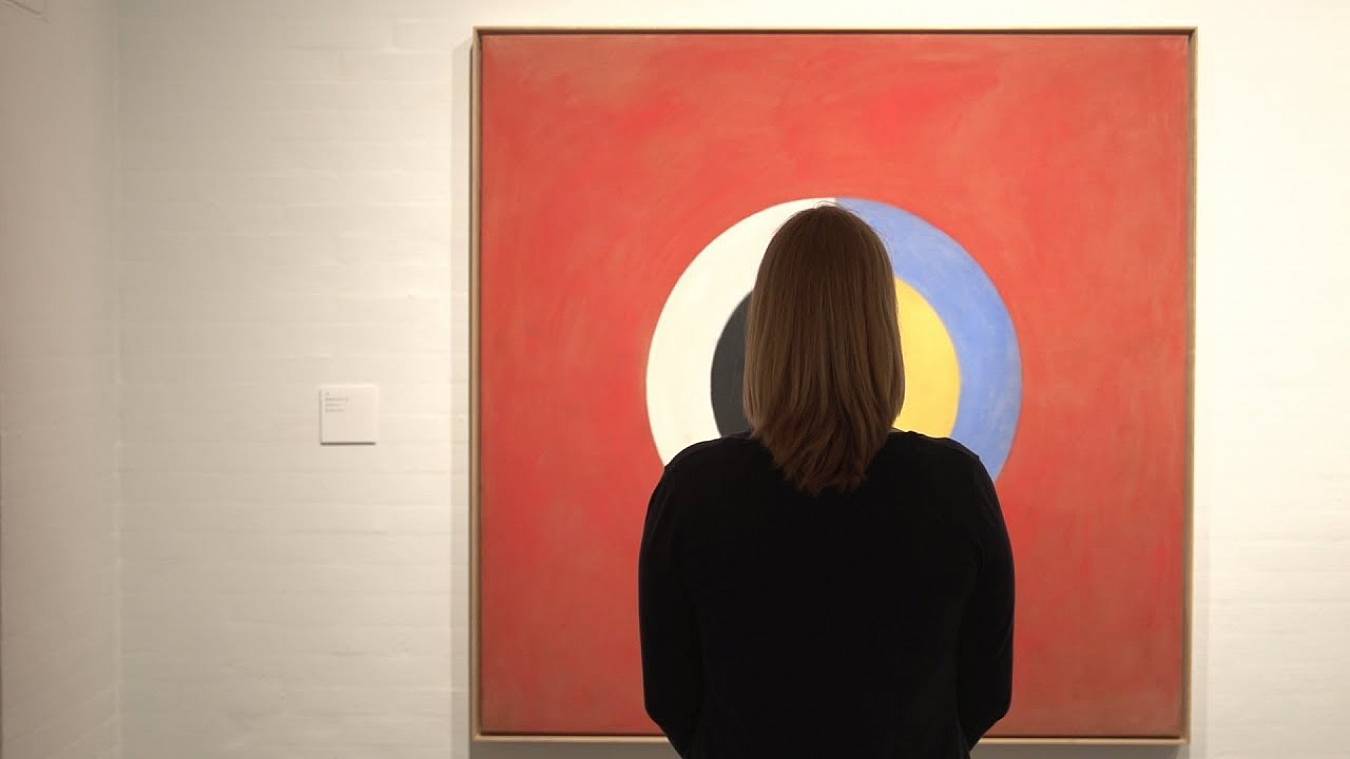 Jury statement: "BEYOND THE VISIBLE – HILMA AF KLINT (JENSEITS DES SICHTBAREN – HILMA AF KLINT) is not only a convincing debut film that adequately translates the colourful abstract fantasy worlds of the Swedish painter Hilma af Klint into cinema images; its theme is both discovery and revelation, even for an audience with an affinity for culture. What is completely astonishing about this film, however, is that the modest financial framework conditions of its creation are in no way apparent: Cinema quality and production value are obviously not only a question of money, but they always have a lot to do with the commitment, the creative will and the talent for improvisation of the people behind the camera."

The VFF Documentary Film Production Award at the DOK.fest München is a unique event in Germany that focuses on the work of documentary film producers. The prize is endowed with 7,500 euros and is donated by VFF Verwertungsgesellschaft der Film und Fernsehproduzenten mbH. It will be awarded for the third time in 2020.

The award is sponsored by VFF Verwertungsgesellschaft der Film und Fernsehproduzenten mbH and comes with prize money of 7,500 euros. 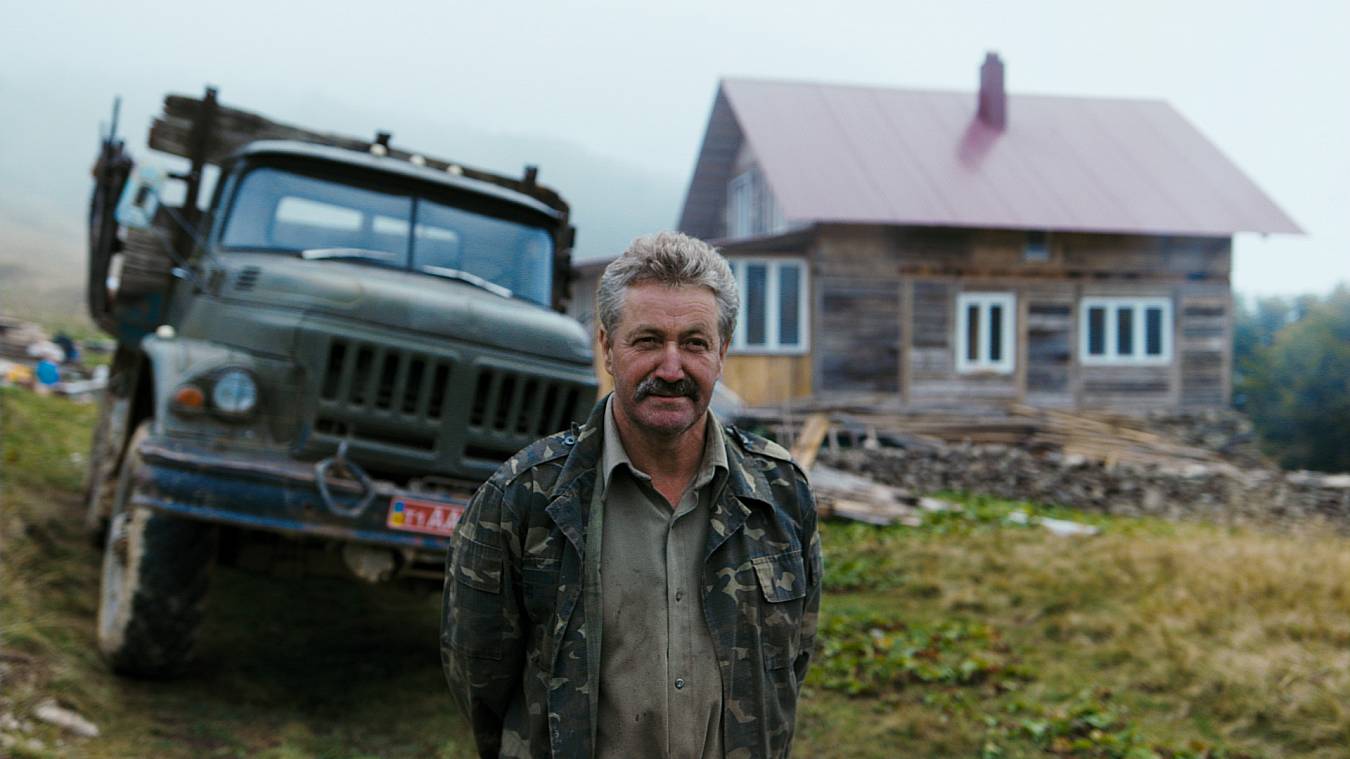 From the jury statement: "In a round dozen of musical islands, the trio creates a harmonious world of sound that is perfectly integrated into the picture, creating a magical atmosphere. What could have been a nostalgic journey to one of the last enclaves of the Habsburg monarchy, develops here - especially in the final title - into a successful synthesis of quoted folk sound and powerful compositional energy."

The German Documentary Film Music Prize is awarded annually to a composition that combines in an outstanding way with the documentary film narrative. It sees itself as a platform for the work of composers and the value of music as a narrative level in documentary film.

The prize is endowed with 5,000 euros. The prize is awarded to the team of filmmaker and composer. The German Documentary Film Music Award is sponsored by the Versicherungskammer Kulturstiftung and supported by the Förder- und Hilfsfonds des Deutschen Komponistenverbandes DKV. 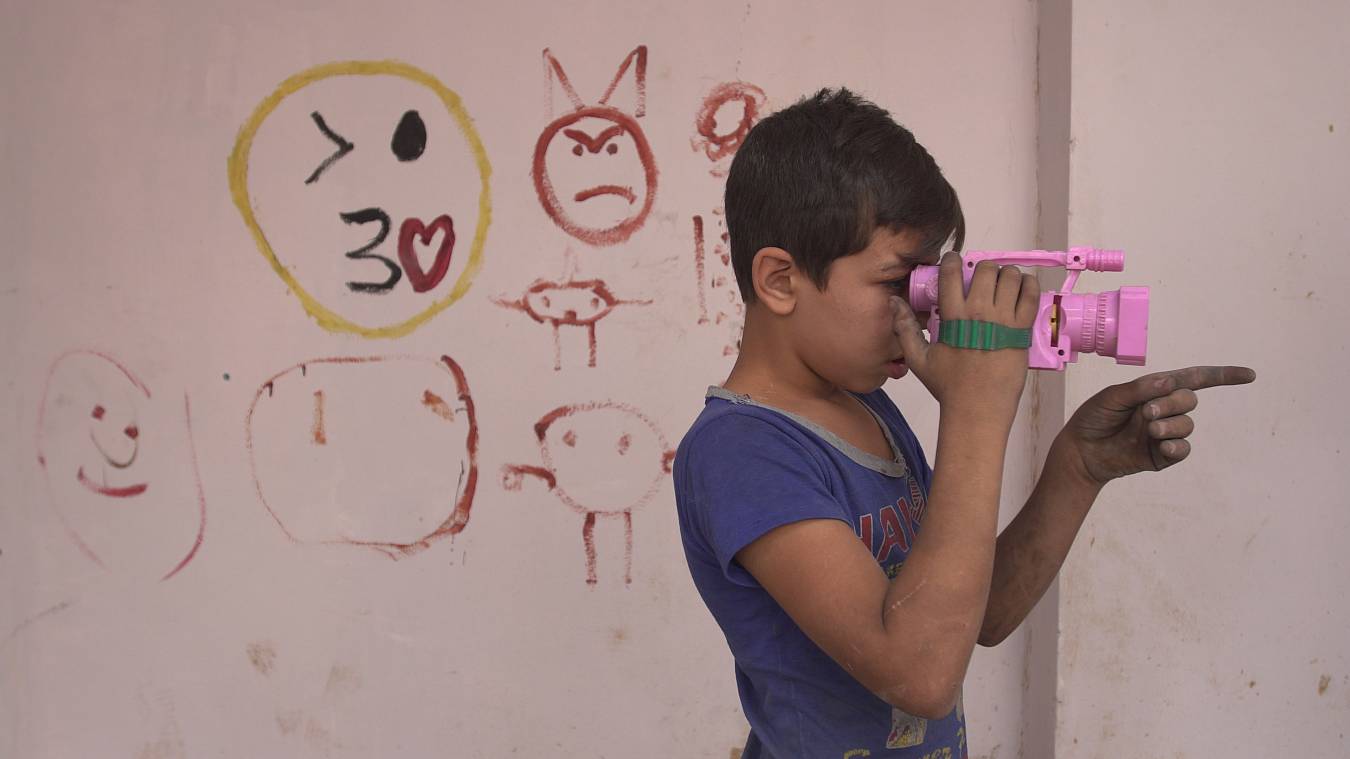 Jury statement: "With COPPER NOTES OF A DREAM Iranian filmmaker Reza Farahmand succeeds in taking us into the world of children in war and crisis zones. The camera accompanies Malook and his friends at eye level. Small everyday scenes, such as the morning laundry and combing the hair, thus become meaningful gestures. They show how much dignity there is in every child's life, in every human life, no matter how adverse the conditions and circumstances. All this touches us deeply, without a feeling of voyeurism creeping up on us. Reza Farahmand captures the bombed-out houses and cities with a powerful camera and tells a dramaturgically stringent story of the children's hope for a better future."

The DOK.fest Award of SOS Children's Villages worldwide is donated by B.O.A. Videofilmkunst and is endowed with 3,000 euros.

THE EUPHORIA OF BEING
Director: Réka Szabó 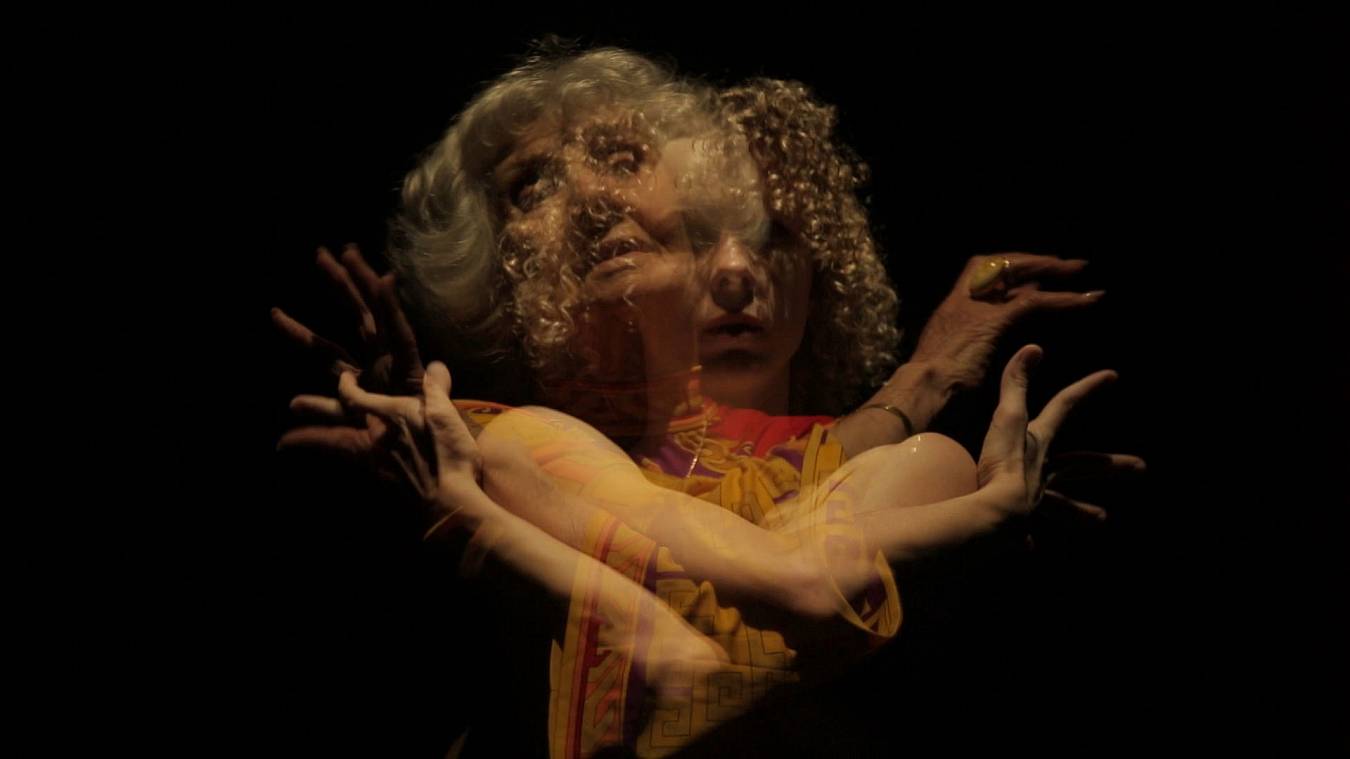 You voted and elected THE EUPHORIA OF BEING by Réka Szabó with an average of 4.82 clapping hands as the audience favourite 2020. With the kinokino Audience Award - sponsored by BR and 3sat, viewers at DOK.fest München @home have the opportunity to vote for themselves.

From the jury statement: "The project not only dares to take a completely new approach by combining AI technology and the listening experience, it also sharpens our perception and inspires our individual head cinema by placing our own reality in the context of the possible future dystopia of a surveillance society.

With their SOCIAL SCORE project, Vinzenz Aubry, Sebastian Strobel, Ralph Tharayil and Fabian Burghardt manage to package a relevant topic as an innovative and interactive listening experience that allows us to perceive our own familiar surroundings in a new way as a dynamic narrative space. Without much effort, the user can start right at his own front door with his mobile phone and browser and rediscover the actually familiar environment.“

The prize is donated by the Bayerische Landeszentrale für neue Medien (BLM) and is endowed with 2,500 euros. 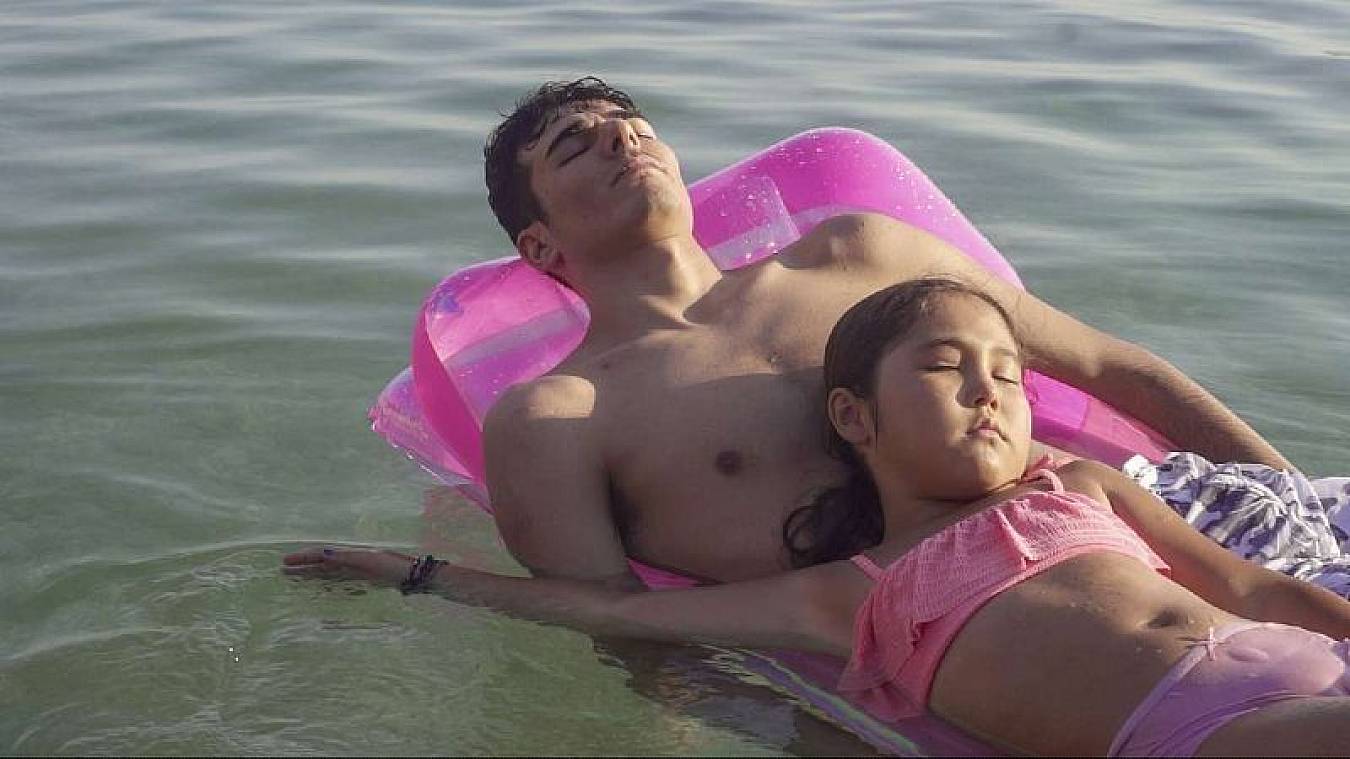 From the jury statement: "A melancholy, probably sometimes desperate swan song about false promises of happiness and the deep longing of young people who do not want to accept their own hopelessness and powerlessness. AFTER THE GODS promises wild commitment and a tender look at chaos. An essay between social and aesthetic fronts, full of poetry and yet politically wide awake! Driven by all the contradictions in front of and behind the camera, Jasmin Alakari tells a universal story with a slightly painful pinch of humour."

The prize for the best young talent concept is endowed with 2,500 euros and donated by Haus des Dokumentarfilms Stuttgart. 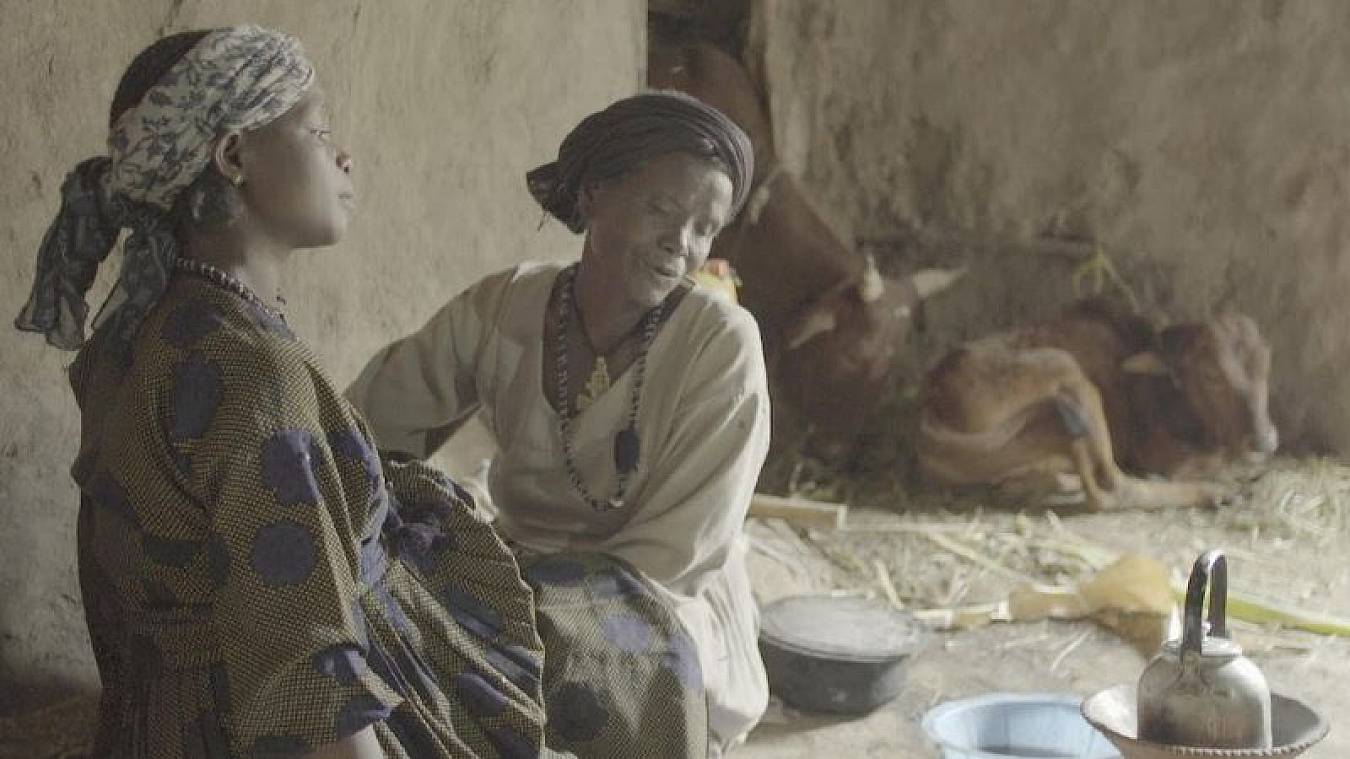 From the jury statement: „Between director Sarah Noa Bozenhardt and composer Anna-Marlene Bicking we perceive an intensive and grown cooperation, which closely intertwines aesthetic and production processes. With the film project AWALATJE - DIE HEBAMMEN the young team approaches three women in Ethiopia, who move in the area of conflict between traditional and modern obstetrics. In this microcosm, music becomes the supporting structural element through the ingenious transfer of contemporary electronic sounds, nature noises and sounds produced on traditional instruments - such as the kalimba.

Directing concept, narrative dramaturgy and composition are directly intertwined, meticulous sound research on the part of the composer meets goal-oriented power and enthusiasm, which are motivated not least by an autobiographical moment of the director, who grew up in Ethiopia from the age of 12."

In order to strengthen the artistic cooperation between filmmakers and composers, the best musical concept for a documentary film will be awarded 2,500 euros. The prize is donated by Sonoton Music, the world's largest independent provider of professional production music. 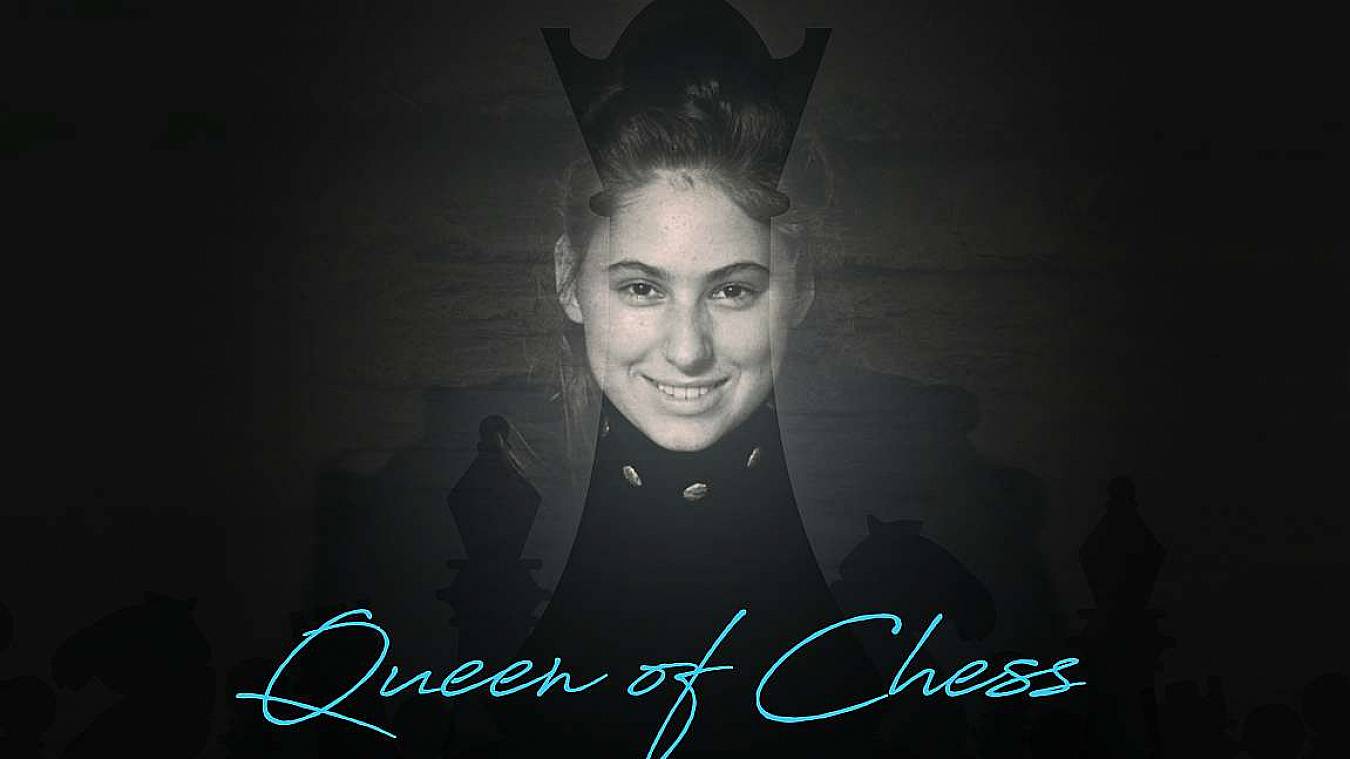 From the jury statement: "The jury was particularly impressed by the clever and virtuoso handling of the versatile archive material. The historical and largely unknown film footage represents a fundamental narrative level here. The jury also finds it very promising how the different facets of this child prodigy story are fanned out: the father's educational experiments, the relationship between the sexes, the idiosyncratic world of chess, the excitement of competitions, the social and political conditions - all this is reflected in this exciting biography of women."

The winners of the DAE Mentoring Pitch Award, the Sunny Side of the Doc Connected Award and the RIDM Award 2020