We are pleased to present the winners of the DOK.forum Marketplace and Perspectives awards ceremony! 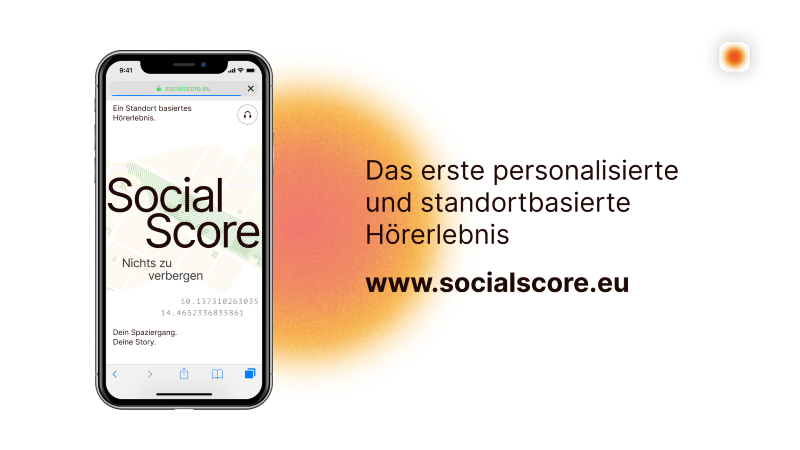 The prize "DOK.digital - The Future of Storytelling" will be awarded for the first time. It honours innovative formats that show how facts and stories can be told in the future - digitally, interactively and cross-media. The prize, which is endowed with 2,500 euros, is aimed at journalists, documentary filmmakers and other storytellers and is donated by the Bayerische Landeszentrale für neue Medien (BLM). The first winners are Vinzenz Aubry, Sebastian Strobel, Ralph Tharayil and Fabian Burghardt from Sansho Studio with the audio project SOCIAL SCORE.

The interactive, location-based listening experience is about the potential introduction of a social scoring system in Germany, i.e. an online evaluation system that rewards desirable behavior and creates total control. During a free walk with the fictitious artificial intelligence "AVA", the listeners of SOCIAL SCORE experience the advantages and disadvantages of such a system and are encouraged to critically reflect on their own behaviour. The radio play sponsored by MIZ Babelsberg is created live and individually by analysing GPS position data and comparing them with a database of location and object data.

From the jury's statement: "The project not only dares to take a completely new approach by combining AI technology and listening experience, it also sharpens our perception and inspires our individual head cinema by placing our own reality in the context of the possible future dystopia of a surveillance society. With their SOCIAL SCORE project, Vinzenz Aubry, Sebastian Strobel, Ralph Tharayil and Fabian Burghardt manage to package a relevant topic as an innovative and interactive listening experience that allows us to perceive our own familiar surroundings in a new way as a dynamic narrative space. Without much effort, a mobile phone and browser can be used to start right at our front door and rediscover our own familiar surroundings".

This and four other pre-selected projects were presented in a live online event on May 8th. The jury then unanimously selected SOCIAL SCORE as the winner. The jury consisted of Joël Jent (producer Dschoint Ventschr / Aaron Film), Matthias Leitner (digital storyteller, strategic designer) and Jutta Schirmacher (speaker at the BLM).

Jasmine Alakari: AFTER THE GODS 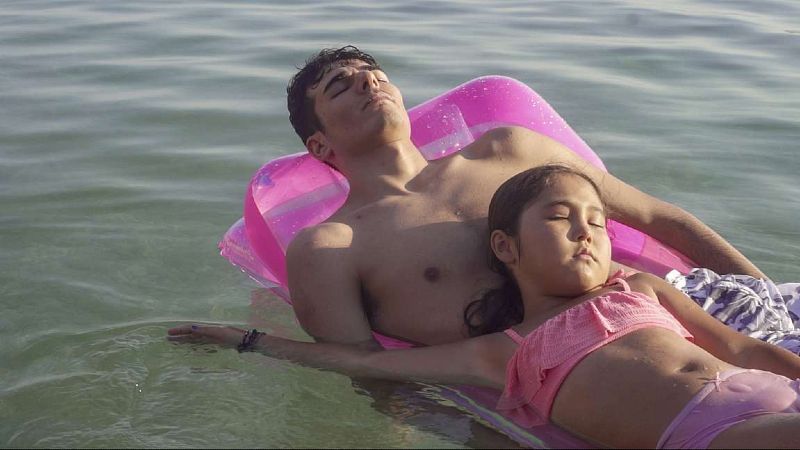 The pitch competition offers the students of our partner universities the opportunity to further develop their current projects in exchange with editors, producers and distributors and to win new financing partners. The prize for the most convincing pitch is endowed with 2,500 euros in research funding. It is donated by the Haus des Dokumentarfilms. This year's winner is Jasmine Alakari with her project AFTER THE GODS. In it Exarcheia, the anarchist quarter of Athens, is both backdrop and protagonist.

From the jury's statement: "A melancholy, probably sometimes desperate swan song about false promises of happiness and the deep longing of young people who do not want to accept their own hopelessness and powerlessness. AFTER THE GODS promises wild commitment and a tender look at chaos. An essay between social and aesthetic fronts, full of poetry and yet politically wide awake! Driven by all the contradictions in front of and behind the camera, Jasmin Alakari tells a universal story with a slightly aching pinch of humour." 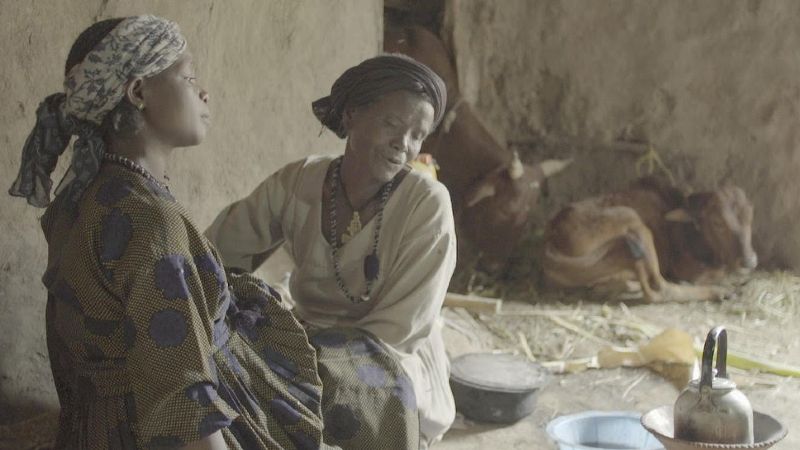 In order to strengthen the artistic cooperation between filmmaker.innen and composer.innen, the best musical concept for a documentary film will be awarded 2,500 euros. The prize is donated by SONOTON Music, the world's largest independent provider of professional production music. This year, composer Anna-Marlene Bicking, director Sarah Noa Bozenhardt and producer Sonja Kilbertus will be awarded for their project AWALATJE - DIE HEBAMMEN. 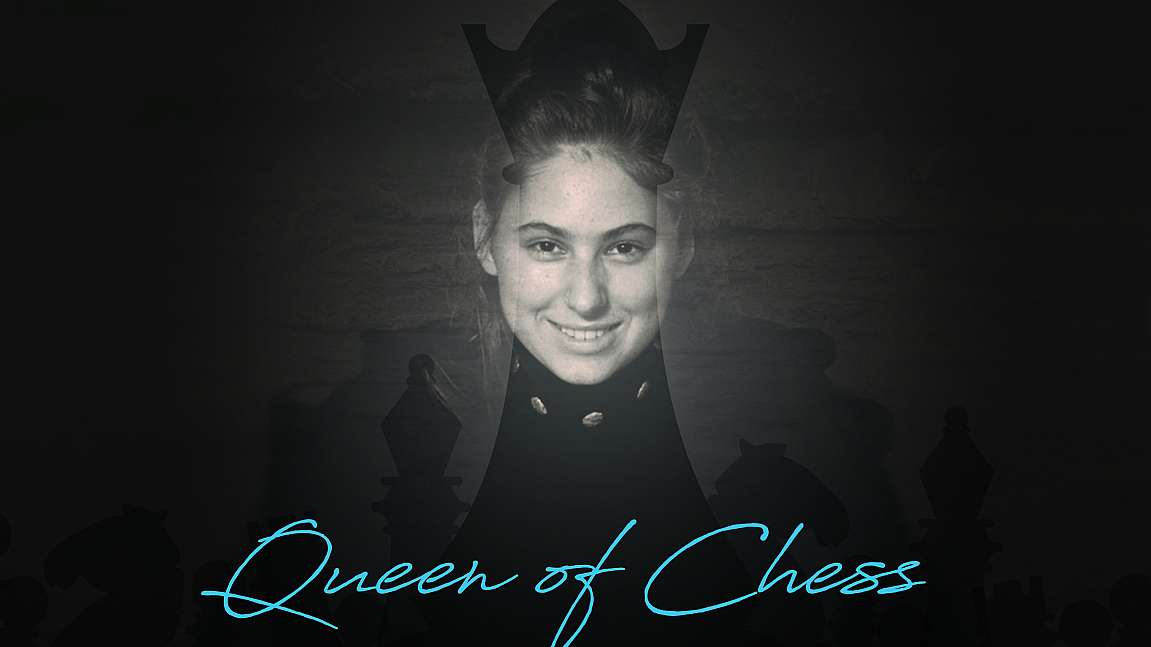 The award honours projects with a large share of archive material, thus strengthening a documentary genre rich in tradition. The winning project receives British Pathé archive material worth 14,000 euros or alternatively 2,500 euros in cash. The award will go to QUEEN OF CHESS, a project by director Bernadett Tuza-Ritter, author Gabor Harmi and producer Lili Kovacs.

From the jury's statement: "The jury was particularly impressed by the clever and virtuoso handling of the versatile archive material. The historical and largely unknown film footage represents a fundamental narrative level here. The jury also finds it promising how the different facets of this child prodigy story are fanned out: the father's educational experiment, the gender relationship, the idiosyncratic world of chess, the tension of competitions, the social and political conditions - all this is reflected in this exciting biography of women. 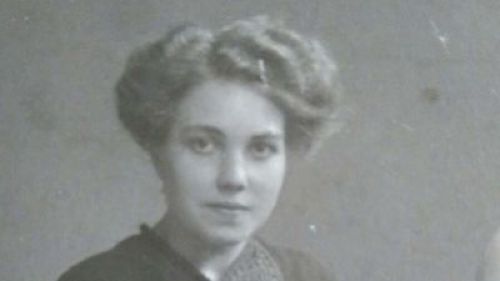 The new price offers free DAE memberships for the director and producer of AMALIES SHADOW worth 200 € for one year, as well as four tailor-made mentoring sessions with DAE members. The aim is to promote talent development.

Sunny Side of the Doc Connected Award 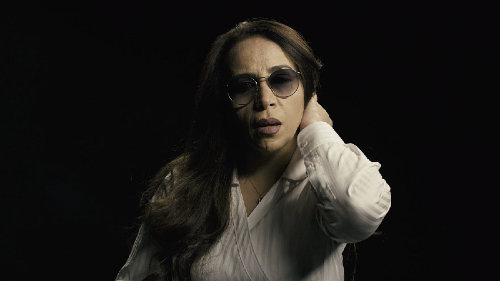 The Sunny Side of the Doc Connected Award includes two free accreditations for the creative team behind a project of international relevance that will be presented at the DOK.fest Munich 2020. The Connected Edition of the international marketplace for documentary and narrative experiences will take place online from 22 to 25 June 2020.

Afaf El-Gaddafi and her family are living a migrant’s life in Germany. Between Gucci, Prada, jobcentre and hospital the past keeps resurfacing: 2011, their life in Libya falling apart. The bomb, meant for her uncle Muammar killed instead Afaf’s two baby daughters. In a unreal setting of his hometown Munich, the director finds himself inside a family that has fallen from riches to rags

In addition, the project HOMO EX MACHINA receives two free accreditations for the Connected Edition in June in La Rochelle

Bert, a carpenter missing his arm, is on a journey to a dangerous experimental surgery that will make him one of the few people on the planet permanently merged with his prosthetic arm. He and his teammate Claudia prepare for the finale of the cyborg Olympics – the Cybathlon and discover the consequences of the union between humans and machines.

Mo Harawe, Alexander von Piechowski: THE VILLAGE NEXT TO PARADISE 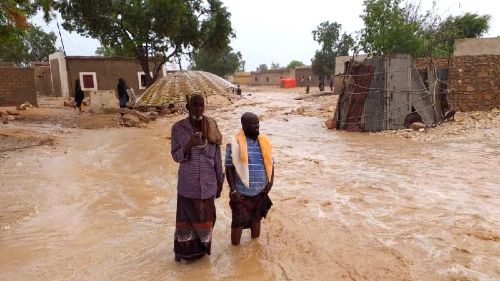 The Montréal International Documentary Festival RIDM (14 to 18 November 2020) and its industry event, the RIDM Forum, offer two full accreditations for the industry events and the festival. In addition, the director will have a reserved place in the RIDM Forum Talent Lab and the producer will have the opportunity to present his project to more than 80 decision-makers in one-on-one interviews.

THE VILLAGE NEXT TO PARADISE follows a Somali family and their daily struggles during the course of a scorching hot and windy summer. All of this is inseparable from the socio-political situation of a country living with civil wars, natural disasters and a post-colonial legacy. An attempt to find one’s bearings with the help of a film that is shot under documentary conditions in Somalia.