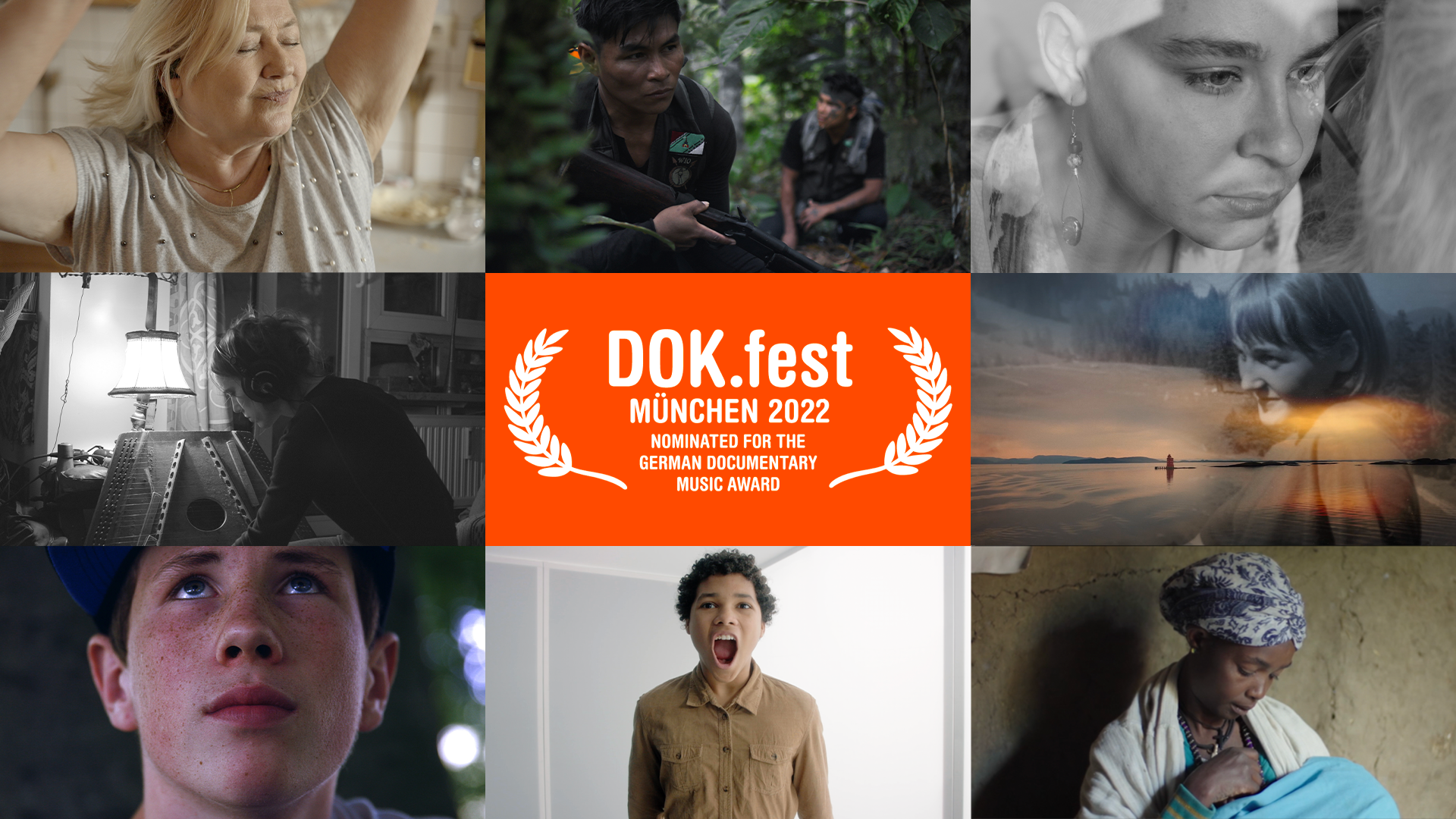 An award for the score of reality: The German Documentary Film Music Award annually honours a composition that connects with the documentary film narrative in an outstanding way. It sees itself as a platform for the work of composers and the value of music as a narrative level in documentary film. The award goes to the team of filmmaker.in and composer.in.

The German Documentary Film Music Award is endowed with 5,000 euros and is donated by the Versicherungskammer Kulturstiftung and supported by the Förder- und Hilfsfonds des Deutschen Komponistenverbandes DKV.

A portrait of Ethiopian obstetrics in transition. Despite the possibility of giving birth in a hospital, Hulu opts for a home birth for her fourth child. This is a brave step since patriarchal structures still hold power. Intimately and with great empathy, the film depicts the significance of female community.

What does work mean for one's own identity? The comparative view of Poland and Germany makes it clear how work biographies are becoming fragile and gender and family models are changing. And it raises the urgent question of how mutual solidarity is possible.

A SOUND OF MY OWN
Germany 2021, Rebecca Zehr, 52 min.
Composition: Marja Burchard

Can you hear images? Or see sound? Is it possible to be open without losing yourself? Or walk your own path without denying your roots? Marja Burchhard, the new leader of the musical collective Embryo, searches to find her own sound. A filmic work of art – like it were being played on an instrument – that improvises and experiments with image and sound.

Filmmaker Marcel Kolvenbach follows the trail of his grandmother's first husband – the Jew Fritz Kann, who was deported and murdered by the Nazis. Was Fritz Kann his grandfather? The search leads from Germany via Poland to Argentina, crossing the paths of other seekers along the way.

Alice has dealt with the issues of children, violence and abuse all her life. She has written books and made films about it without knowing why. She completely suppressed abuse as a 16-year-old girl from her consciousness, but unconsciously carried it with her throughout her life.

Lotte Ingrisch, born in 1930 in Austria, was the first hippie, the first Green, a prophet of the Age of Aquarius, of cyberspace culture and – without being a feminist herself – a champion of the total change of roles for women. The film tries to get closer to this idiosyncratic and unique personality, both cinematically and aurally.

We are pleased to present the jury for the German Documentary Film Music Award 2022.