The award winners of DOK.forum 2021

Here you can watch the DOK.forum award ceremony again and an overview of the winners at DOK.forum 2021 @home.

From the jury's statement: "The jury for the DOK.series Award grants its prize to UN PEDAZO DE PAZ (A PIECE OF PEACE), a short animated series chronicling sixty years of war in Colombia through intimate testimonies. The animated characters – based on an amalgam of real life survivors and supporters of the peace process between the Columbian Government and the FARC-EP guerrilla – convey the mundane horrors of their war experience in a tactile and poignant way. Their voices are spoken by individual survivors, creating a powerful and universal narrative of resilience.
The masterfully crafted animation in UN PEDAZO DE PAZ (A PIECE OF PEACE) shines a light on what is supposed to stay hidden: a gaping wound that is a country and its people."

DOK.digital – The Prize for New Narrative Formats" was awarded for the second time. The prize, endowed with 2,500 euros, is sponsored by the Bavarian Regulatory Authority for Commercial Broadcasting (BLM). It honours contemporary forms of journalistic-factual or documentary storytelling. Five exciting projects pitched their ideas to innovatively combine different media formats and platforms with content.
The award went to SAFESPACE, an infotainment format by Rundfunk Berlin-Brandenburg (rbb) that answers questions about health and well-being on TikTok.
From the jury's statement: "A young editorial team creates content around the topics of mental and physical health and well-being for an even younger and hard-to-reach audience. The platform of choice is TikTok, where this audience is at home. The SAFESPACE team communicates authentically and at eye level, feedback from the community is taken directly and translated into new content. SAFESPACE indeed offers a protected space on a platform where very young users in particular feel at home and look for like-minded people. A platform that, like many other social media channels, is not always entirely innocent of problematic body images and insecurity due to the many perfectly staged images/videos and negative comments."

BLM President Siegfried Schneider: "How important quality journalism and well-researched content are to the audience became clearer than ever during the crisis. The SAFESPACE project offers reliable information on the topic of physicality and identity, which is central to the youth target group – documentary, digital and straight to the point."

Bettina Katja Lange and Uwe Brunner received an honourable mention for THE SMALLEST OF WORLDS.


From the jury's statement: "THE SMALLEST OF WORLDS provides a very intimate look into private space, which has taken on a new significance due to the restrictions of the Corona pandemic. Starting from the retreats of the project artists, an environment of 300 glimpses into private spaces of people from 40 nations developed via crowdsourcing. The rooms were created with the help of photogrammetry. With this technique, it is possible to transform real spaces from images and videos into 3D models and then make them accessible with the help of virtual reality via VR glasses or in the browser."
Jury: Volker Bach (Head of MIZ Babelsberg and ALEX Berlin), Prof. Dr. Lena Gieseke (Film University Babelsberg Konrad Wolf), Matthias Leitner (Digital Storyteller & Strategiedesigner), Sabrina Scharpen (ZDF), Jutta Schirmacher (BLM) 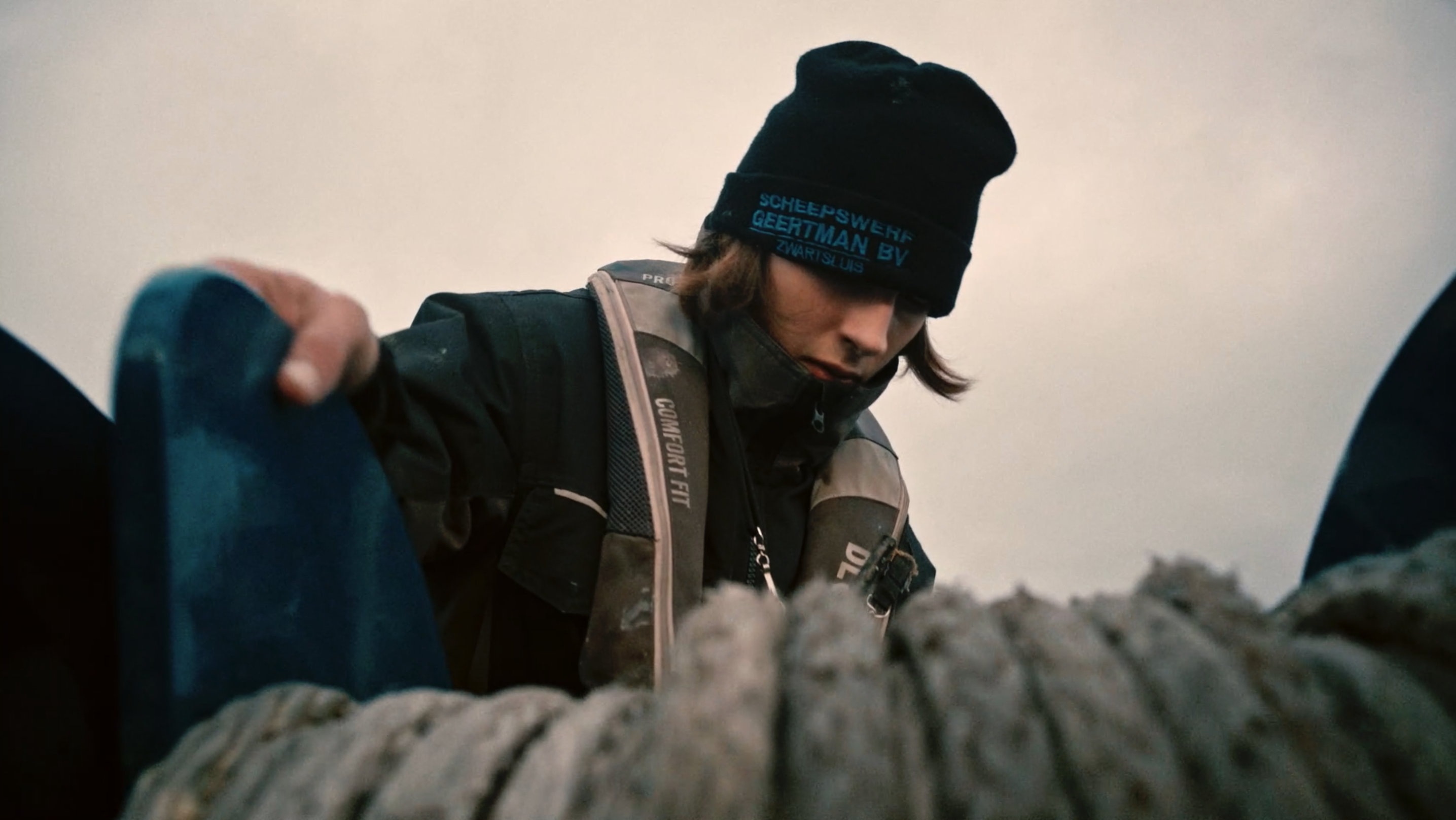 The pitch competition offers students from our partner universities the opportunity to further develop their current projects in exchange with editors, producers and distributors as part of the DOK.forum marketplace and to gain new financing partners. The prize is sponsored by the Haus des Dokumentarfilms Stuttgart and is endowed with 2,500 euros in research funding. 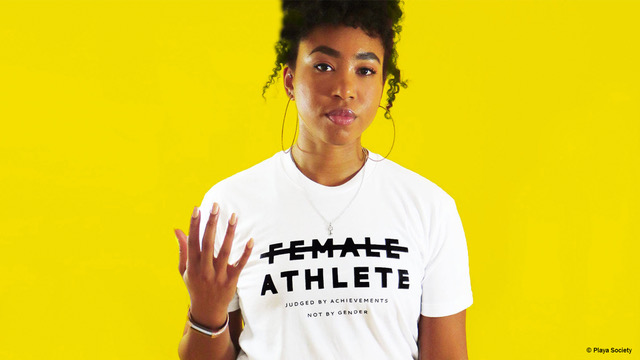 The award recognises projects with a large proportion of archival material and thus strengthens a documentary genre rich in tradition. The winning project receives British Pathé archive material worth 15,000 euros or alternatively 2,500 euros in cash.
The award goes to LIFE IS NOT A COMPETITION BUT I'M WINNING by Julia Fuhr Mann (director), Melissa Byrne and Sophie Ahrens (producer).
From the jury's statement: "Our audiovisual heritage is our preserved memory. In this collective memory we can find many beautiful as well as uncomfortable perspectives on ourselves that were never the conscious intention of the recorder. With their new examination of our past, the director and producer of LIFE IS NOT A COMPETITION BUT I'M WINNING bring us into the present day. By mirroring the power of our collective adherence to norms and narratives, they question our willingness to change. The project by Julia Fuhr Mann, Sophie Ahrens and Melissa Byrne deals with the utopian potential of competitive sport beyond rigid gender boundaries and images. [...]"
Jury: Gunnar Dedio (CEO Looksfilm), Nina Goslar (editor ZDF/ARTE Fiction), Karin Jurschik (professor, HFF München), Simon Witter (Footage Archiving / Licensing, British Pathé Ltd.)

In order to strengthen the artistic cooperation between filmmakers and composers, the best musical concept for a documentary film will be awarded 2,500 euros. The prize is sponsored by Sonoton Music, the world's largest independent provider of professional production music.
Akmaral Zykayeva, Katerina Suvorova and Viktoriya Kalashnikova will receive the award for MAY IT BE A GIRL.

From the jury statement: MAY IT BE A GIRL deals with a widespread phenomenon in Kazakhstan. The portrait film explores the self-perception of modern Central Asian women who have been given male names by their parents because their parents wanted a boy and not a girl as a child: one such name, for example, is Ulbolsyn – It Shall Be a Boy. The protagonists reflect on the meaning and consequences of their name and thus pose questions about the significance and place of women in the family and society. [...] The musician and composer Akmaral Zykayeva alias Mergen will create an auteur soundtrack in close collaboration with the director Katerina Suvorova and the producer Viktoriya Kalashnikova. [...]"

Sunny Side of the Doc Award
LIFE IS NOT A COMPETITION BUT I’M WINNING
Julia Fuhr Mann (director), Melissa Byrne, Sophie Ahrens (producer) 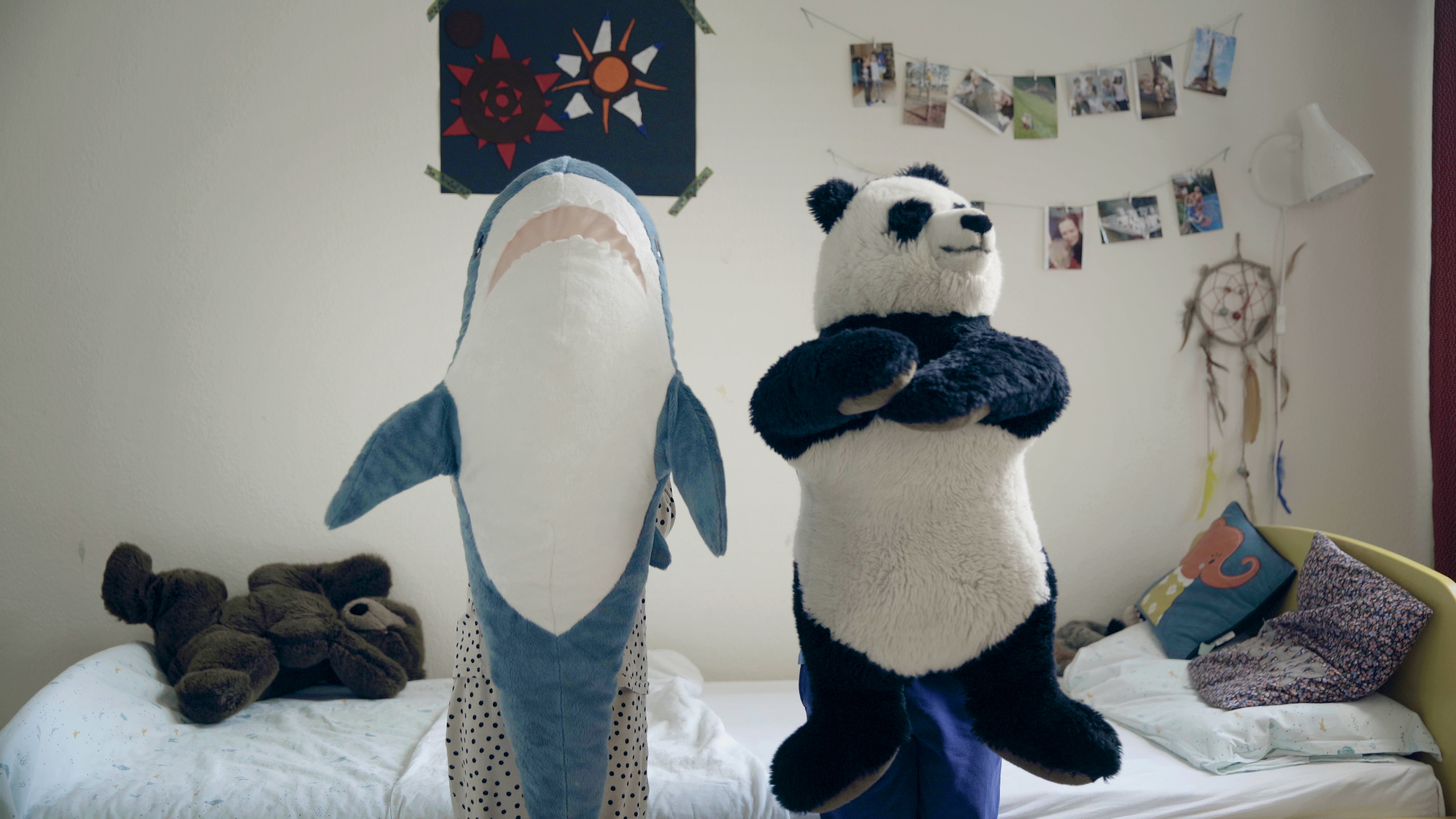 In addition, the following project will be awarded with a one year DAE-Membership: 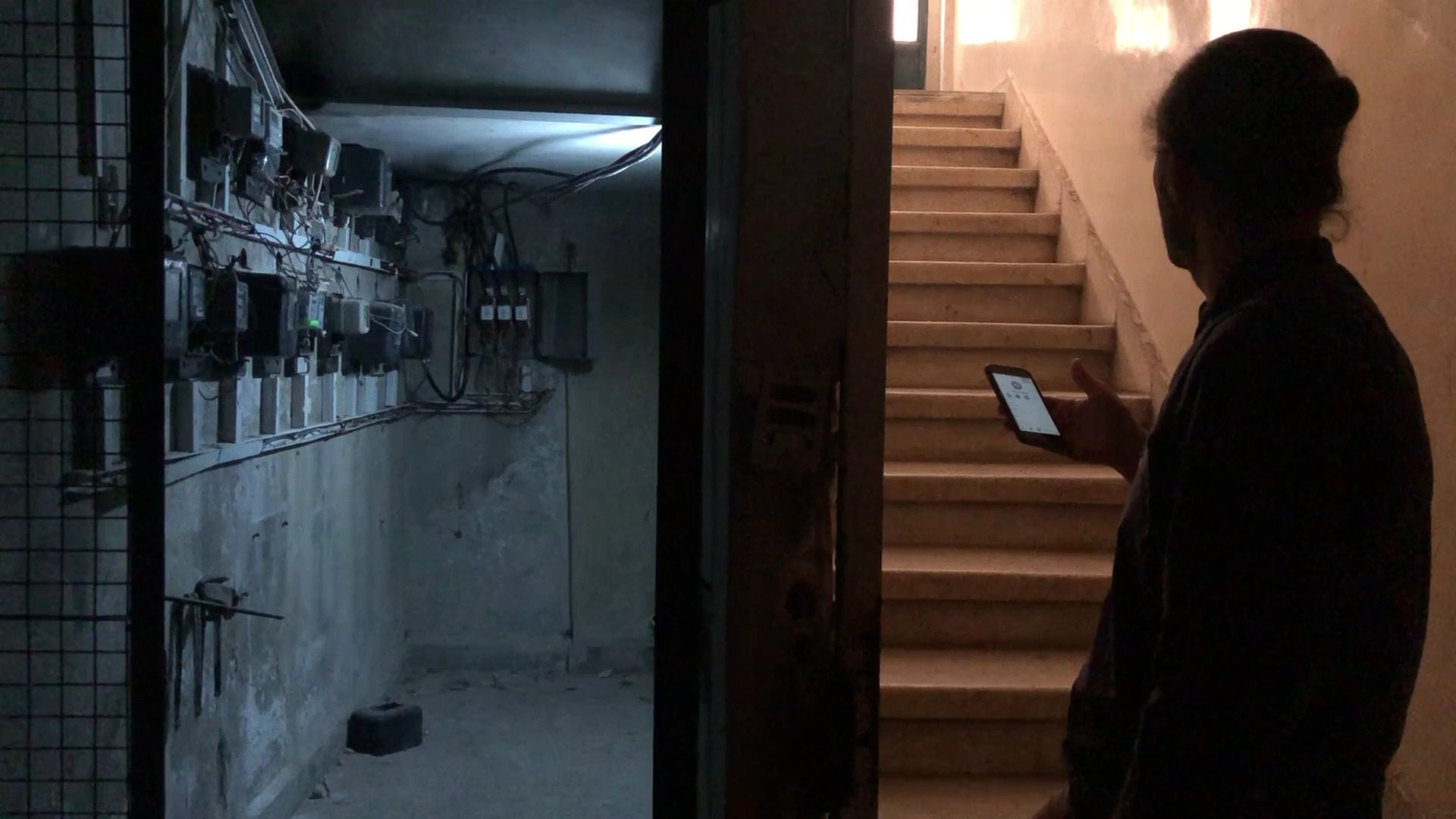 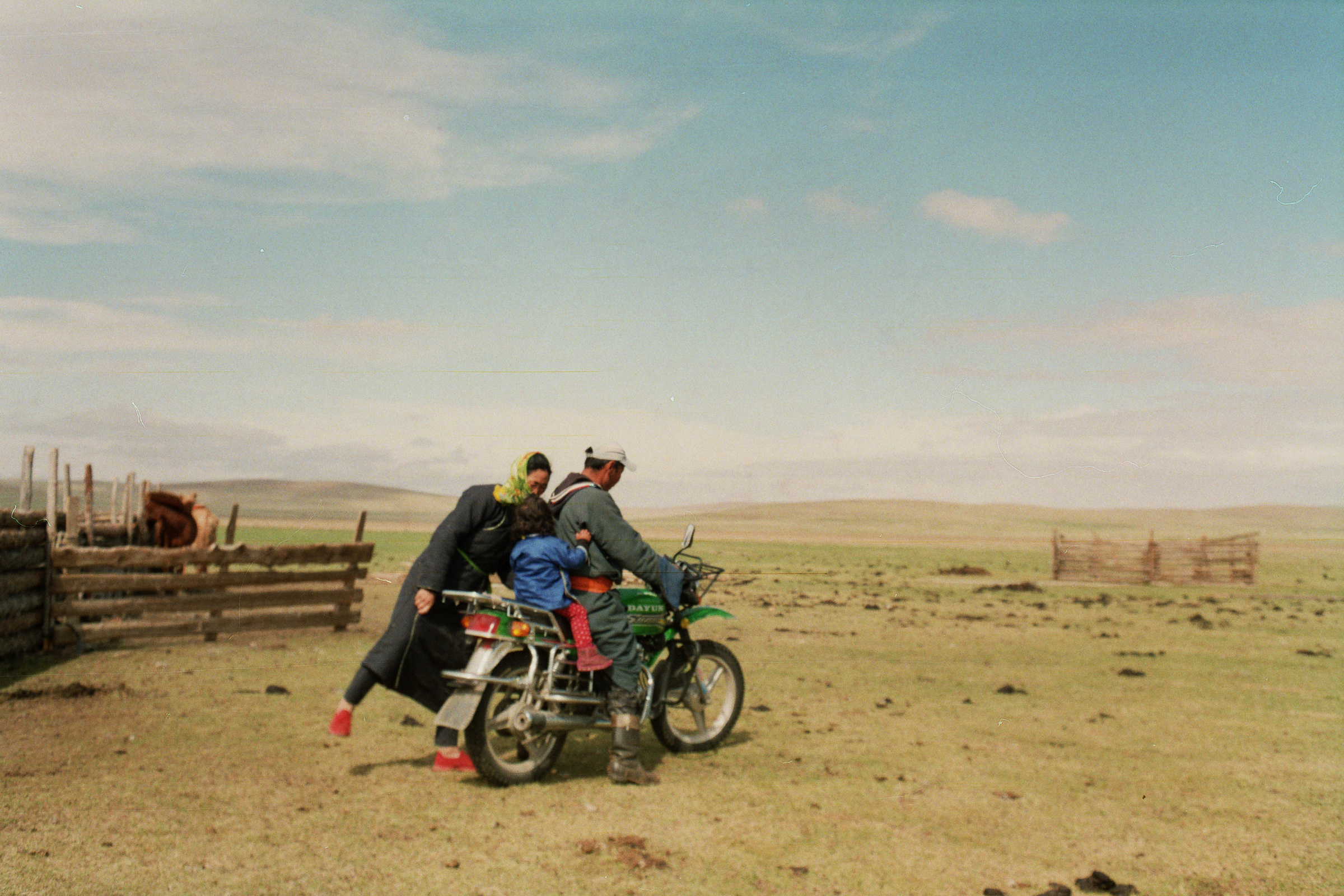 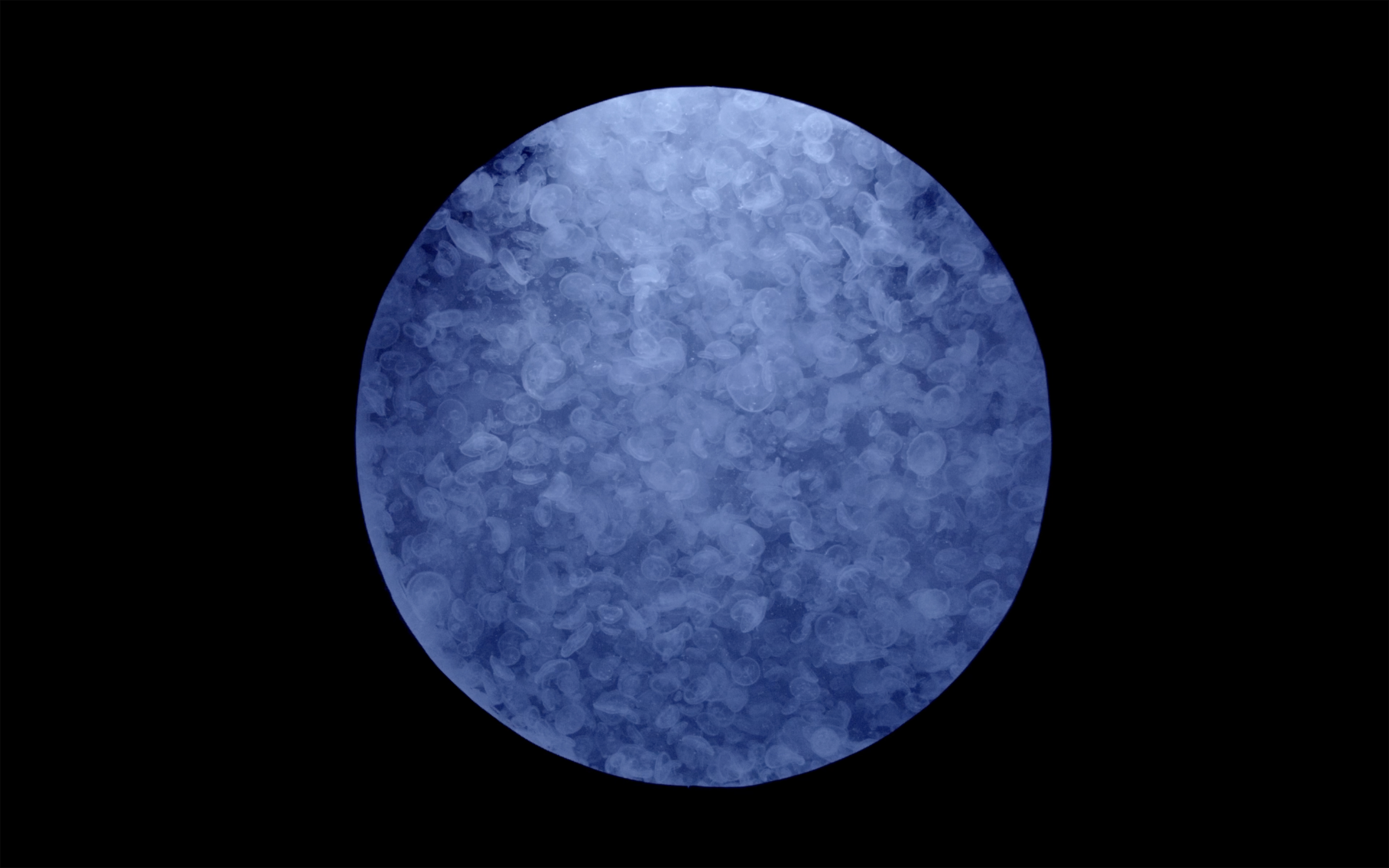