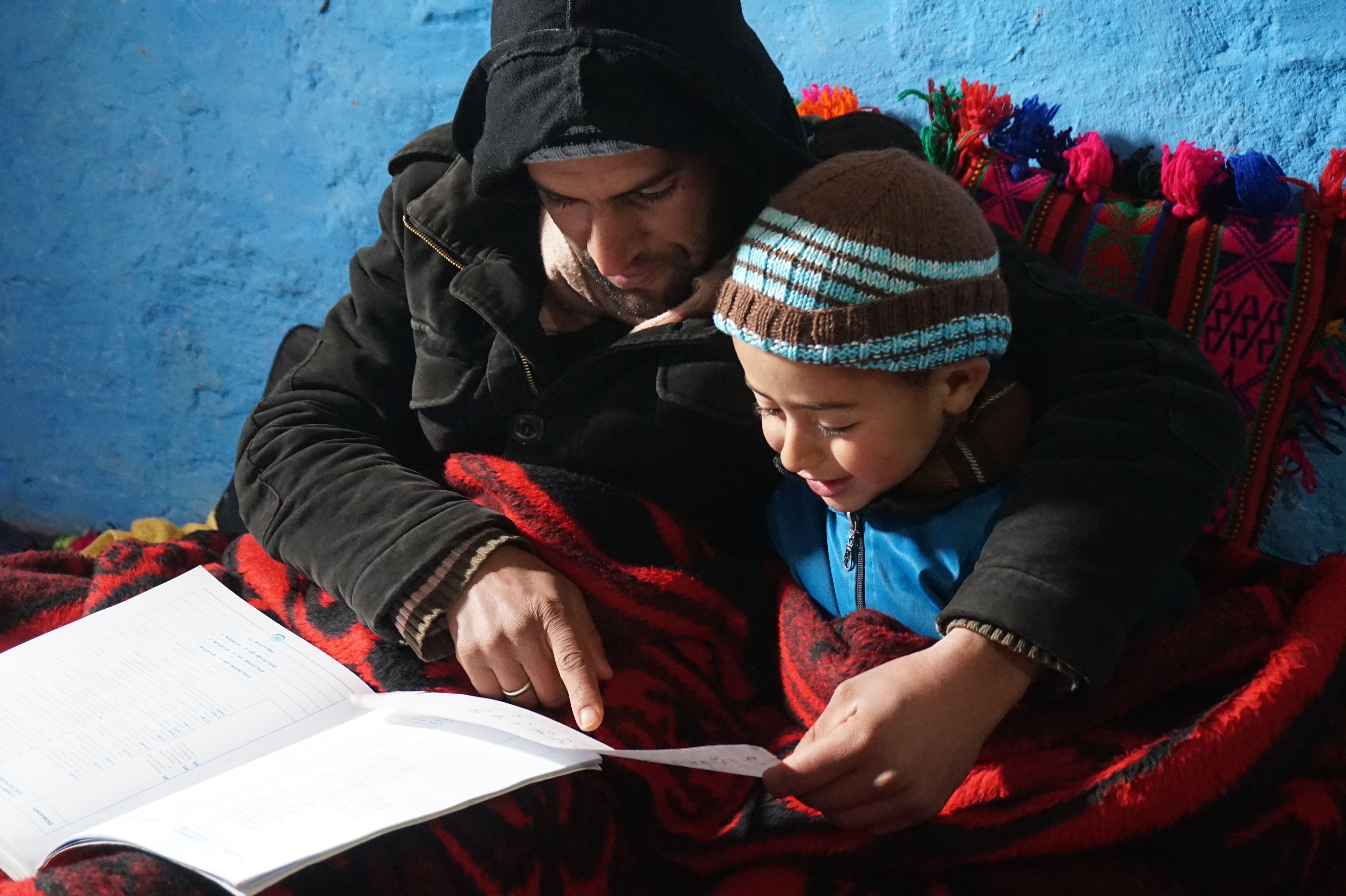 The DOK.fest Award of the SOS Children's Villages worldwide is awarded for films that make the perspective of children and young people visible in a remarkable way. This year, the prize goes to Mohamed El Aboudi for his film SCHOOL OF HOPE.

This school of hope stands in the middle of the steppe, an earthen building without heating, but with a dedicated teacher who guides the children of Moroccan nomads the way to the future. Their lives are marked by increasing drought, the herd has to be taken care of and the way to school is long. Finally arrived, the children enjoy the hours in which they are allowed to be carefree. They learn and play together. But not all the children are allowed to participate.

The jury writes in its statement: "The documentary SCHOOL OF HOPE by Mohamed El Aboudi shows how fundamental education is to the progress of a society in a touching and poetic way. For these children, school is the place where they are able to just be children. It is a film that generates hope, that shows how intense and full of curiosity children can be, and how grateful they are to be able to learn. The film’s narration is gentle in every respect. With slow panning shots across the landscape it impressively reveals the nomads’ living conditions and develops a particularly close relationship to them. The outstanding camera work and the sensitive use of music strengthen this impression. The arid landscape appears to stand in contrast to the resilience of these children. Similarly, the film attests to the fact that there is no region on earth that is not touched by climate change. A poignant, sensitive film, which, in quiet tones, warns us not to close our eyes to society’s problems but which, nonetheless, radiates hope through its strong protagonists, who are at the heart of the story. The film makes you long to go to school and in doing so counters the school apathy that you can often feel around here." To the jurors.

The DOK.fest Award of SOS-Kinderdörfer weltweit is sponsored by B.O.A. Videofilmkunst and endowed with 3,000 euros. It will be awarded for the eighth time at DOK.fest München 2021 @home.

The winning film SCHOOL OF HOPE and the nominees can be watched online as part of DOK.fest München 2021 @home from 6 to 23 May 2021.

FAR FROM YOU I GREW
France 2020, Marie Dumora