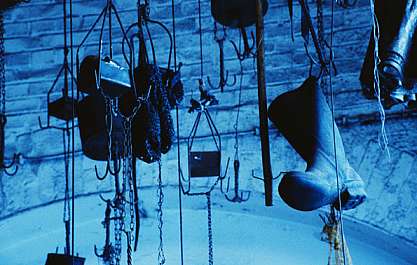 "To me, this film means a return, an encounter and at the same time, a farewell. For the first time in my life, I was working and living in Poland, the country where I was born.

The result was plain and sobering: more and more, my longing dissolved into daily routine. But it also brought about closeness. In addition to my memories and dreams, now there was the simple look at the way things are - as it happens in a personal relationship.

The other Autumn tracks this path. It is a personal act of writing history, brought together by the montage of traces, pictures, texts and places I came across.

The exact location is Silesia, formerly the linguistic border zone between Poland and Germany. Also it is a cult site of Polish communism, its heart and its asshole. And today: the place where a radical change for market economy is at its peak - a brutal change which disrespects the individual, a blessing only to those who don't have to pay for it." Pawel Siczek