A unique format for training and collaboration

The Master’s Pitch is a unique format for training and collaboration, initiated by Documentary Campus and DOK.fest München. It provides an opportunity for nine selected teams to pitch their documentary projects to a jury of international commissioners and experts. The Master’s Pitch delivers constructive feedback and the chance, to kick start the commissioning process in a congenial and collaborative atmosphere. Half of the pitches of 2017 and 2018 resulted in deals with German broadcasters
or co-producers! The audience, including producers, directors, distributors and representatives from major broadcasters, is also asked to give feedback.

Throughout the day, our jury members will be in the spotlight as well, presenting their perspectives on this year’s focus theme – Look Who’s Watching: The Documentary Audience.

The Audience – we want them but what do we really know about them? We want them to engage in our stories but how much effort do we put into finding out who they are, what resonates with them, and how they want to engage? Let’s face it, there are many sad stories out there about great docs that never had great audiences. This day is designed to give filmmakers the tools they need to get to know the people on the other side of the screen. How? Through an essential, fact-driven tool at our disposal – DATA.

We begin with a special presentation – a case study of eco thriller SEA OF SHADOWS by multi award-winning director and DOP Richard Ladkani. Richard will present the calculated strategy behind reaching and engaging their target audience. SEA OF SHADOWS secured this year’s Audience Award: World Cinema Documentary at Sundance. What better proof that the strategy worked!

Guest speakers and jury members include New York based industry guru Peter Hamilton (DocumentaryBusiness.com). Peter will reveal his unrivalled analysis of trends in audience engagement from every market across the world. CEO and founder of distribution company First Hand Films Esther Van Messel, will share her unique perspective on what resonates with audiences today, gleaned from two decades in the business. Tomas Lindh Executive Producer of Online Development at SVT presents future shocks and why there is such an urgency to change how we approach and relate to our audience. While Alex Hryniewicz, from LITTLE DOT STUDIOS, will reveal astounding audience data collected from some of the 24 channels he manages out of London. Ava Striker from MUBI will disclose engagement data, the trends and patterns, that drive this platform designed and curated for Cinephiles. We’ll also present DIY solutions – find out how to generate your own audience data.

Look Who’s Watching: The Documentary Audience, a day that promises to be entertaining, illuminating and informative – sounds like a recipe for a good documentary!

This day is curated and moderated by award-winning documentary maker Ruth Berry. A longtime supporter of Documentary Campus and familiar face at international markets. 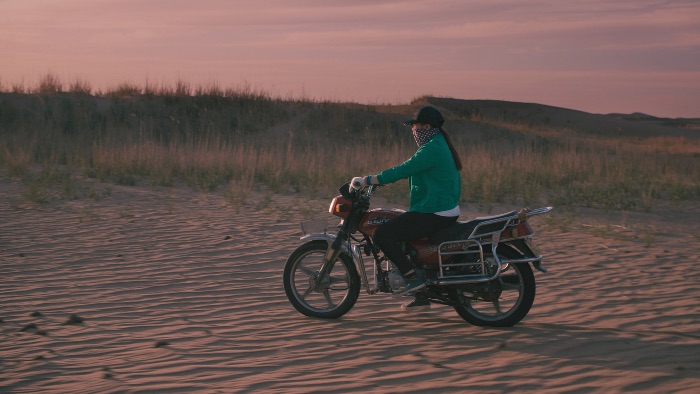 COLOUR OF THE WIND 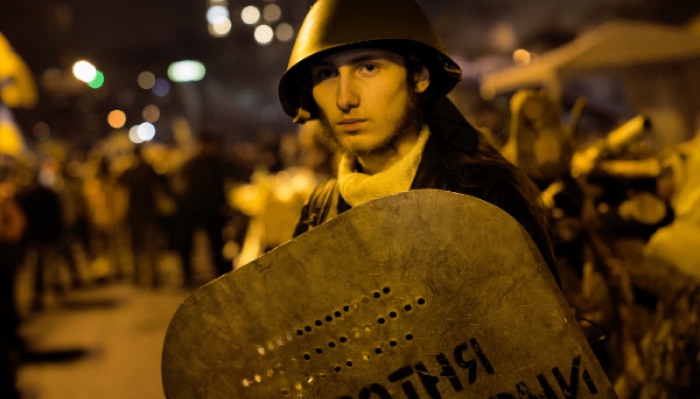 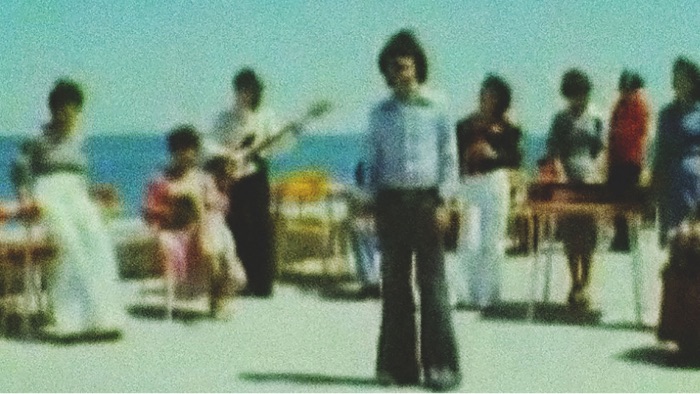 DO YOU LOVE ME 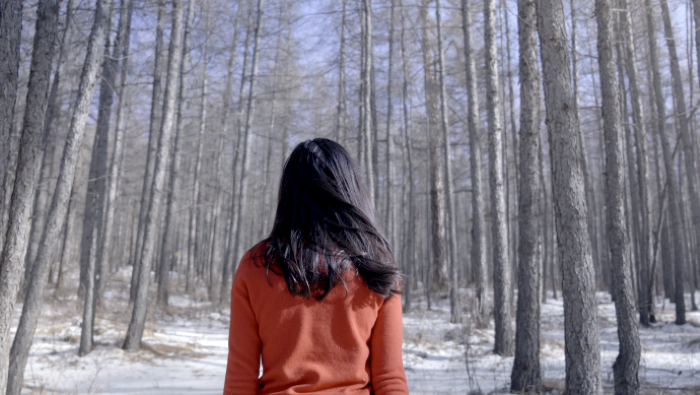 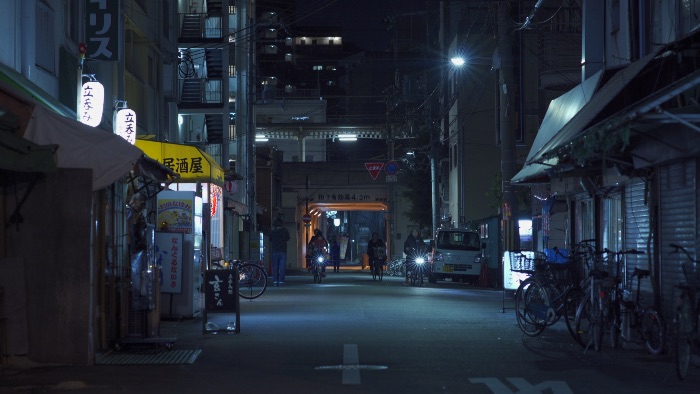 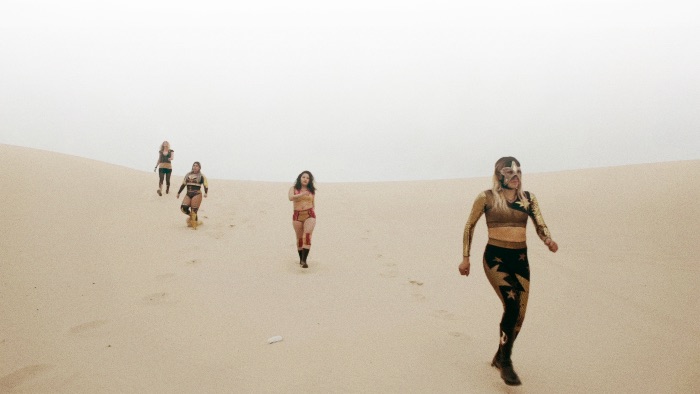 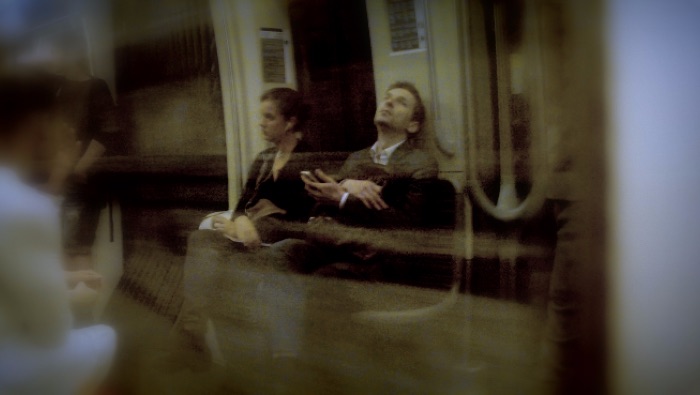 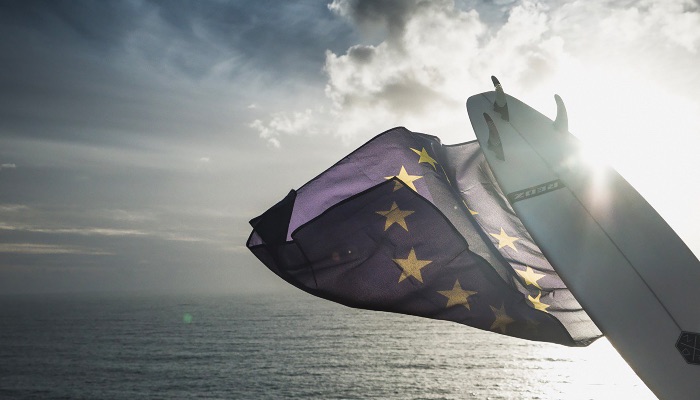 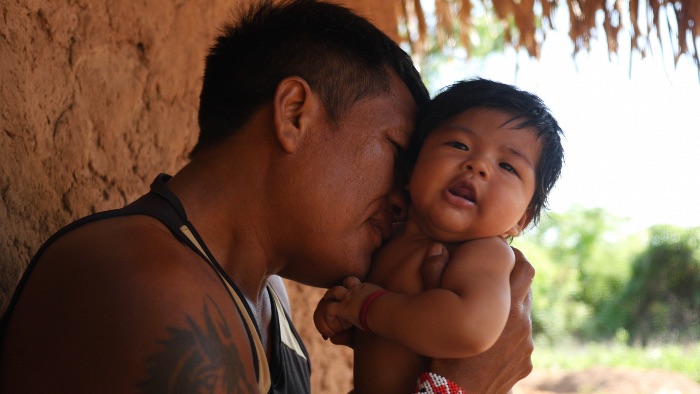 THE FOREST AND ITS WARRIORS 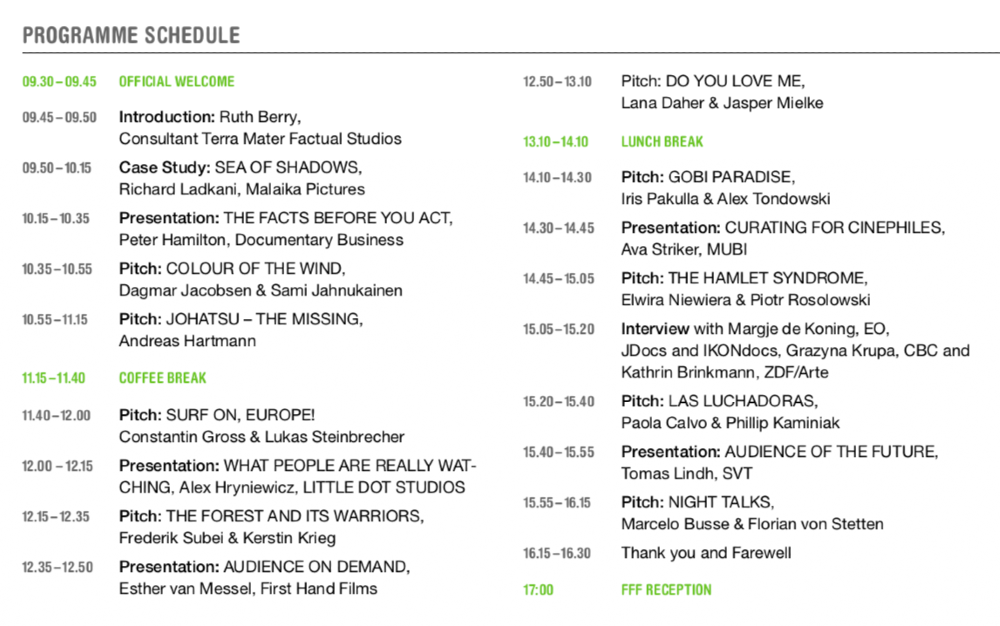 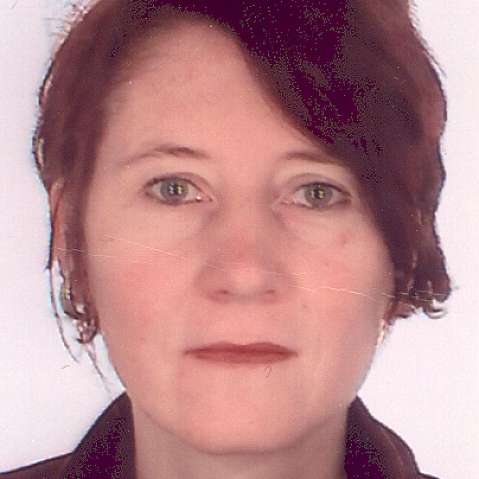 Kathrin Brinkmann studied Applied Dramatic Arts in Giessen, Germany. From 1994 she has been commissioning editor for the European Culture Channel ARTE and ZDF/Das Kleine Fernsehspiel, responsible for the development and production of ARTE “Theme Evenings”. She has worked on new programme formats for “Quantum”, the Television Workshop of Das Kleine Fernsehspiel/3Sat. Since 2000 she is a member of the new production department ARTE THEMA and ARTE CULTURE within ZDF. 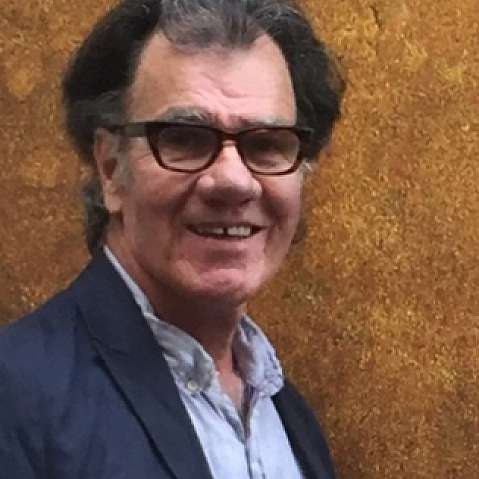 I am a senior consultant who specializes in the business of the documentary and unscripted video niche. My clients include leading producers, networks like Discovery & BBC, foundations, investors and governments. I recently executive produced a Smithsonian / BBC biodoc on Jonas Salk and the race to develop the polio vaccine. My film is hosted by Bill Gates. Also, read my free, newsletter, DocumentaryBusiness.com. 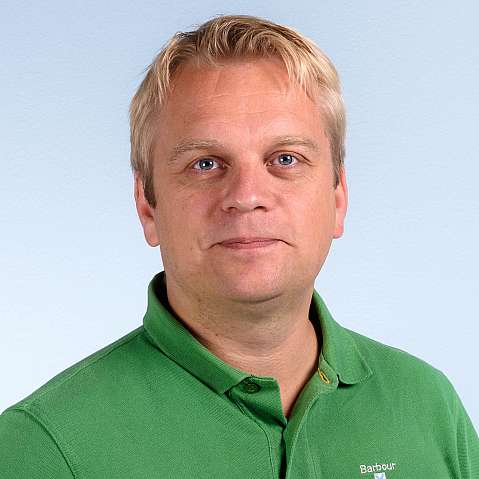 Worked with public service for over 20 years with a special focus for online and cross-media development and online/on-demand publishing. Previously at Swedish Yle as head of development and head of programme for the on-demand service Yle Areena. Notable work as producer/director; "The Norden" (6x30min for Yle, SVT, NRK, DR and Netflix), 2015 and "Breaking the Cycle" (Yle, NRK, DR, SVT and Netflix worldwide, 2017. Currently working as executive producer (online & development) at Swedish Television (SVT). 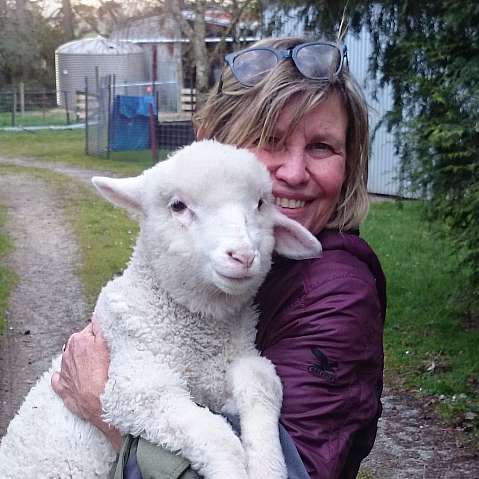 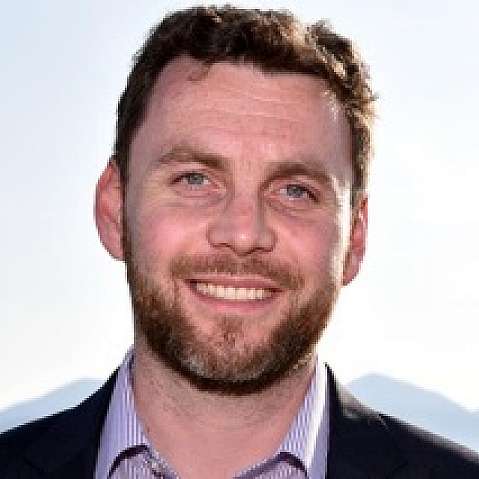 Alex is Head of Owned Channels at Little Dot Studios, a next generation broadcaster and producer where he oversees a team of 15 staff working across more than 20 channel brands. Alex oversees the strategic development of the channels as they expand onto new platforms, syndicate content to 3rd party VoD services and expand their commissioning, production and brand partnership opportunities. CBC/Radio-Canada is Canada’s national public broadcaster. Through our mandate to inform, enlighten and entertain, we play a central role in strengthening Canadian culture. Grazyna Krupa is a creative media executive with over 20 years experience in the development, production and commissioning of factual programming, digital series and documentaries. She oversees CBC`s Arts programming strategy, live cultural awards and is a key member of the programming and development team for all Unscripted projects at the CBC. 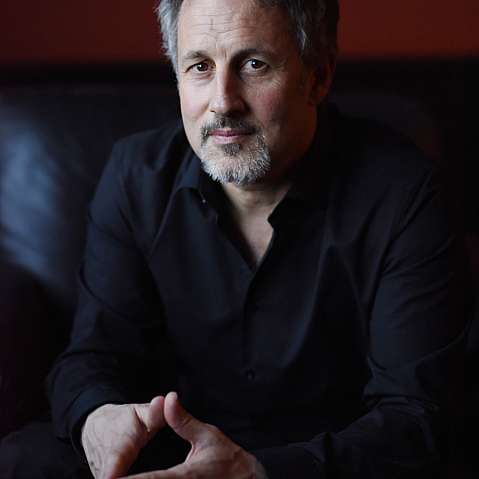 Richard Ladkani, a critically acclaimed Austrian director and cinematographer, has won numerous international awards. Two of his films were shortlisted for an Academy Award. His latest feature, the National Geographic doc SEA OF SHADOWS, executive produced by Leonardo DiCaprio, won the Audience Award at the Sundance Film Festival 2019. His earlier films include the Netflix Original THE IVORY GAME and THE DEVIL’S MINER. 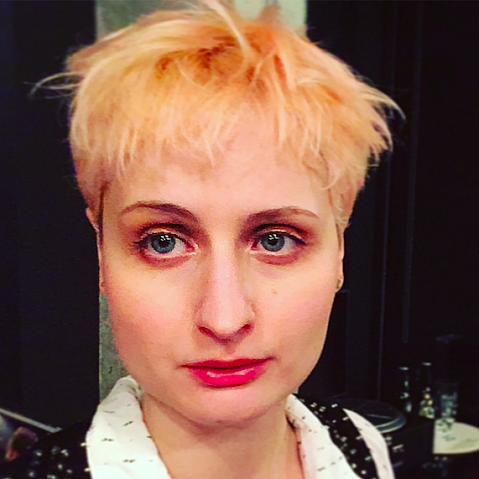 Ava works in MUBI's content team with a focus on platform acquisitions, and has recently joined the company's newly formed production department where she is involved in script development. 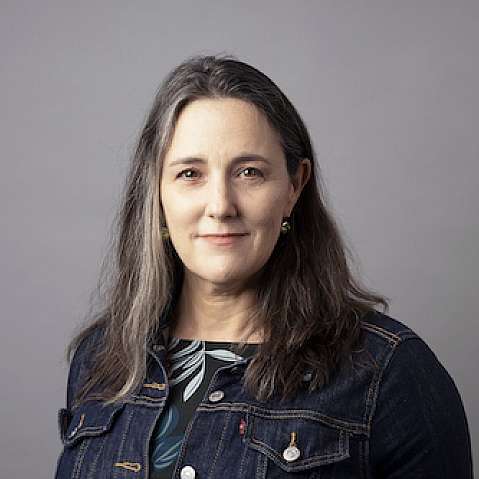