DOK.fest Munich is very keen to support the network of film-making teachers and children and young people interested in film. By applying what they have learned and making their own decisions while filming, young people develop a deeper understanding of dramaturgical and technical processes and thus sharpen their view of the medium of film and the thematic content of their film narrative in a completely new way. That's why DOK.fest Munich has been awarding a cash prize endowed with 250.- Euro for four years as part of the Film Days of Bavarian Schools. 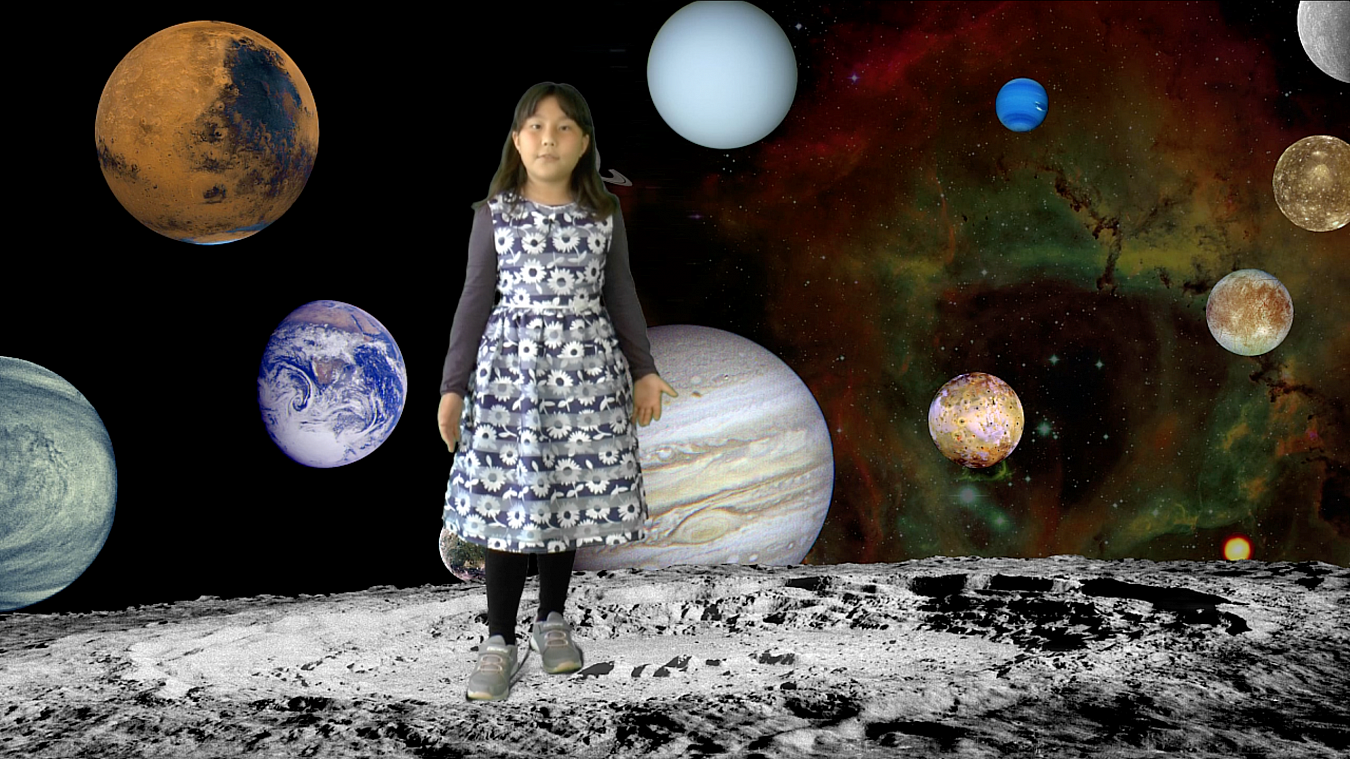 The jury of the 44th Film Festival of Bavarian Schools awarded the film MONDSTEIN 66075 with the Documentary Film Award endowed with 250.- Euro donated by DOK.fest Munich. Congratulations!

There is a stone from the moon in the Ries Crater Museum in Nördlingen. In the 1970s, American astronauts had trained in the Ries crater (which was formed by the impact of an asteroid) with regard to appropriate rock samples. As a thank you, the museum received this real rock from the moon, brought back by the Apollo 16 mission.
The Moviebande interviews the director of the museum and invites the audience in a charming way to dive into the depths of history. The group worked with green screen technology, interviews, moderation and observational images. The performance of the Moviebande, led by Mr. Dieter Scholz, who carried out the film production and editing together with the primary school pupils of the GS Nördlingen-Mitte, is outstanding and special. The children are involved in the work from the very beginning and create all the steps themselves, from the script to the soundtrack.

About the Bavarian Schools Film Days

The oldest German film festival for pupils has been a meeting place for active and creative film work in schools in Bavaria for over 40 years.
The 44th Bavarian Schools Film Days is organised by the "Landesarbeitsgemeinschaft Theater und Film an den bayerischen Schulen" (LAG) and the association "Drehort Schule e.V." (DOS) and recognised as further training for teachers of all school types. Pupils and teachers of the participating film groups can be released from teaching for the film days. The extensive film programme presents a selection of films to the 300 participating students: about 30 films by young filmmakers of all ages are included in the main programme and have a chance of winning one of the promotional prizes. The festival centre and organising team is based at the Realschule Holzkirchen, the festival director is Sebastian Wanninger.

In terms of scope and duration, this year's Online Film Days were in no way inferior to the main event. As every year, there were great cash prizes to be won, and in addition to the obligatory four blocks of films by students with about 30 films, there was again a special guest with a feature-length film: CHADDR – UNTER UNS DER FLUSS, which celebrated its premiere at DOK.fest 2020. The sound engineer of the film team, Andreas Goldbrunner, was on site as a film guest and answered all questions about the filming.

In addition to the established 99-second competition, the festival offers selected workshops for school classes and teachers: one of them with DOK.education director and filmmaker Maya Reichert. In the workshop, the professional filmmaker reported on how she herself approaches filmmaking and what to look out for when making documentary films. The participants got an insight into the topic of image composition, she revealed the most important tips and tricks for cinematic storytelling, and the young film enthusiasts were able to practise how to get the best answers in interviews.