The Goethe-Institut is a worldwide ambassador for German film. 158 Goethe-Instituts in 98 countries show the latest developments in German cinematic art. The Documentary Film Award of Goethe-Institut honours an outstanding German documentary film of the current year and is endowed with 2,000 euros. From 2022 onwards, the award will be presented in rotation at four different documentary film festivals. The new procedure started in May 2022 at DOK.fest München and will now take place in the turn of the year at the DOK Leipzig festival, the Duisburg Film Week and the Kassel Dokfest.

In May 2022, the Documentary Film Award of Goethe-Institut took place for the second time and the award at DOK.fest München went to LIEBE, D-MARK UND TOD by Cem Kaya (Germany 2022, 96 min.).

A precisely researched, lively and eye-opening tour de force through more than half a century of German-Turkish history: The Turkish guest workers brought their music with them to Germany. "Why were we separated? The cruel train to a foreign country tore you away from me...". Left alone, discriminated against and exploited in a country that was supposed to be their hope and future. The situation of the guest workers was precarious. Listening to their own music was a distraction and comfort, but it also always had a political dimension. Revolt and protest were important contents. A great musical wealth emerged completely under the radar of the German public, a culture with its own stars, labels and cassette shops, which has now reached the second and third generations. A hidden treasure!

From the jury statement: "One film in particular persuaded the jury with its impressive and thoroughly researched story that will resonate with countless people around the world. The film is full of spirit and rhythm, reflection and emotion in equal measure. The filmmaker has succeeded in making tangible and acknowledging the story of Turkish migration to Germany and its contribution to the country through music."

Alice Schwarzer has shaped feminist discourse in Europe since the 1970s like no other woman. She has initiated countless campaigns, never shies away from conflict and is regularly at the centre of controversial debates. Who is this woman and what drives her? A radically subjective portrait of a charismatically fearless woman among those who fight alongside her.

Through a family secret revealed on her father's deathbed, Uli Decker is finally able to get closer to her father. In her intimate and life-affirming, award-winning family saga, she takes us on a journey through a life in Upper Bavaria shaped by rigid role models, which prevented the father and daughter from understanding each other throughout their lives.

Sophie and Dominik’s love story takes place on the streets. The two young people sleep in doorways, roam around Berlin and hang out with friends. But a shadow looms over them: Dominik faces a prison sentence. When Sophie falls pregnant, the couple long for their own place to live. Epic and incredibly intimate without passing judgement.

Resignation? – Never. As long as Thomas Hoepker has a camera in his hand and his wife at his side, the famous German Magnum photographer remains in good spirits despite his slowly advancing dementia. He still has one big dream to fulfil; one last picture story to tell! A poignant journey that takes us across the USA and into the heart of a major artist.

The A49 through the Dannenrod Forest has divided the local population for over 40 years. Through their protests, three generations have been able to delay its extension until now. But for how much longer? The verdict has been passed, the forest is now occupied by activists and the police are already preparing for their eviction, to make way for the machines.

Maria, Tirloi and their relatives have no choice: in their Romanian Roma village there is no work. In order to survive and provide for their families at home, they go begging in Hamburg. For five years, Andrei Schwartz accompanies them with respect and appreciation and shows us people full of dignity, who don’t give up no matter how difficult their situation is.

When the Turkish guest workers arrived in Germany, a diverse music culture developed, completely unnoticed outside of the Turkish community, with its own stars, record labels and hit songs that reflected the difficult arrival in Germany. A dense and meticulously researched film essay. A revelation.

Ex-East, ex-West, the Cold War and a great love affair. How was it? How did it feel? There are films that rely on images and archive and then there are the films that simply recreate everything without further ado in playful detail. A film that crosses borders, with tongue in cheek humour that is one thing above all: a great love story.

In autumn 2021, the Documentary Film Award of Goethe-Institut was given to the film REPUBLIC OF SILENCE (Syrian Arab Republic/Germany/France/Italy/Qatar 2021, 181 min.) by Diana El Jeiroudi at the Leipzig International Festival for Documentary and Animated Film. 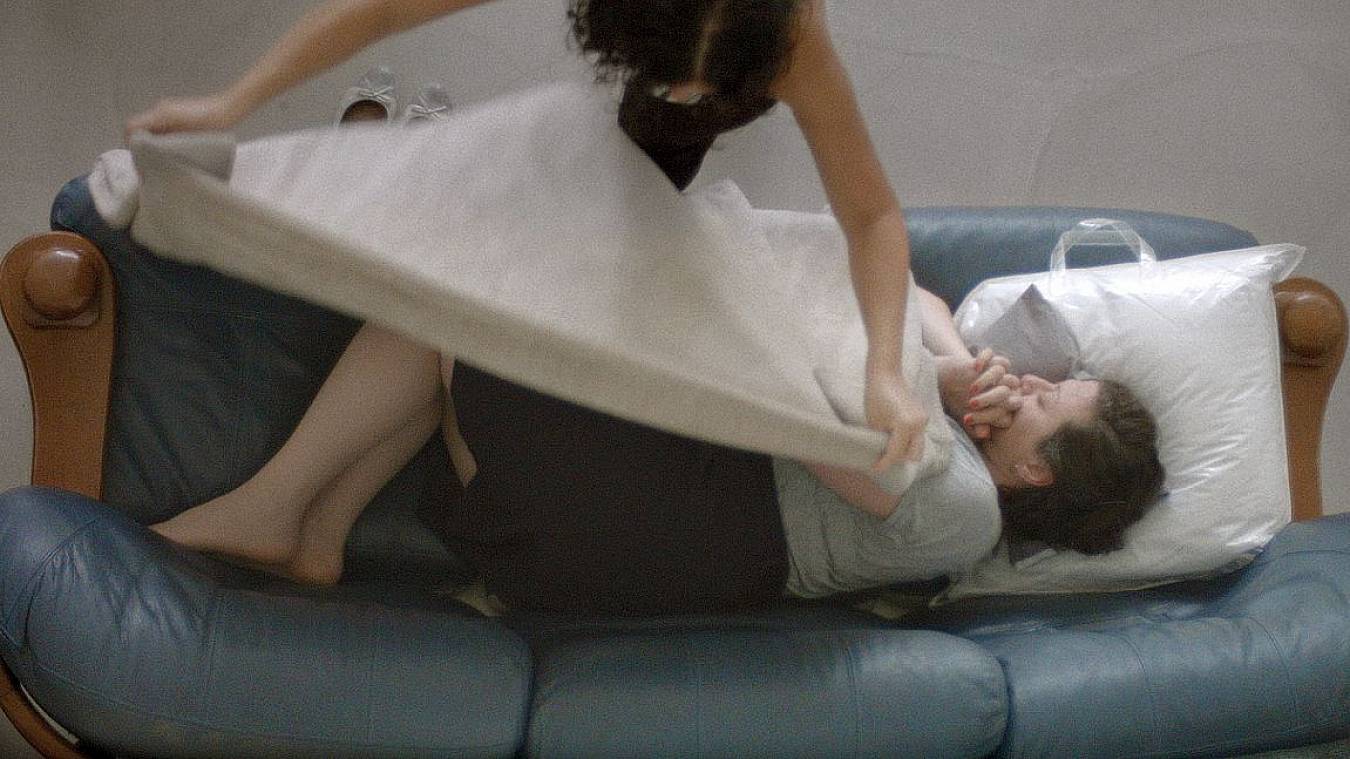 With a radically personal view, the director assembles different fragments from her life into an intimate cinematic diary. In doing so, she allows us an insight into Syria's conflict-ridden history of the last 40 years that overwrites the stereotypical images conveyed by the media and thus allows an alternative approach. She uncompromisingly exposes the audience to their injuries and traumas, but also to the violence of war. In a virtuoso montage, she weaves together the diverse possibilities offered by the medium of film. A plea to the world public to be aware and not to remain silent in the face of war and dictatorship.