This year DOK.fest München together with the Robert Bosch Stiftung offers the second time a Fellowship Programme accompanied by training in story and treatment development, financing and pitching.

Follow the Nile is a nonprofit Initiative that was established in 2019 by the Robert Bosch Stiftung, its main goal is to build bridges of dialogue and collaborations between North Africa and East Africa. Its name was inspired by the intention to connect the artistic ambitions of thinkers, artists, writers and filmmakers living and working in countries through which the River Nile flows as well as those around the Nile Basin. Follow the Nile Film Development Program offers eight directors and/or writers, the opportunity to develop their documentary or fiction feature films, with the help and supervision of our mentors. The program also facilitates one-on-one meetings with potential local and international producers, financiers and industry professionals. 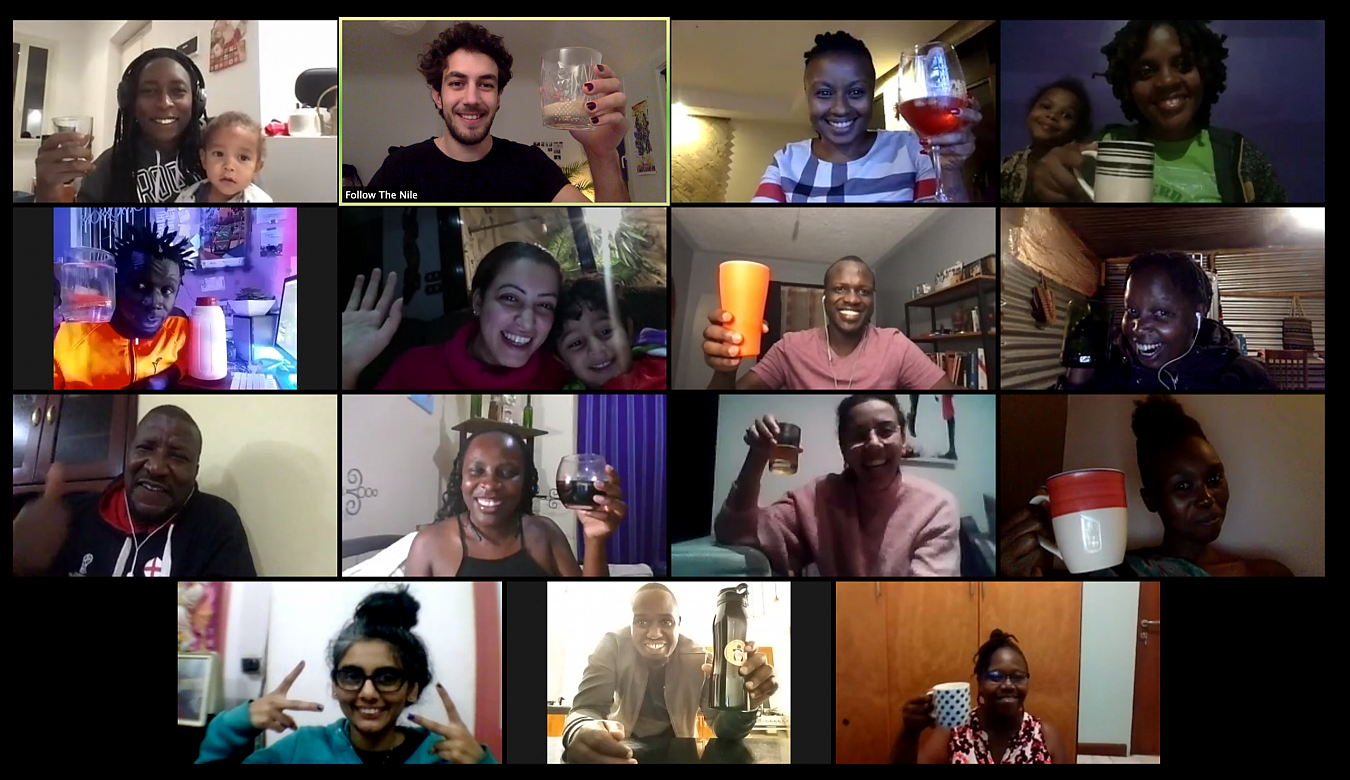 The programme so far is designed in three stages:

2. attending and participating in a film festival hosted in North Africa. In our 2019 edition, the participants attended the Carthage Film Festival.

3. The fiction films of the program attend the Berlinale Film Festival and pitching their projects. And the documentary films attend and take part in DOK.fest München.

Three documentaries have been selected for the 2020/21 development programme:

In FRAGILE the comity was able to relate to a human story that revolves around the resilience and determination of young Abdulrahman that was trying to find his place in the world, while suffering from a life-threatening disease. A story that we have absolute confidence that its director Sally abobasha will portray and bring out to the world with all its uniqueness and purity.

TONGUE OF THE SPEAR, Uganda

In TONGUE OF THE SPEAR the selection jury was captivated by determination of Klara to make sure that her small village in rural Uganda is preserved from rapid modernisation plans, a story that is taking place in different shapes and forms all over Africa, and a fight that we decided to help its director Patience Nitumwesiga to help echo its sound through this promising film.

A beautiful and emotional story of motherhood and resilience told through the eyes of Donga, an ex-criminal turned musician and Shiku, a sex worker on the streets of Nairobi. The director Mwaura Timothy was able to gain rare access to a part of Nairobi that has never been seen on the big screen before, we believe that this movie will defiantly leave its mark on Nairobi as a city and on every person that gets the opportunity to watch this beautifully told story.

The projects were mentored by the Kenyan award-winning director/producer Sam Soko and the Lebanese producer Myriam Sassine. Over all the three online stages, the teams had to research, develop and present their ideas and approaches to how they would approach the making and developing of their stories. The mentors were able to navigate the teams in order to formulate a consistent vision and a unique voice for each project and hopefully have brought them a step forward into the realisation of their respected projects.

To know more about Follow the Nile programmes and its participating film projects please visit: www.followthenile.org

During the first training block, the fellows further developed their materials with their mentors Daniel Lang (lecturer at University of Television and Film Munich), Jan Sebening (DOK.fest München) and Don Edkins (filmmaker). The programme included workshops and mentoring in the following areas:

During the online festival edition of DOK.fest München the fellows will have the opportunity to pitch their projects at the industry platform DOK.forum Marketplace (05 to 13 May, 2021). This period includes the following steps:

At selected one-to-One meetings, all participating filmmakers will be invited to discuss and further develop their projects with producers, commissioning editors, distributors and sales agents especially interested in African content. The objective is to facilitate new co-productions through targeted matchmaking. The residents will get full accreditation for the 36th DOK.fest München from 06 to 23 May 2020.