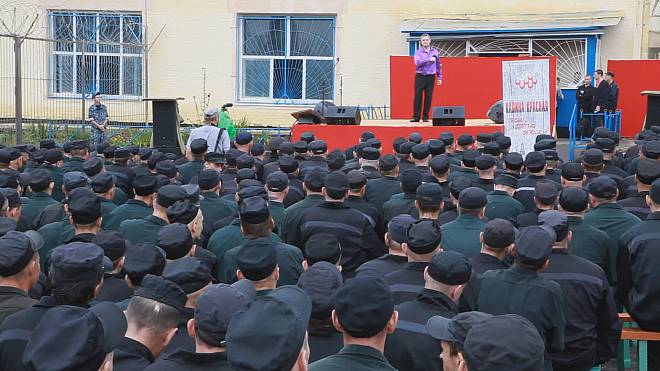 VON SÄNGERN UND MÖRDERN – A TALE OF SINGERS AND MURDERERS (Germany 2016, Stefan Eberlein). A penal colony in Russia where stagnation is enforced arbitrarily by the authorities. All that the thousands of prisoners here have to comfort them as they serve their time is singing in front of a mass audience. Stefan Eberlein gives them a voice – and breaks open the chains of their anonymity. 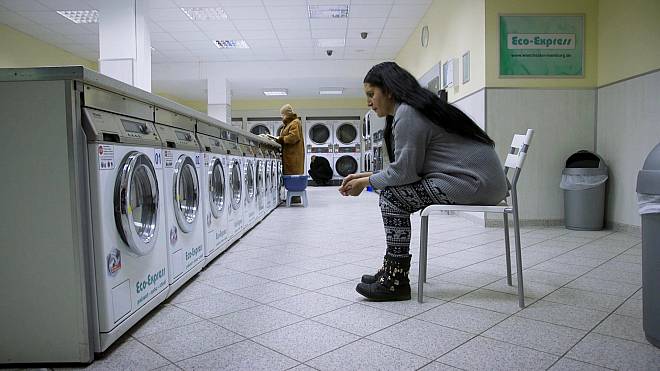 ALLES GUT – I'M OKAY (Germany 2016, Pia Lenz). Djaner and Ghofran, two children who have fled war and persecution, venture out into their new home of Hamburg. Pia Lenz’s observation of the pair has a delicateness that leaves you astonished and speechless. 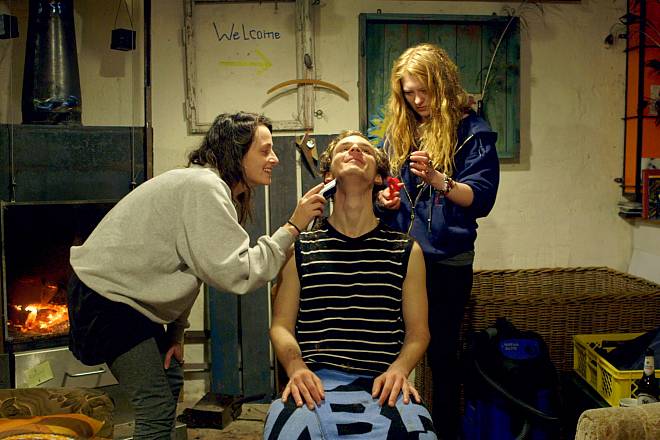 BERLIN REBEL HIGH SCHOOL (Germany 2017, Alexander Kleider). What is more important: learning by rote blindly or collective understanding? Alexander Kleider’s revealing education study is about a radical, self-managed high school in a Berlin backyard: where there’s no pressure to perform (or bullying) and, in return, happy pupils! 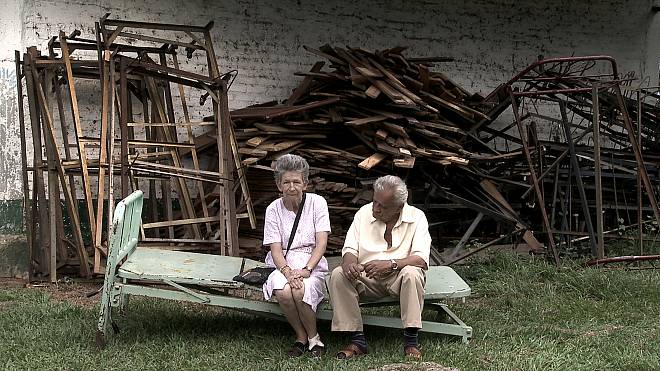 ATENTAMENTE – SINCERELY (Colombia 2016, Camila Rodríguez Triana). Happiness in the autumn of life. In a retirement home in Colombia Alba and Libardo have fallen in love and long to spend a night together alone in a hotel. But at a cost of 15,000 Pesos this is way out of their reach. A gentle observation that is masterful in its simplicity. 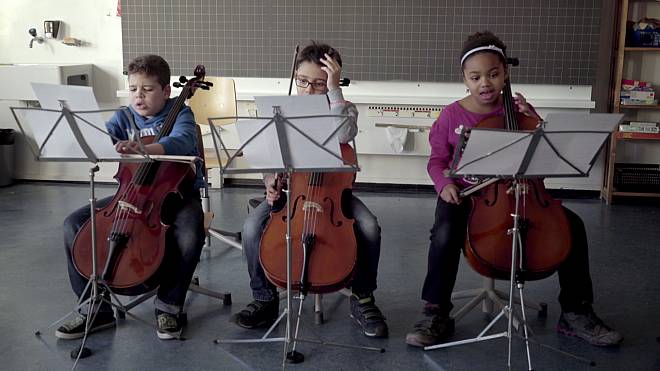 DIE KINDER VON BABEL – THE CHILDREN OF BABEL (Switzerland 2016, Lena Mäder). The “BaBeL-Strings” orchestra is made up of 35 children from 14 different nations. Lena Mäder accompanied the children during their rehearsals together and at home with their families. A tender film with a big finale. 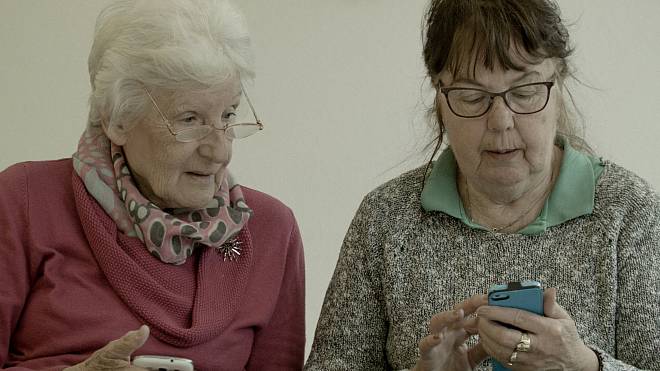 DIGITAL IMMIGRANTS (Switzerland 2016, Norbert Kottmann, Dennis Stauffer). Almost 40 years after the first PC the young people from back then have a date with their seniors’ group for a computer course. Here the future vision of a distant past meets the present day reality. 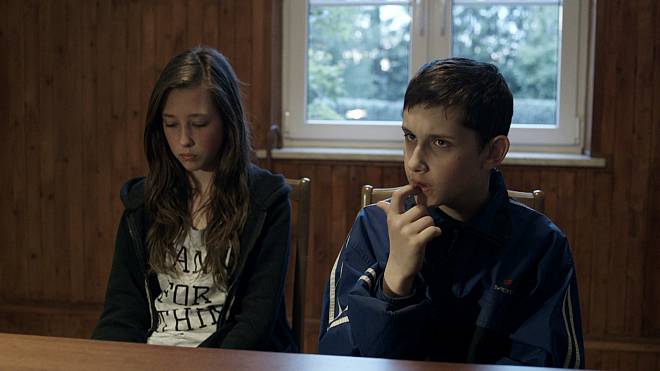 KOMUNIA – COMMUNION (Poland 2016, Anna Zamecka). The heartbreaking story of a 14-year-old Polish girl who has to play the roles of mother, father and sister as well as being herself. Caught in the vicious circle of a dysfunctional family, Ola fights with all her strength against the force of her circumstances. 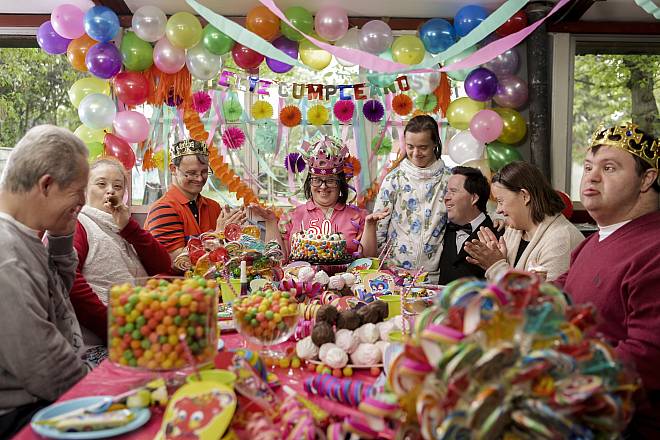 LOS NIÑOS – THE GROWN UPS (Chile, France, Netherlands 2016, Maite Alberdi). Andrés and Anita have just one wish: to start a family. But society has other plans for people with Down’s Syndrome and the school that they have been attending for 40 years remains the only place they can be a couple. A gentle portrait that reveals their frustrations and longing. 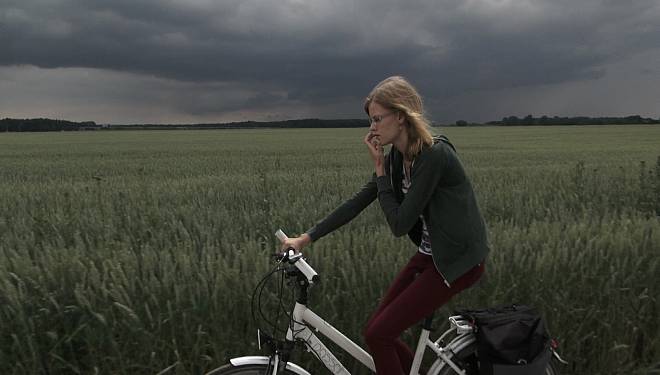 NORMAL AUTISTIC FILM – NORMÁLNÍ AUTISTICKY FILM (Czech Republic 2016, Miroslav Janek). “What am I? An Aspie!” Marjam calls out to the director behind the camera – and is mightily proud of it. From the very first second Miroslav Janek’s multifaceted study of a completely “other” world with rules all of its own is enthralling. 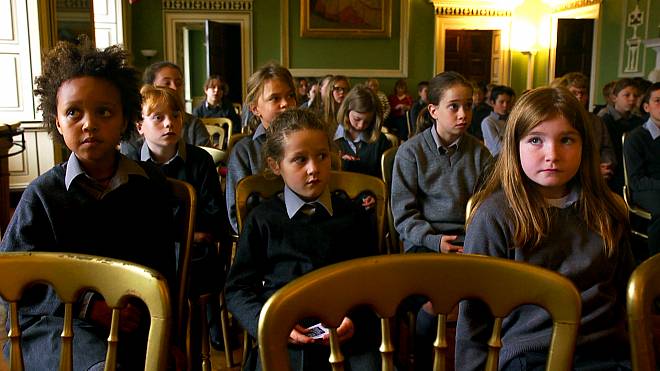 SCHOOL LIFE – IN LOCO PARENTIS (Ireland, Spain 2016, Neasa Ní Chianáin, David Rane). Personal responsibility – that is the essence of what is taught at Ireland’s last boarding school for 7 – 12 year olds. SCHOOL LIFE follows a couple of teachers as they prepare their pupils for adult life with passion and using slightly peculiar methods. 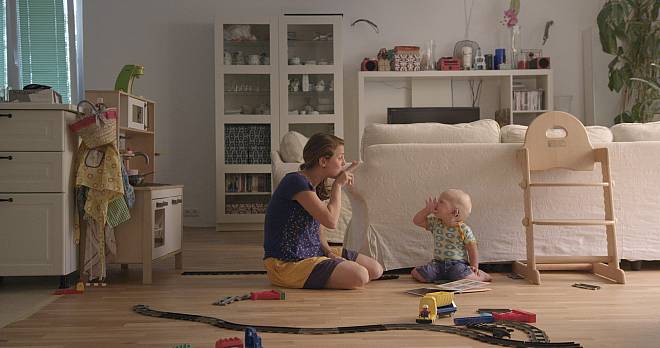 SEEING VOICES (Austria 2016, Dariusz Kowalski). “I decided not to speak although I could!” explains one of the hearing impaired characters in this film proudly. Shouldn’t the “others” learn our language and not the other way round? Dariusz Kowalski’s fascinating insight into a self-contained and far from easy world. 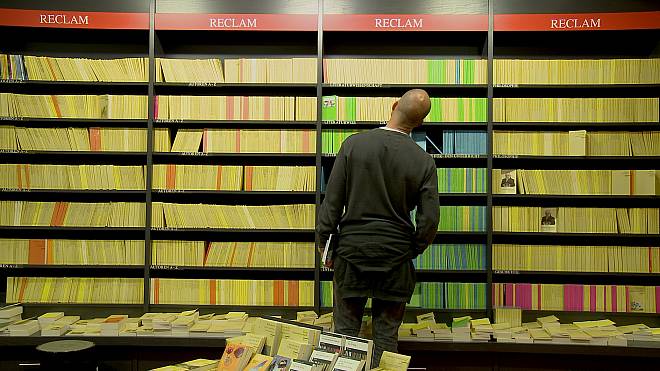 ZWISCHEN DEN STÜHLEN – TO BE A TEACHER (Germany 2016, Jakob Schmidt). Three student teachers are heading for careers in the classroom. After years of study they find themselves face to face with their first classes and have to teach – while being assessed themselves at the same time. With great sensitivity the film observes Anna, Katja and Ralf over the course of 2 years. 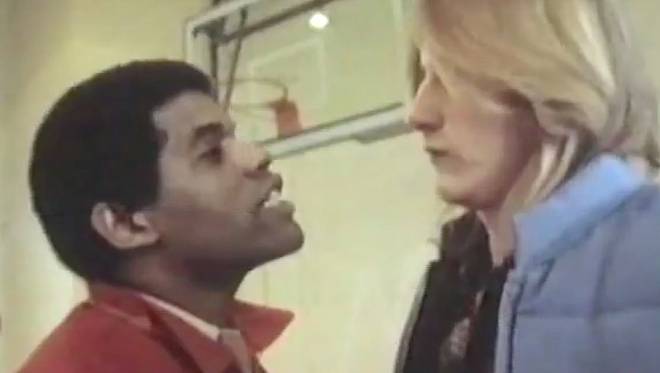 BEGEGNUNG IM KNAST (Germany 1981, Georg Stefan Troller). Last chance saloon. In the high security prison of Moundsville, West Virginia, some convicted felons are tasked with getting a group of young delinquents back on the right track. A disturbing social experiment – fearlessly brought to the screen. 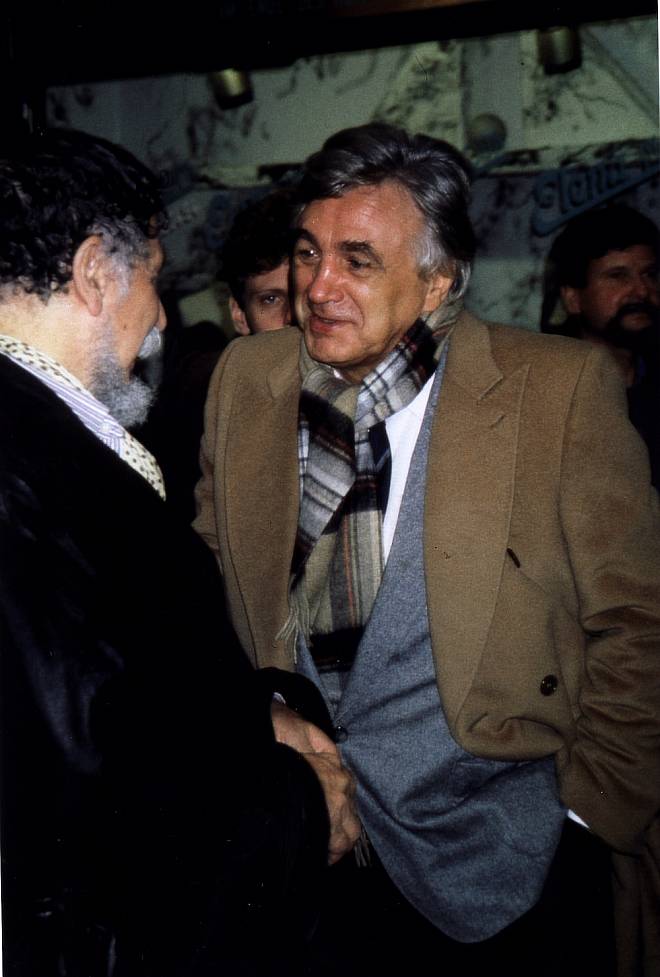 MORD AUS LIEBE (Germany 1993, Georg Stefan Troller). We kill what we love. With an unwavering instinct for our most sensitive spots, Georg Stefan Troller exposes the destructiveness that lies at the heart of our relationships. A film about crimes of passion and the rude awakening that follows. 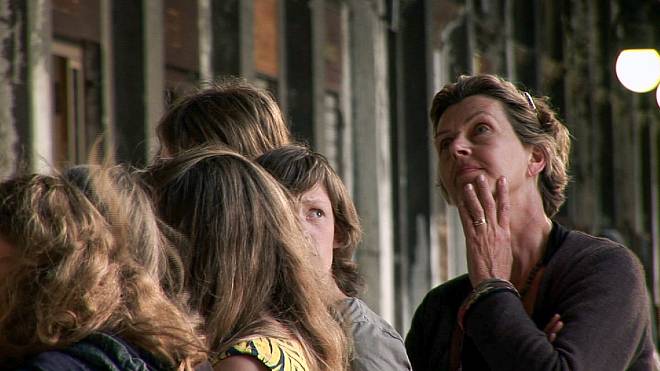 AUF MEINEM WEG – SIEBTE UND ACHTE KLASSE IN DER WALDORFSCHULE (Germany 2016, Maria Knilli). In the provinces of Upper Bavaria the pupils at a Waldorf School are growing up. Here academic subjects are on an equal footing with the development of manual, musical and artistic skills. In this long-term documentation the lust for learning is astonishing – it gives hope for alternative education.