You are a young African filmmaker looking for an international training platform to develop your new documentary film project? For the second time, DOK.fest München together with the Department of Arts and Culture of the City of Munich and the University of Television and Film Munich (HFF) offers a Residency Programme accompanied by training in story and treatment development, financing and pitching.

We are proud to announce that Okuhle Dyosopu and Thomas Muziyirwa, two young filmmakers from South Africa and Zimbabwe, are taking part in the DOK.network Africa Residency Programme this year. During their stay (7th January to 28th February / 1st April to 30th May), the scholarship holders will live in Munich in the WagnisART at Domagkpark and at Villa Waldberta at Starnberger See, two residencies provided by the city of Munich.

The DOK.network Africa residency is aimed at supporting emerging filmmakers from African countries to develop their feature-length narrative documentary film projects at the international level. Thanks to our funding partners we can offer two scholarships including travel costs to and from Munich, a mentoring and training programme, monthly allowances and accommodation in the International Artist Residence Villa Waldberta of the City of Munich. The residency includes two programme periods: 1st period: 7th January to 28th February 2019 / 2nd period: 1st April to 30th May 2019. The month of March is planned for further research and filming in the respective home country.

During the first training block, the scholarship holders will further develop their materials in close connection with the curriculum of the University of Television and Film Munich (HFF). The programme includes workshops and mentoring in the following areas:

This phase also includes cultural exchange events in Munich as well as an excursion to the Berlinale.

During the second stay, the residents will have the opportunity to pitch their projects at the industry platform of DOK.fest München, the DOK.forum Marketplace (9th to 12th May 2019). This period includes the following steps:

At selected roundtables, all participating filmmakers will be invited to discuss and further develop their projects with producers, commissioning editors, distributors and sales agents especially interested in African content. The objective is to facilitate new co-productions through targeted matchmaking. The residents will get full accreditation for the 34th DOK.fest München from 8th to 19th May 2019. The month of March is planned for further research and filming in the respective home country.

The selection jury consists of DOK.fest München and HFF München representatives. All applicants will be informed until the beginning of December 2018. 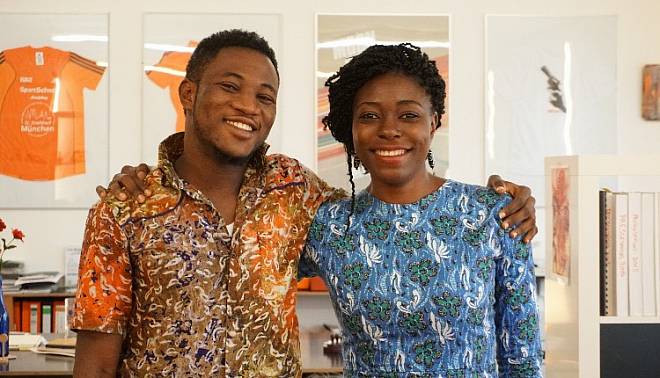