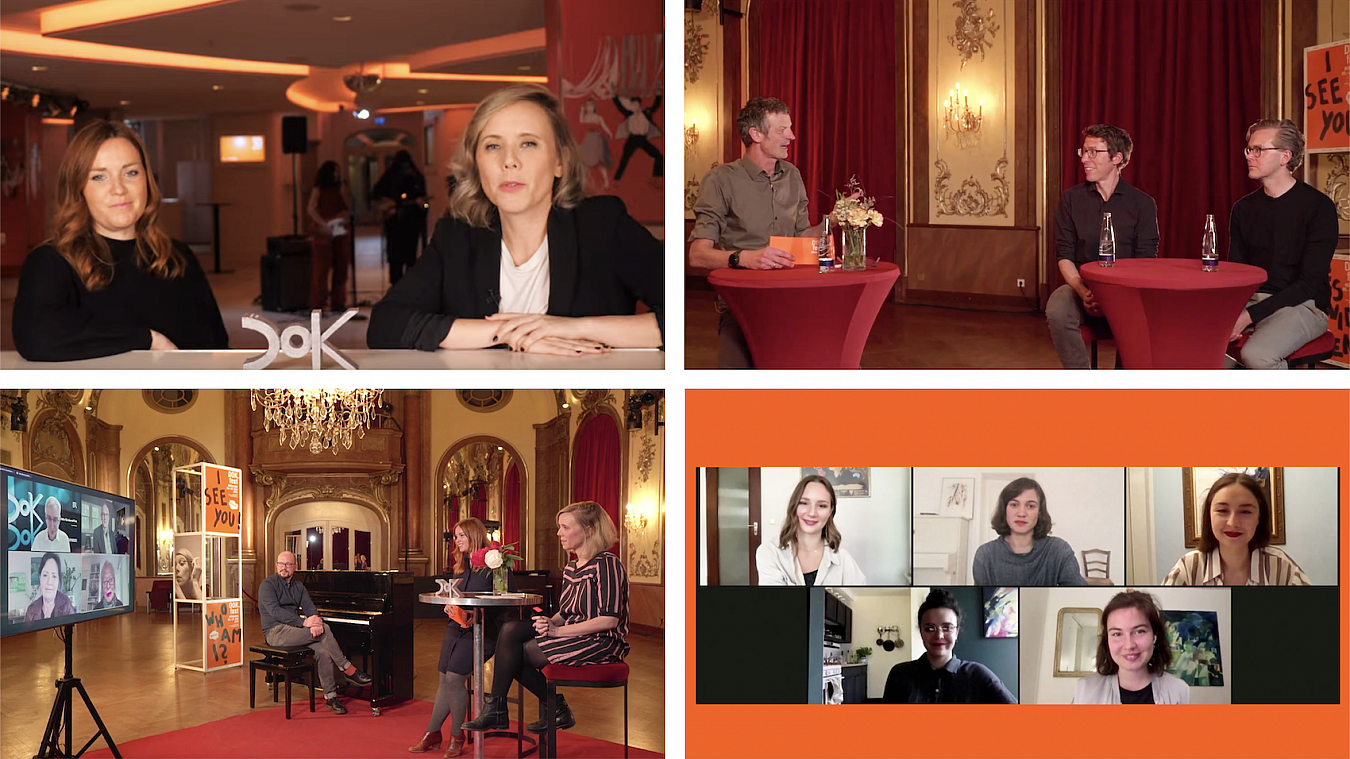 After last year's premiere, the second online version of the festival was again a great success: Almost 71,000 viewers watched the 131 films in the programme, the live film talks and award ceremonies as well as the DOK.forum and DOK.education events.

We are especially pleased that we were able to offer you even more festival feeling this year: In our festival centre in the Silbersaal of Deutsches Theater we were able to welcome almost all directors and protagonists on our digital stage and talk to them about our films. At the DOK.live Film Talks, you as viewers participated via chat. And in the short greetings, the makers introduced themselves personally.

The exchange with them was particularly important to us this year. To get in touch, they had a choice of several options at the 2021 Festival: From Meet & Greet in the digital festival lounge to sending an email to the film team.

The industry platform DOK.forum was also a great success online: 2,417 guests and 221 experts from the international film and media industry took part, and a total of 58 events took place. The film literacy programme DOK.education had a larger online audience than ever before, with over 4,000 viewers nationwide.

Please tell us what you think and with a bit of luck you could win a festival pass for DOK.fest München 2022! It takes about 7 minutes to answer the questions.

Directly to the 2021 survey

We look forward to seeing you at the next DOK.fest Munich from 4 to 15 May 2022 – then hopefully again in the cinemas!