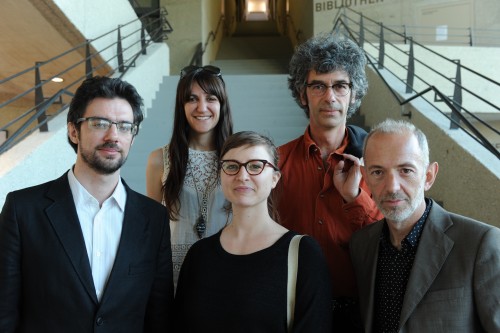 Charlotte Selb, Director of Programming at Montreal International
Documentary Festival. Born in Strasbourg, France, she graduated in Film Studies at Concordia University in Montreal, Canada. In 2003, she joined the RIDM team (Montreal International Documentary Festival), where she is now Director of Programming. She is part of the nomination committee of the Cinema Eye Honors, which honors exemplary craft and innovation in nonfiction film, and has been a member of various film festival juries, including Cinéma du Réel and Fantasia International Film Festival.

Veton Nurkollari, Director of Programming DokuFest. Veton Nurkollari is Director of Programming for DokuFest, Kosovo’s largest documentary and short film festival, which he cofounded in 2002. He is also initiator and head curator of DokuPhoto, an annual showcase of documentary photography
that runs alongside film festival. Veton is a member of the selection committee of Cinema Eye Honors, a New York based organization that recognizes and honors exemplary craft in nonfiction filmmaking. Currently he is involved in promotion of film in rural areas of Kosovo through the “Cinema at Your Door” project.

Chloé Jourdan, Festivals Manager at WIDE Management. Born in 1986 in Poitiers, she studied information, communication and media at the Université Libre de Brussels. After organizing an exhibition of sculptures and being journalist for a website dedicated to contemporary Art, she represented the “Compagnie des Aléas” at the Festivals d’Avignon as person in charge of the communication and diffusion. In the course of her different cultural experiences she headed towards the universe of Cinema where she has found her place as festivals manager for a sales agent of independent films and documentaries.

Nicolas Humbert, writer, director, and producer. Born in 1958, Humbert studied at the Hochschule für Fernsehen und Film München. He is a co-founder of the filmmaking co-operative, ‘Der Andere Blick,’ and the production company, ‘Cine Nomad.’ Since 1987 he has been employed as an independent writer, director and producer. He has worked together with Werner Penzel, Philip Gröning, Simone Fürbringer and Martin Otter. His films include Nebel Jagen (1985), Wolfsgrub (1986), Step Across the Border (1990), Middle of the Moment (1995), Vagabonding Images (1998), Three Windows (1999), Brother Yusef (2005), Lucie et Maintenant (2007) and Wanted! Hanns Eisler (2012).

Artem Zorin, Dr.Habil, Director of Porgramming at Saratov Filmfestival. He was born in Saratov, Russia. Received his PhD in Art Studies from Saratov State University and works there as a Literary, Theater and Film Senior Lecturer. He also acts as a film journalist and screenwriter. Has been involved with Saratov International Festival of Documentary Drama
“Saratov’s Sufferings” as Curator and Head of pressoffice. In 2006-2012 Head of Literary Department and Museum of Moscow Tabakov Theatre. 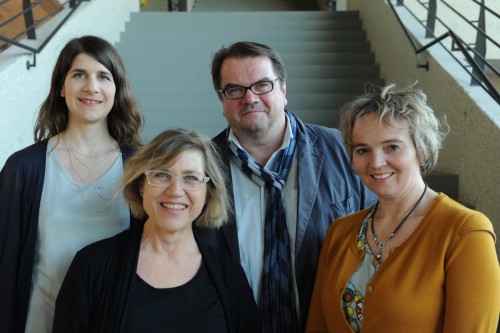 Alfred Holighaus, Director Deutsche Filmakademie. He was born in 1959 in Dillenburg (Hessen) and has been the director of the Deutsche Filmakademie e.V. since 2010. Prior to this he worked as a senior editor at the city magazine, TIP, dramatic advisor, producer and distribution director at Senator Film and as a curator for the German programme at the Berlinale. Holighaus has been and is a member of several film funding boards and the board of trustees for the Kuratorium Junger Deutscher Film. In recent years, as an independent writer and producer, he has made three international documentary films (including “Merle Haggard: Learning to live with myself”).

Andrea Hohnen, Programme Director at FIRST STEPS. Born in Bonn, Hohnen studied music in Florence and Stuttgart (graduating in 1980), followed by theatre, film and television in Berlin (M.A. 1987). She has worked as a cabaret artist, theatre teacher, documentary filmmaker and worked at the
Akademie der Künste in Berlin on the “Europäischen Sommerakademien Film und Medien.” She has been a consultant for international festivals and carried out public relations work for the Deutsche Film- und Fernsehakademie in Berlin. She has worked as the programme director for Filmfest Ludwigsburg/Stuttgart’s short and feature film competition and since 2000 she has been the programme director at FIRST STEPS. 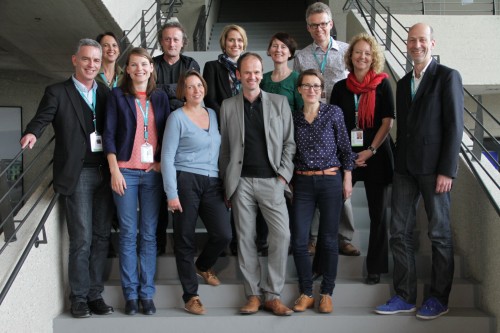 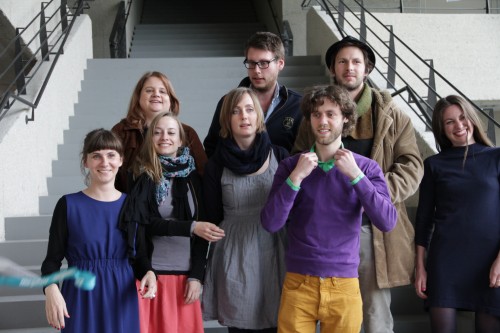