We congratulate this winners of DOK.fest 2014! Find here the winners and the jury statements. 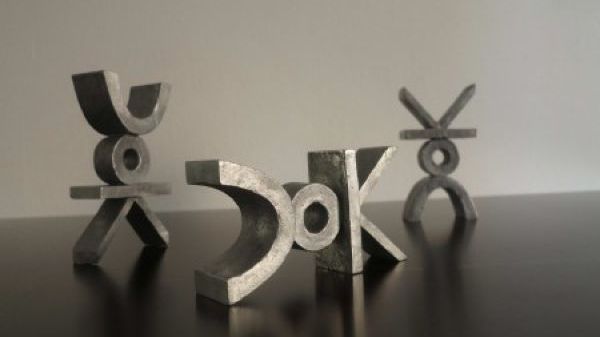 Here are the winners of the various categories:

Jury statement:
“A haunting film with an intelligent, experimental structure in both sound and imagery. A brilliant piece of filmmaking that puts people in the background but speaks volumes about humankind. For the innovative use of non-fiction cinema, the jury awards the Viktor DOK.international to See No Evil by Jos de Putter.”

Jury statement:
"A poetic film about ordinary but exceptional people battling with everyday life. Protagonists struggle for food, medicine, and the freedom of speech. Four different stories are carefully brought together, always critical of the political environment in Cuba. The winner of the Viktor DOK.horizonte is Cantos by Charlie Petersmann."

Jury statement:
NIRGENDLAND is a cinematic reconstruction of a court case in which a daughter and granddaughter accuse their father/grandfather of abuse. Helen Simon assembles together the testimony of the daughter with the trial testimony of the granddaughter, who took her own life after the acquittal of the accused. The author succeeds in showing the mechanisms of abuse as it continues into the next generation. Her film uncovers the tragedy of innocence and guilt and exposes a scandalous verdict of the court. For the courage to take on this difficult issue and its emphatically objective implementation, this film earns the prize of Jury DOK.deutsch.

Jury statement:
Martin Rieck was lucky. With the undertaker couple Anna and Philip he achieves closeness to a subject that our society would rather have disappear alltogether: dealing with the dead. DAS LEBEN NACH DEM TOD AM MEER links observations of the everyday life and relationship of the two with free-associated sequences of images and an original soundtrack. Elegance, dignity, poetry, and irony are the emotional undertones of this film about an unusual life in a small north German town.

Jury statement:
IM SCHATTEN DER COPACABANA is a touching homage to an individual in a one-man struggle. Denize Galiao’s film offers a visually powerful portrayal, not of a superhero, but of a human protagonist with rough edges – and without resorting to clichés of Brazil.

Jury statement:
The documentary film NEULAND by the Swiss filmmaker Anna Thommen tackles one of the most relevant issues in European society – migration. The filmmaker accompanies young migrants in Switzerland and paints an impressive portrait of their dedicated teacher who strives emphatically to get these young people on the right track in a foreign country. For a period of nearly two years, Anna Thommen and her cinematographer Gabriela Betschart accompany the refugees with a delicately operated hand-camera. They succeed in creating an inconspicuous, yet highly intensive portrayal of a group and the struggle for recognition and a new start. NEULAND is an important film that offers a ray of hope and opens our eyes to the issue of integration in Europe, which has long since been one of our most crucial societal challenges.

The megaherz filmschool award 2014
(worth 3.000 EUR, sponsored by megaherz), 1st prize for the best student film:

SCOUTS AT THE CROSSROADS by Sjoerd Niekamp

Jury statement:
Sometimes paths split in two directions. The scout Jasper wants to see the world; his best friend Teun stays back in Gouda. With a sharp eye for the fleeting moment, director Sjoerd Niekamp succeeds in allowing the affinity of his protagonists to be felt. A humorous parable about friendship and goodbyes in life.

Jury statement:
Is the ego located in the head? Is it affected by a tumor that has to be removed? Jona Honer’s Film IK asks this question with the main character Peter and his wife Annette. Seemingly mundane situations such as dinner at home collide with highly technological moments in surgery. Through a powerful dramaturgic reduction this film opens up
a distinct room for thought – and in our heads as well.