More film culture for all! Symposium by Filmstadt München e.V.

MORE FILM CULTURE FOR ALL! appealed Filmstadt München e.V. and invited the film industry and interested members of the public to a two-day symposium at the LUISE cultural centre in early November 2022 to exchange experiences, wishes and perspectives.

Under the impression of the current changes in the cinema landscape, the symposium addressed urgent questions with the perspective of starting an exchange process with other organisations and actors in Munich's cinema, film and cultural scene: Who do we reach with our programmes – and who do we not? Which social groups are represented and involved, which are not? And how can we work and cooperate even better with the actors in the future?

It became obvious what an essential social contribution the art of film makes and how relevant the work of film festivals is for the presentation and evaluation of film culture with and beyond the regular cinema business. DOK.fest München festival director Daniel Sponsel in his keynote on the role of film and cinema as social glue (Friede den Palästen, Krieg den Hütten? / Peace to palaces, war to huts?): "Film art is the most important contemporary art for the transfer of society as a whole. However, this is not reflected much in the funding measures in Germany, where film is largely left to the power struggle of the various interest groups. There is an urgent need for a cultural policy commitment to film culture: the upcoming amendment to the Film Promotion Act offers the next chance to do so."

The Süddeutsche Zeitung was also present and reported on the symposium: Hat das Kino in München eine Zukunft? (Does cinema have a future in Munich?) 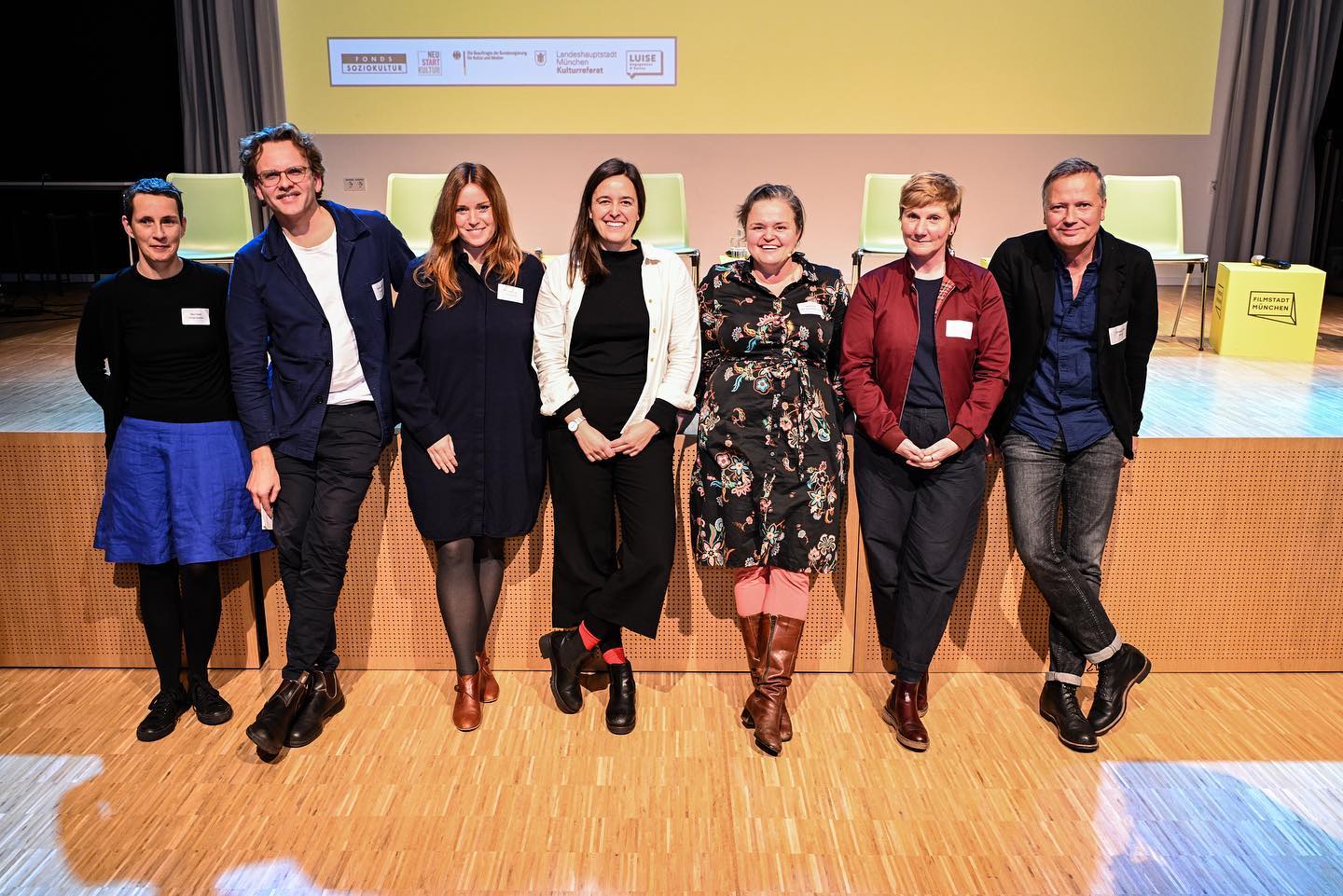 Many thanks to Filmstadt München for organising this important and successful exchange!