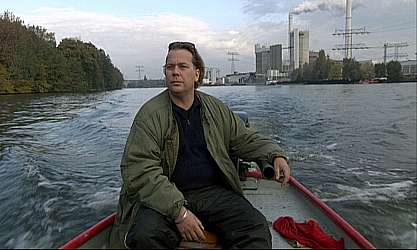 Yes, even East Berlin had its party people. Believe it or not, in the 1980s, one group of young rebels found a way to have fun in the German Democratic Republic.

This is the story of a handful of people who had long quit believing in real existing socialism. They decided to do something about it. In a climate of continuous repression they were able to express artistic freedom in ways which no one would have deemed possible. Clandestine exhibitions, illegal rock-concerts and excessive partying was part of the programme. A clique around singer Jan Sputnik formed a punk-rock band called Democratic Consumption, as a way to earn money. They toured around Germany, performing shows and partied each day like it was their last.

Nevertheless, as time passed most of them succeeded in leaving the country – often by way of Rejkjavik and marriage to willing Icelandic men and women.

When the Iron Curtain came down in 1989 nobody was prepared for it. Once again, lives are toppled over and the ups and downs start anew.

Schräge Zeit is a film about funny, scary and crazy moments in a breath-taking era.

"Whenever my mother saw me walking on the street, she crossed the road and pretended not to know me… Later we would meet up at home and have a great time talking over coffee." Jan Sputnik