Successful film career starts with self care of filmmakers

How to get your film out there and stay sane?

This workshop is part of the Québec-Bavaria-training programme and is also open for accredited marketplace guests.

What are the first steps to be taken from the initial idea towards successfully finishing your documentary film? Finding the core of the film and how to present it. Where to find funding for the project and how to secure it effectively? How does international coproduction work? How to create ideal promotional materials and campaigns for the specific project? How to plan a festival strategy and how the pandemic has changed the festival market? How to get a sales agent and distribute your film? How to reach your audience?

This masterclass is offered by Taskovski Film Training program #docsconnect. Register on our page and become part of the world documentary community TFT #Docsconnect.

Founded in 2003 Taskovski Films Ltd network with head office in  London, and branches across Europe is a documentary company that integrates production, sales, professional film business training and film & art residencies. We believe film has transformative power to change the world for the better. Yearly we carefully choose small amount of films to work with. Our passion is discovering and supporting new and well established talent to tell stories that can spark social change by surprising and engaging audiences across the globe. We welcome innovative, playful and risky forms of filmmaking and authorial stories in fields of arts and culture, history, society, politics and environment, while still maintaining high criteria when it comes to production value, content and form. 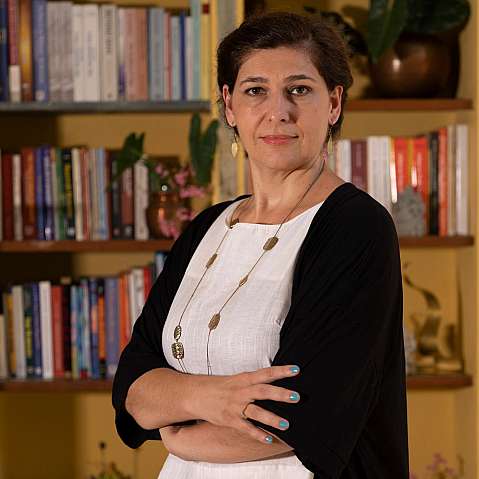 CEO & founder of Taskovski Films, London based world sales and production company with offices across Europe. Irena is working as film consultant/expert on marketing, sales, financing and festivals for many film institutions e.g. HBO Europe, TRT world, Asian Cinema Fund, Dok.incubator CZ, Sources Germany, and Head Tutor at Emerging Producers – at Ji.hlava IDFF CZ. She is a founder of the training program initiative art of creative producing and distribution ” Docs Connect" - Film Training for Conscious Creative leaders and film residencies”.Irena studied in Prague and graduated from FAMU. She also studied at the Sam Spiegel Film and TV School in Jerusalem and obtained a master’s degree at the National Film & Television School in London, UK. She is 5Rhythms mindfulness in motion & movement facilitator and coach for personal and professional growth for film industry members. Irena is a passionate environment, peace, and human unity activist and mental health ambassador for film industry professionals. Irena is a mother of an 8-year-old son.