The winner of the 2nd VFF Dokumentary Film Production Award

The jury had to choose between eight nominated films. 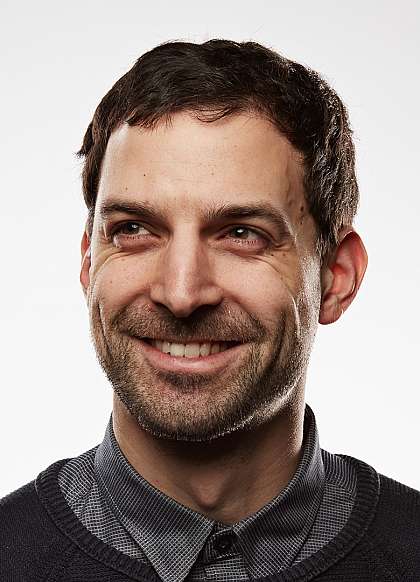 Fabian Driehorst produces documentaries and animated films. In 2011 he founded the studio Fabian&Fred with Frédéric Schuld. So far he has been able to win production grants such as AFAC, DFI, Jihlava Film Fund, Wim Wenders Scholarship, Gerd Ruge Scholarship and the Film Prize of the Robert Bosch Stiftung for his productions. His films have received numerous awards including the German Short Film Award (Lola). Fabian is a member of the AG Animationsfilm board and an active member of the European Animation Awards.

The film consistently pursues a difficult topic: a young man from the Ukraine dedicates his entire life to the fascination of war and wishes nothing more than to finally move to the real battlefield. Until then, his everyday life consists of war plays. Artion, the boy's name, stalks abandoned houses, imitates shooting noises and shoots at enemy chimeras: patriotism has given way to a total obsession with war.

Directors and producers face this meaningless life plan unprejudiced and curious - almost respectfully. The company works without smoke and mirrors: no broadcaster could decide to get involved in this difficult project, no lender wanted to take care of the exploitation. Funding only flows as reference funds from the previous successful short film on the same topic. Fabian&Fred use cash, contributions and reserves and realize BOY OF WAR at the end for 50.400 €!

Not only do they run a full financial risk, but they also accept to shoot in dangerous war and crisis scenes. With this award we reward the high commitment of the producer, his firm belief in this mysterious material in which war becomes a cult, and his great willingness to take risks.

The VFF Documentary Film Production Prize is awarded for the second time at the DOK.fest 2019 and is worth 7500 euros. It is donated by the VFF Verwertungsgesellschaft der Film und Fernsehproduzenten mbH and honours the role of producers in the creation of current documentary film projects.