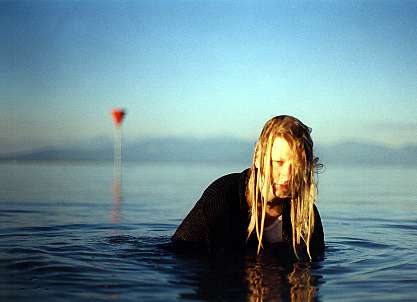 Real life is not a TV-casting-show. For seven years Director Andres Veiel followed four young actors, who have lived to prove it.

The film starts out when Constanze, Karina, Stephanie and Prodromos are auditioning for entrance to the venerable Ernst Bush Academy of Acting in Berlin. All four of them have a passion for the theatre, they are addicted to acting.

When all four of them finally make it, they are elated. Fencing classes, group exercises and roll play are their first experiences at the school. But the initial happiness soon wears of, when their love for drama is constantly put to the test. Enduring the merciless criticism by their teachers becomes the toughest challenge of all. The fight to uphold the will to go on becomes harder and harder. After seven years they must ask themselves, what has become of their dreams.

"Addicted to Acting" won the Panorama Audience Award 2004 at the Berlinale.

All Winners and Awards since 1989