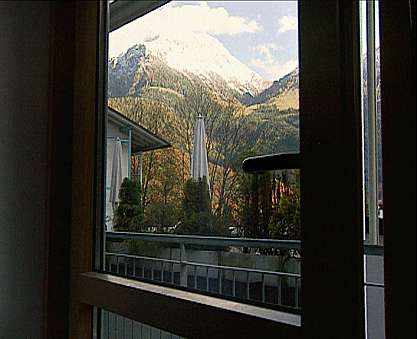 Thomas Harlan, filmmaker, author and revolutionary was born in 1929 in Germany. His father was the infamous propaganda filmmaker Veit Harlan, director of "Jud Süß". During his childhood, as a result of his father's closeness to the Nazi Party, the little Thomas came face to face with Hitler and Goebbels. Now an old frail man, Harlan lives in a respiratory clinic in Berchtesgaden. It is in this clinic in South Germany that he, along with documentary filmmaker Christoph Hübner, examines fragments of his past.

After the Second World War Harlan moved to Berlin and then to France. He met with Gilles Deleuze and Klaus Kinski, wrote plays, poetry and prose, engaged in left wing discourses and in 1959 in Poland he began archival research into the National Socialist regime. This research led to the prosecution of more than 2,000 German war criminals. The pieces of Harlan's life revealed to us in this fascinating documentary are, he says, like shrapnel: they enter the body violently and can cause long-term pain and aggravation.

"I came across Thomas Harlan for the first time in the course of a retrospective of his films at the Munich Film Museum. For a longer period of time, I had myself been working on the subject of 'children and grand-children of the Nazi Period.' I drove to Munich to meet Thomas Harlan and we decided to work on a film together." Christoph Hübner