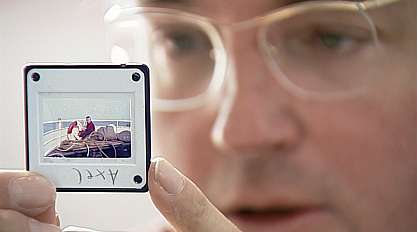 The autistic and highly intellectual Axel Brauns has always lived in his own world. Unable to speak for the first few years of his life and sent to a special school, he nonetheless exceeded expectations and passed his Abitur with the second best grade in his year group. And as if that wasn't enough, the man who could never relate to stories in books, later became a successful author, nominated for the German book prize for his first autobiographical novel "Coloured Shadows and Bats".

But Axel Brauns' true passion was always for the glittering world of cinema so, with the red carpet of Hollywood in his sights, he decided to become a director and give an insight into his unique perspective on life through the medium of film. From the first take, to the premiere, we follow the fulfilment of Axel Brauns' dreams and his daily struggles to 'outsmart' his autism, without ever being able to completely escape it.