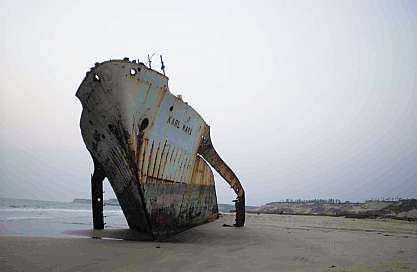 Angola is a country struggling to recover from the devastation of 27 years of civil war. Three years since peace was declared in the former Portuguese colony the land is full of contrasts – between rich and poor, between hope and despair.

Papekkla takes us on a lyrical journey throughout this once war-torn nation, presenting us with a kaleidoscopic vision of the diverse experiences of its people, from the oil barons who are reaping the benefits of the country's rich natural resources to the street children who struggle to earn a living by cleaning their cars. Images of luxurious mansions and exclusive shopping malls are juxtaposed with pictures of rubble and decay, while a soundtrack of urban and rural songs reflects the thoughts and feelings of the land’s inhabitants.

The Portuguese word "saudade" implies a "feeling of longing for something once loved, now gone, but to return in a distant future". Papekkla suggests that this future is still out of reach for the majority of Angolans as they fight just to survive in this rich but anguished land.