With nextus, DOK.education launches a new form of learning. The launch of the new european learning platform took place at the städt. Anita-Augspurg-BOS in Munich, one of ten nationwide partner schools that are testing and further developing nextus with us.

Understanding the history of Europe with documentaries

Europe in moving images. With nextus, DOK.education, the education programme of DOK.fest München, is launching a new learning experience: in a selected programme of documentaries, young people experience European realities of the 20th century. Together with two other European festivals – DocsBarcelona Educació and Thessaloniki International Film Festival – we thus support education about film and european history in the classroom across national borders.

Fiction films and documentaries are already being used in class. The focus is on conveying information about historical facts though in most cases. In an extensive selection process our team of history teachers and film experts has chosen 25 artistically narrated documentaries that stand out from well-known documentary formats due to their unique narrative form. Films that bring personal stories behind the facts to life and leave hardly any student untouched.

Artistic narrative documentaries for the classroom

nextus (former Learning By Docs Europe) presents 25 international documentaries on historically relevant topics from 20th century European history. The content offers a horizon-expanding learning for young adults between the ages of 15 and 30 and is thus suitable for high school, middle school, technical and vocational high schools, and universities.

Teachers can customize their lessons choosing from the carefully curated documentary feature-length films and short film sequences on a variety of topics. With diverse documentary perspectives on world events, the 3-7 minute film excerpts enable a cross-curricular form of learning: here young people experience the history of Europe from different perspectives. How does it feel to grow up as the grandson of a guest worker? What was youth in the GDR like? And what does a contemporary witness tell us about the Warsaw Ghetto?

Following the curriculum of secondary schools, the documentaries can be used in the subjects of history and German but also in social studies, ethics and religion, politics, economics and law. The main topics are the October Revolution in 1917, World War I and World War II, the devastating consequences of the Holocaust, economy, politics and society from the post-war period to the 2000s, emancipation and women's rights, citizens' movements, terrorism, democracy and human rights.

In addition to general European history the platform also addresses national events: Films and film sequences on the German-German border, the Red Army Faction, but also on the National Socialist Underground are represented, as are documentaries on the Greek-Turkish War of 1919-22 and the Spanish Civil War of 1936-39. Thus, nextus offers an exciting addition to foreign language classes. The subtitled films and the accompanying media educational material are available in German, Greek, Spanish, Catalan and English.

Participate as a partner school

In order to be able to evaluate and further develop the beta version of the digital platform together with teachers and school classes, we are making it available to ten partner schools free of charge for the 2021/22 school year. Before the start of the school year the partner schools will receive their own access which is valid for the entire teaching staff and student body. The teachers of a partner school can thus work with the platform across all subject classes.

The representatives of the partner schools have the opportunity to work together with teachers from Greece and Spain on the applicability of the platform and the necessary requirements for teaching. They will gain insights into the development of the film education platform and complement an international creative team with an EU-funded project.

DOK.education accompanies the test phase with a teacher training as well as with a final evaluation. Teachers and students will be asked about their satisfaction, wishes and suggestions.

Are you interested in participating in the development of the digital film education platform? In addition to the ten schools that are testing our platform this school year, we are still looking for interested secondary schools throughout Germany that would like to use and develop the platform. Please feel free to contact us.

Trailer on the Project

nextus (former Learning By Docs Europe) is a collaborative project initiated by DocsBarcelona Educació, with Thessaloniki International Film Festival and DOK.education | DOK.fest München. Since January 2020, the Catalan pilot model Learning By Docs Europe has been running in 10 schools in Catalonia. Based on the experience gained there, the cooperating partners are launching the multilingual platform nextus for the school year 2021/22. The European education project is funded by MEDIA - Creative Europe.

On the 22nd of may the cooperation project Learning By Docs Europe was presented during the DocsBarcelona film festival. Find here the complete online presentation (Spanish language, subtitles are available).

* Feel free to also explore our European festival network Doc Around Europe, initiated as part of the internationalisation of the International Documentary Film Festival Munich *

The time has come: our pilot project will enter its test phase in the school year 2021/22. With ten partner schools across Germany, we want to work on the development and further professionalisation of this digital film education platform. The successful launch of the platform's test run took place on 30 September at one of our partner schools, the municipal Anita-Augspurg Berufsoberschule (upper vocational school) in Munich. 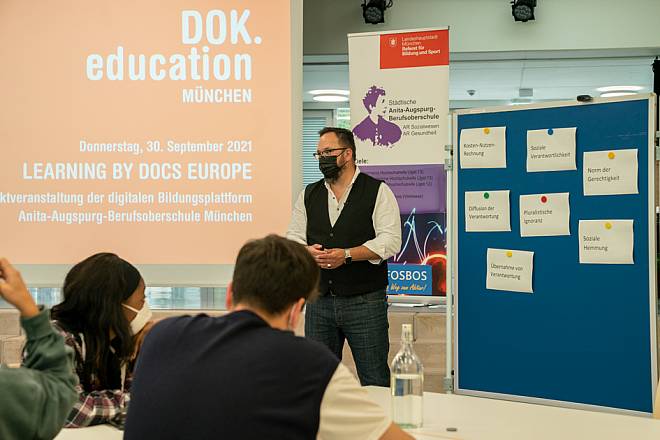 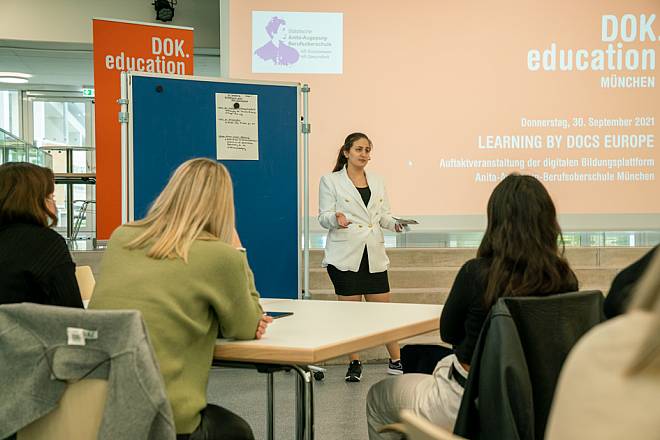 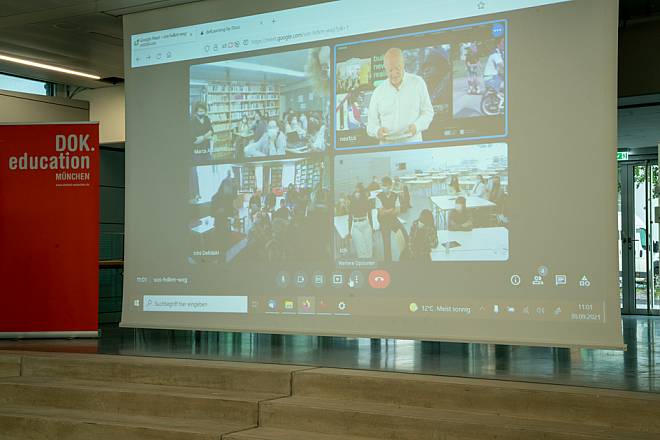 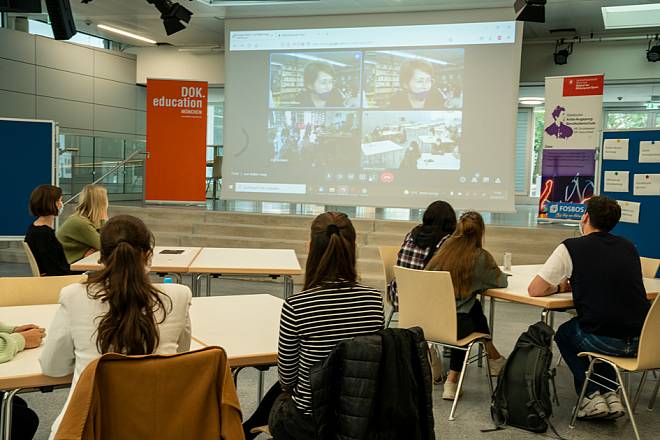 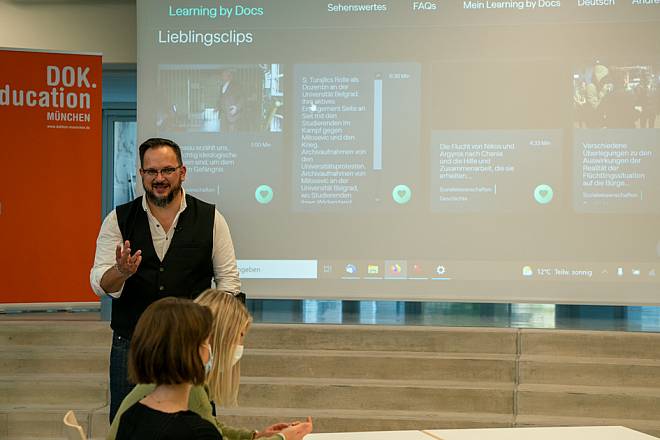 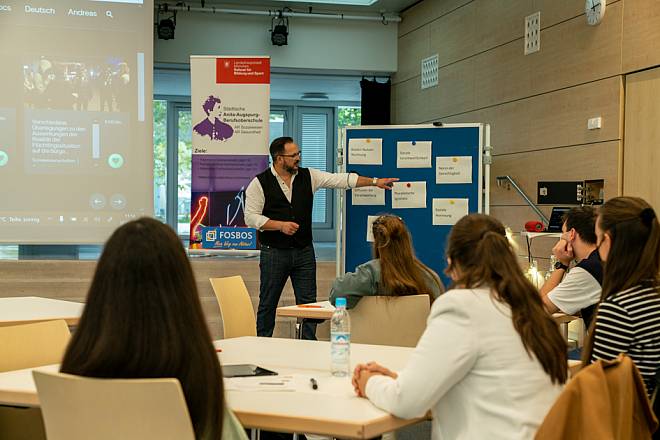 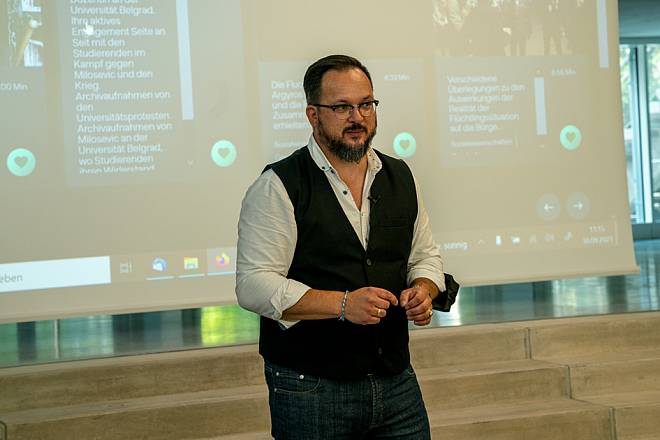 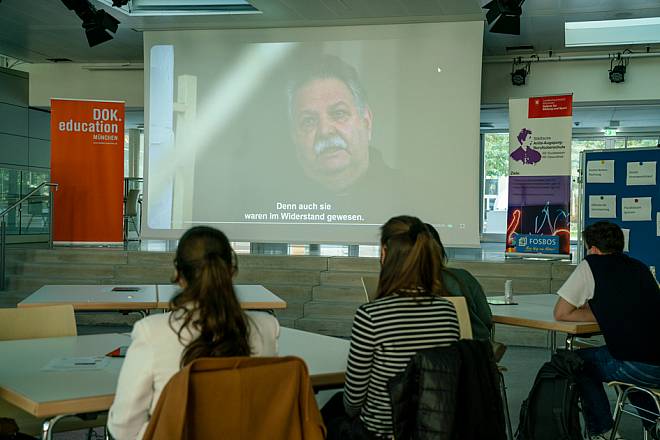 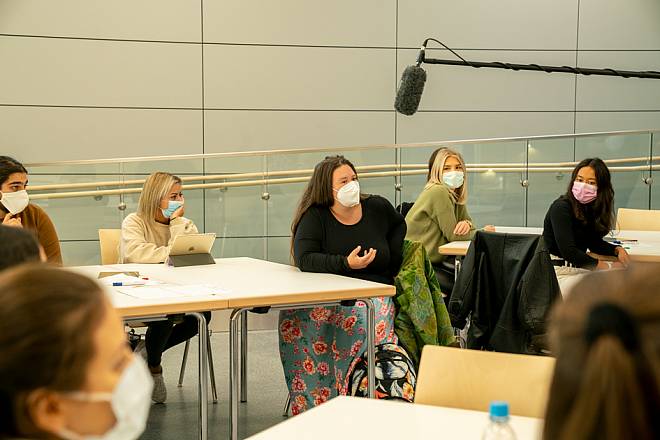 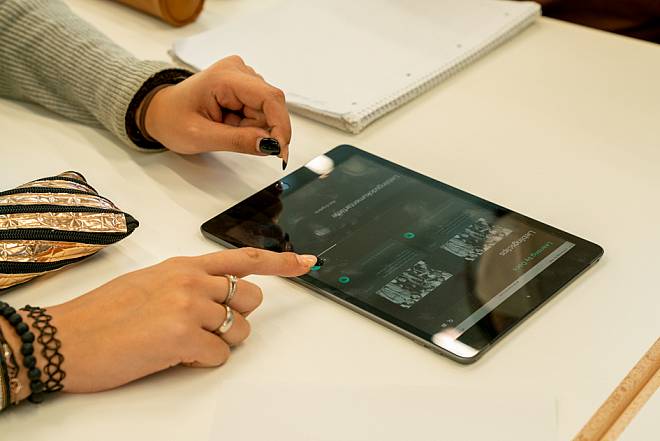 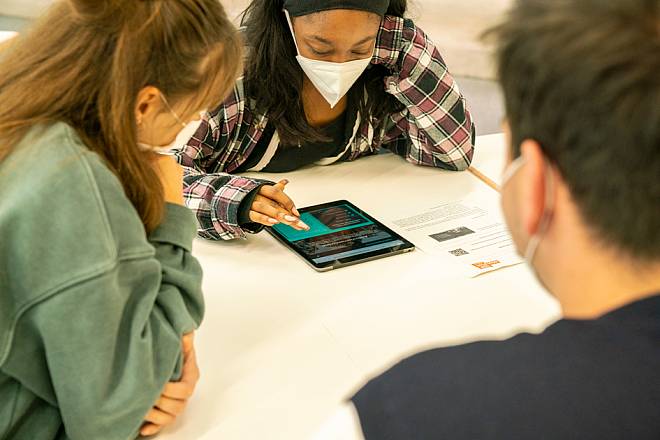 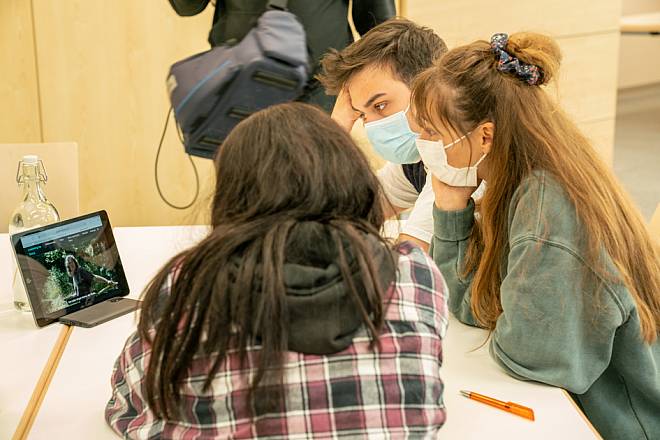 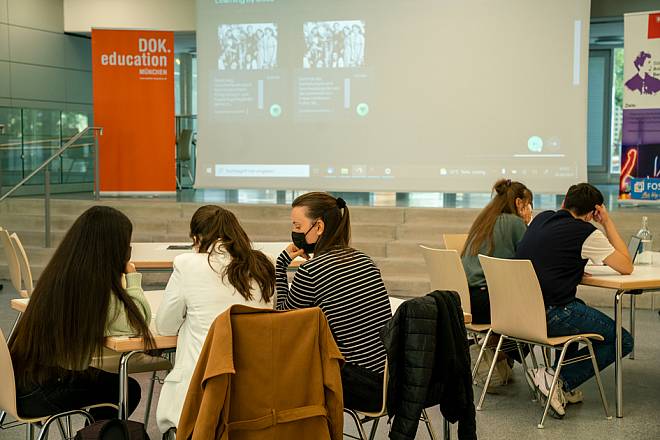 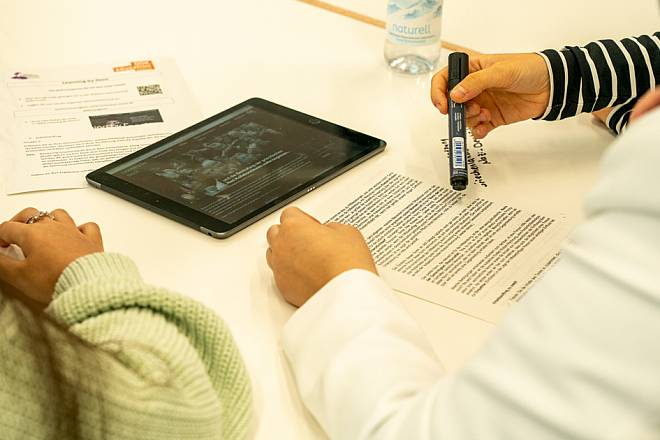 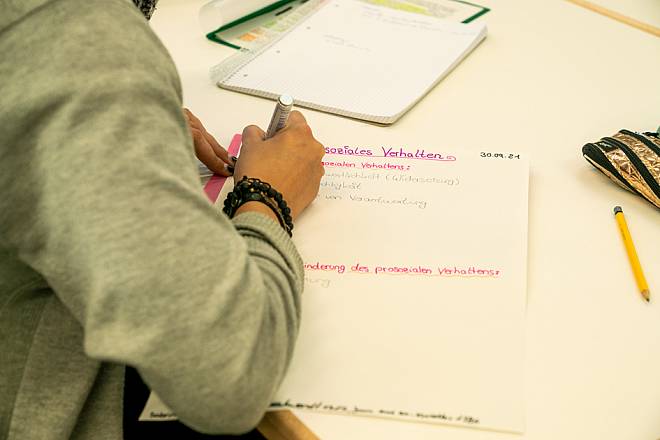