Every film festival thrives on encounters, exchange and discussion! In order to bring you into direct contact with the filmmakers in the online edition, we have a very special offer for you this year: 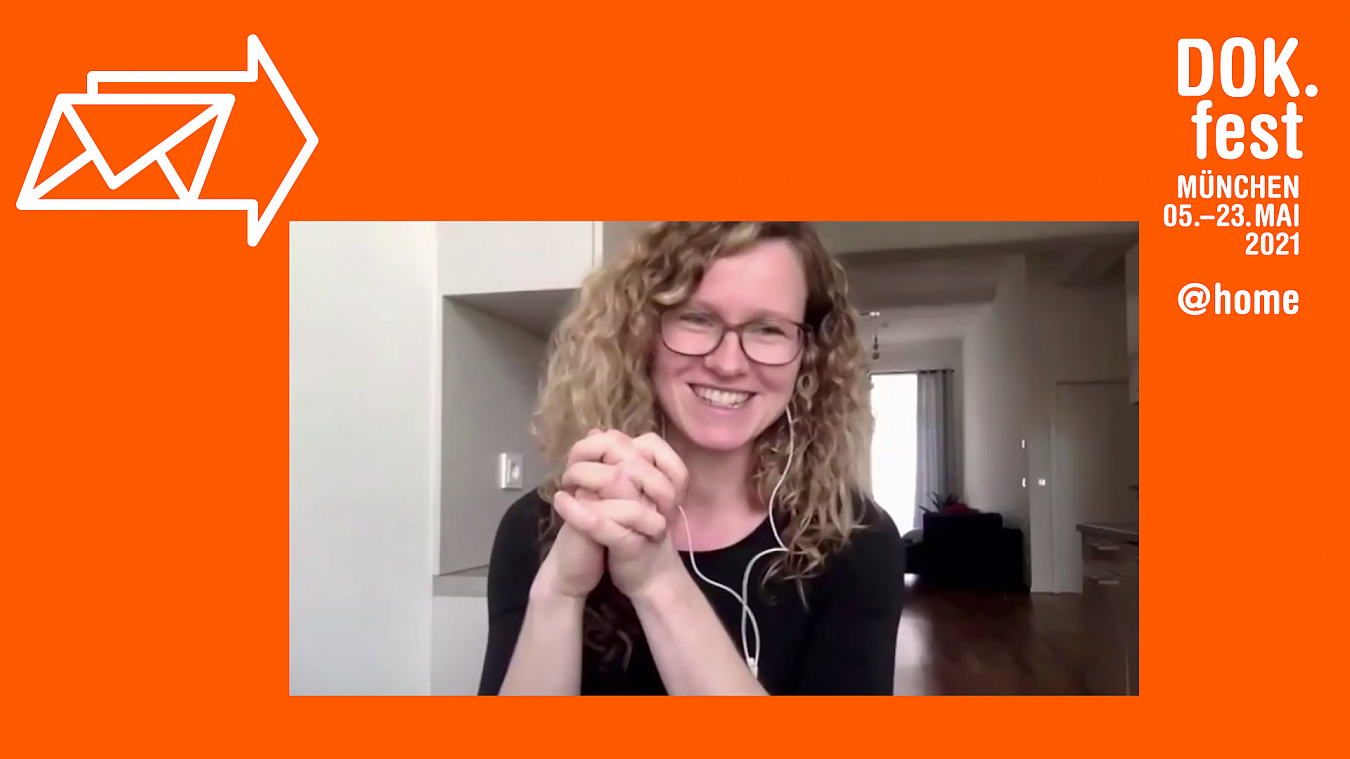 Would you like to get in touch with the filmmakers? Do you have questions or feedback about the film? Then write to us! Please do not forget to include the film title and, if desired, the exact addressee(s) in the subject line. With your consent, we will then forward your message and email address directly to the film teams. Your data will of course not be stored or passed on in any other way.

Of course only published here with your consent

THE ART OF SIN
„Good Evening, I am following my impulse:

That is why I love the Dok.Filmfest soooo much,
that is why I am spending hours in front of the screen until the early morning AND know it’s worth it,
that is why I am inspired to keep doing my work as a political educator although it is making you sad and furious too often and you feel you have to repeat yourself so many times and there a moments of (social and political) frustration...,
that is why I am not only sure but confirmed that in ART the magic for transformation lies,
that is why I will go on visualizing to realize that (film?) project with my ghanaian father (working title LETTERS TO MY DAD),
that is why I also love the talks after the screenings (Thank you Sebastian Sorg) to hear beautiful expressions like „it is working well with mothers“ :-) (needless to say I am a mother of two boys!) - so, to cut it short:

NEMESIS
"I have seen your film NEMESIS and I think it is great. It is documentation, but even more: composition that takes place on different tracks, creating a highly impressive unified body of images and sounds. I wonder what would have happened to me if I had seen this film not on my home computer but in a cinema.

Actually, it's inconceivable that this diverse world of images is possible from a single location. I already know the location from DAY IS DONE. I find the sound and music wonderfully set, the rhythm of image and sound reaches the soul, the film, for all its inherent sadness, has nothing heavy about it (I found it very funny in places), it is a great bow to the construction workers and you realise that the diversity of lifestyles that the old goods station made possible will hardly be transferred to the new building. Also, the linking of the reports of the asylum seekers with the portrait of this building site is very coherent, it makes visible what will soon disappear ... I wish the film every success, for me the 132 minutes were a stroke of luck."

SOLDATEN / SOLDIERS
"You have succeeded in making a great and important film! To accompany three young people in this way so lovingly and with dignity; in their environment, their maturing processes, their challenges; we found that completely successful. All the best for the film team, for the three soldiers and many, many viewers for your film!"

WHO OWNS MY VILLAGE?
Dear Christoph Eder, thank you very much for this film. As a regular holidaymaker on the island of Rügen, I fell in love with Göhren four years ago because it is not as nouveau riche and snobbish as Binz, but pleasantly normal, more pristine and serene and surrounded by the peace and quiet of nature. I, too, have always felt the area with the lift and the multi-storey car park to be a "foreign body" in the town. Through the film I now know why.

In the film, I think you have given adequate space to both sides of the conflict. It is to the credit of "the four off the rack" that they did not hide from their camera. The film tells me something about the trap of self-righteousness that grows out of many years of chumminess and takes leave of the democratic principle. How great it is that an energetic group of citizens has developed so much commitment from a certain point of pain! That gives me strength.

I like how carefully and accentuatingly the film is underpinned with music. In the summer, when I can hopefully spend my holiday on the Mönchsgut again, I will see Göhren with different eyes, not only with love, but also with respect! All the best and once again THANK YOU!

WHO'S AFRAID OF ALICE MILLER?
"The film touched me so much. I think the effects of the war had a huge impact on my mother too and 'this silence' is now weighing on us too (I was born in 84, my mum was born in 46). Thank you so much for that. Also to see how this 'destroys' such a 'man' as Martin. It shows me that the relationship with parents, or in my case the death of my mum and not knowing about her MAY hit you too. I just didn't think I could stand up to it. Thank you! Great film, your intro too! And the film talk. Greetings from Munich"
WOOD – DER GERAUBTE WALD / WOOD: GAME-CHANGERS UNDER COVER
"First of all, thank you for the great film! It clearly shows that we should limit our consumption (not only in the textile sector, where second-hand is already a bit more common - there is clearly room for improvement!) and, for example, better focus on upcycling furniture. I, like many other people, was not aware of how much wood is mined illegally. Thank you for focusing on this important issue!!!"
Top